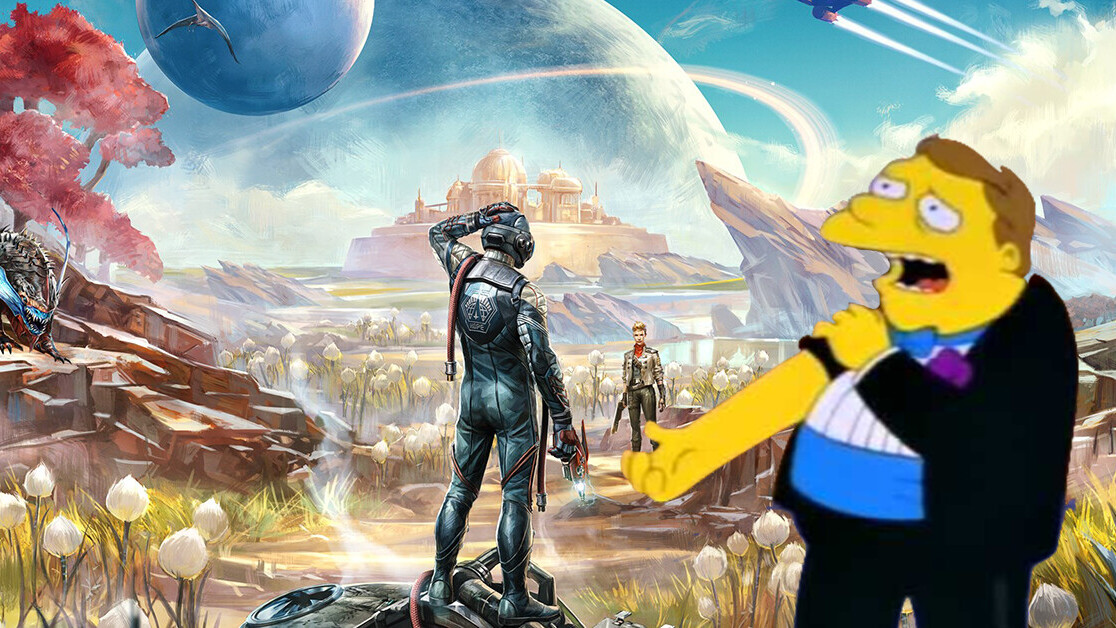 Today, friends, is a Good Day™: The Outer Worlds is being released on the Nintendo Switch. Excuse me while I slip into my Springsteen jeans and fist-pump for the next three hours.

At this stage in the article, I assume you’re one of two types of people: you either know about The Outer Worlds or you don’t. If you’re in the former camp, I give you permission to skim over this part.

Okay, so The Outer Worlds is a first-person RPG set in an alternative reality. It was released on the Xbox One and PS4 in October of last year (check out our original review here) and it was made by Obsidian, the same company behind Fallout: New Vegas — one of the greatest games ever made.

Anyway, this little trailer gives you a decent idea of what to expect from The Outer Worlds:

The question then is simple: why the fuck am I excited about this ported game?

I’ve written before about how good it feels to own a Nintendo Switch and one of the key points of that article is about the wider range of games hitting the system — especially after a pretty tepid launch when it came to third party games.

Now, there’s always a lot of furore around ported games, particularly when they’re moved from a more powerful console to a less capable one, and The Outer Worlds is no exception.

Without getting into all the details, let me give you the summary that thousands of YouTube videos take hours to get to: if you have a PS4 or Xbox One, buy multi-platform games on one of those consoles. They’re going to run better.

Thing is, I only have a Nintendo Switch. And at this stage in the lifecycle of consoles, I see no reason to splash out when a new range is just round the corner (coronavirus dependent, of course).

I haven’t — and probably will never — play The Outer Worlds on PS4, so how it compares to other consoles doesn’t bother me. As long as the game doesn’t run like a total piece of shit (looking at you FIFA) I’m going to be ecstatic about diving into the darkly funny open-world adventure I’ve been waiting for since New Vegas.

Of course, this doesn’t mean that I’ll accept any old crap when it comes to ports (again, fuck you, FIFA) — just that I’m hyped a game I’ve wanted to play since it was announced is now on my console of choice. And the fact I can play it on the toilet isn’t exactly bad, either.

Anyway, excuse me — I’ve got a bag of weed, a free weekend, and The Outer Worlds to get through. Get in my veins.