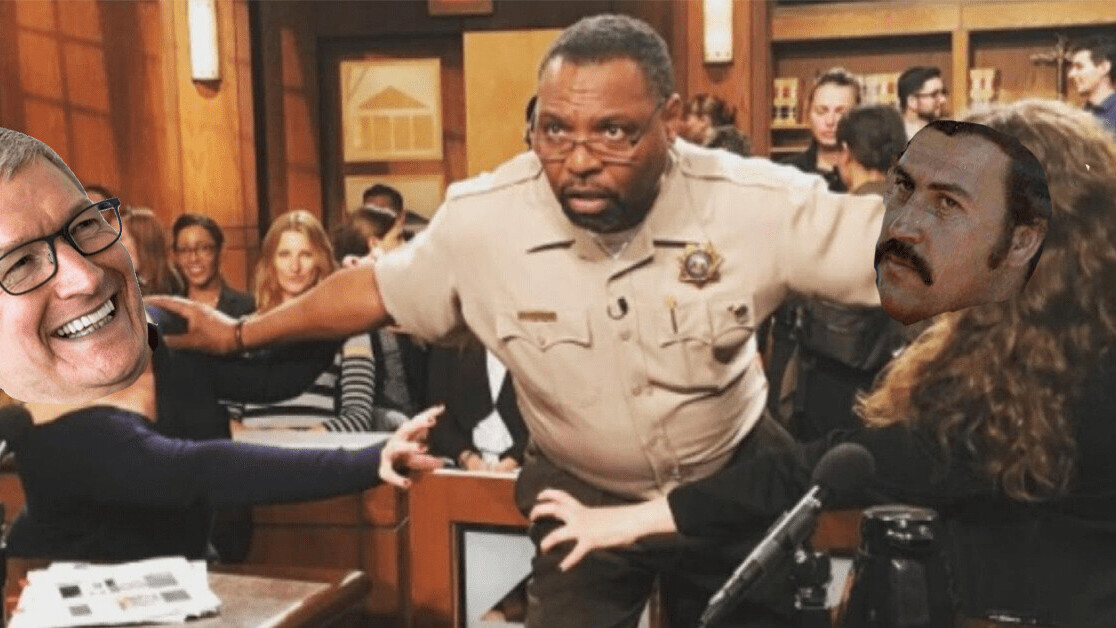 Let’s get this out the way immediately: Pablo Escobar‘s brother is suing Apple for publicity. That’s it.

His company — Escobar Inc. — has used lawsuits in the past to gain public attention. It then uses this increased visibility to “launch” phones (which are literally just relabelled models by other manufacturers) and then scam the public into giving them money.

Really, covering this is probably giving Escobar Inc. the publicity it wants, but the story is simply too delicious to pass on. Don’t say we didn’t warn you.

Escobar claims he purchased an iPhone X after being assured by an Apple support employee over the phone that the device was “the most secure on the market” and “will never be” vulnerable to any exploits in the future — something that was important to him due to previous attempts on his life.

After purchasing the phone, Escobar claims to have received strange FaceTime calls (due to a well documented exploit). This culminated with Escobar being sent a life-threatening letter in January 2019.

After this, he was forced to go into hiding.

So what is Pablo Escobar’s brother actually suing Apple for?

There are three causes of action in the document outlining why Roberto Escobar’s suing Apple: “Breach of Contract,” “Negligence/Negligence Misrepresentation,” and “Negligent Infliction of Emotional Distress.”

The Breach of Contract refers to the part of the lawsuit where Escobar claims he entered into an oral agreement with Apple, which was broken when the company didn’t “provide a phone free of exploits.” For this, Escobar wants $100 million.

The Negligence/Negligence Misrepresentation is claiming that Apple “breached its duty of care” and “failed to notify” Escobar when the FaceTime exploit was found. He wants $500 million for this.

Finally, the Negligent Infliction of Emotional Distress centers around the above points, including the “humiliation, embarrassment, mental and emotional distress and anguish” (it goes on like this for a while) caused by this affair. And what Escobar does want for this?

Will Escobar be successful in suing Apple?

God, of course not. This probably won’t get anywhere near an actual trial.

While the lawsuit looks reasonably legit (it was filed in California by Janey & Janey, a firm with a dodgy-looking website, but seems above board), I can’t imagine this going far.

Some of the key aspects of this lawsuit look shaky (a phone call with Apple support plays a central role in this saga) and the figures are just insane. To put them in some sort of context, Google was only fined $1.49 billion by the EU in an anti-trust case.

Pablo Escobar’s brother is suing Apple for over one billion more than that.

I could be totally wrong, I’m not an American lawyer, but one assumes Apple has a pretty good legal team that’s used to quashing cases like this constantly.

On that note, we’ve contacted Apple about this lawsuit, but don’t expect to hear anything back. If you were them, why would you bring more attention to this issue than it already has? We’ll update the piece accordingly if we receive a response.

Now, it’s pretty clear the whole thing is a publicity stunt by Escobar Inc. Admittedly, it’s pretty funny, but ultimately just a bit of marketing. We contacted them to ask about it.

Olof Gustafsson, Escobar Inc’s CEO, told us that the “court has already accepted [their] lawsuit” and Apple must respond within 30 days of this notice. If it doesn’t, Escobar Inc. will “win [by] default.”

When I asked what they expected to happen, Gustafsson told me that “Apple is aware of its many faults, and this [wouldn’t] be the first time they… pay for it.” According to him, Escobar Inc. “will not surrender [their] case until [they] win.”

We’ll see about that, I guess.

Before we go, just remember: don’t buy anything from Escobar Inc. — if it looks too good to be true, then it is. Also, it’s probably a scam.

(Update, May 27: We edited the piece to include comments from Escobar Inc.)