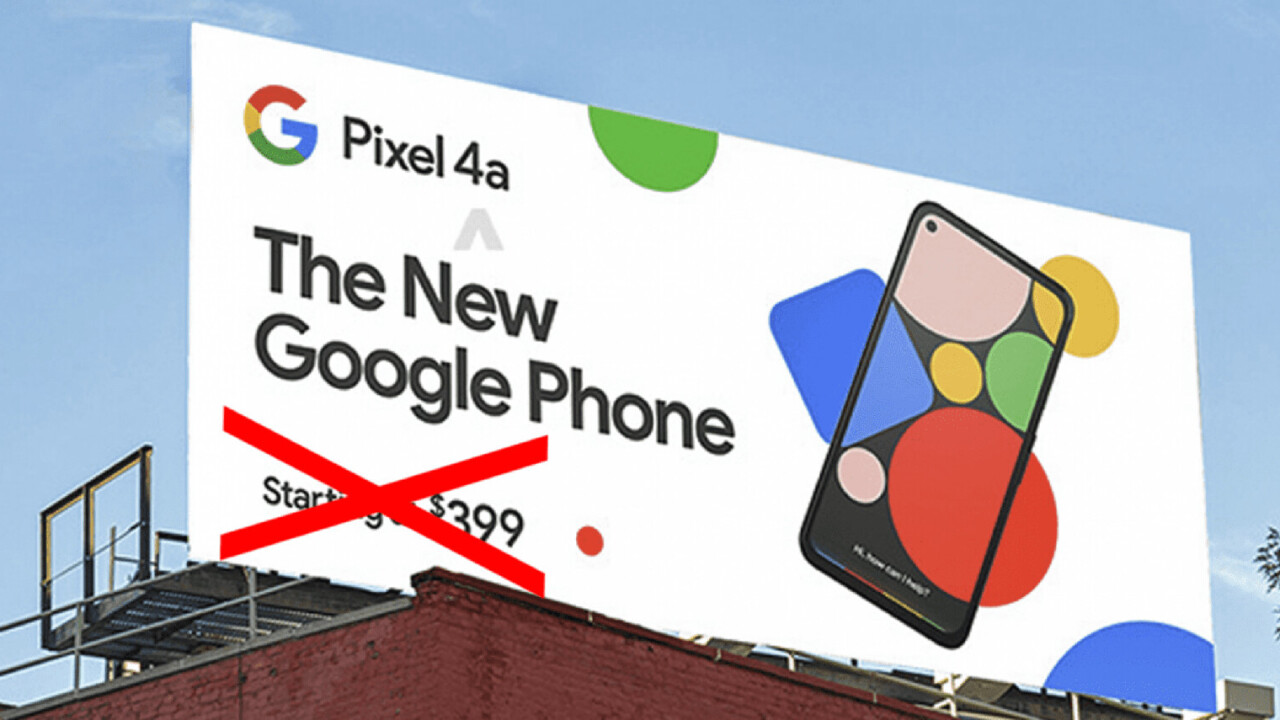 The Pixel 3a was arguably the best Pixel of its generation, providing so much of what makes Pixel phones great — the camera and software, mainly — at a far cheaper price of $399. And though almost every rumor so far has pointed to a $399 price point for Google’s budget phone, one rumor making the rounds today suggests the phone might just be significantly cheaper than anyone expected.

$349 for 128 GB. So says Stephen Hall from 9to5Google, suggesting that Google will forgo a 64GB option this time around.

That’s a bold claim, considering leaked marketing materials from the ever-reliable Evan Blass had directly pegged the price at $399. If both rumors came from authentic sources, one can only imagine that Google decided to cut the price after the announcement of the $399 iPhone SE.

At $399, the iPhone frankly just seems like a better deal. While both phones feature similar photographic capabilities as the primary camera on their flagship siblings, the iPhone SE also shares the same processor, ensuring similar performance for years to come.

The Pixel 4a, on the other hand, is expected to come with a Snapdragon 765, which is a fair bit less powerful than the Snapdragon 855 in the Pixel 4, let alone the 865 in newer models (and presumably, in the fall’s Pixel 5). That puts a question mark on its longevity, but at $349 with twice the storage of the iPhone SE, it becomes much more appealing.

$50 bucks may not sound like much, but in the midrange price bracket, it can be enough to decide a purchase. Considering some of the recent internal shakeups within the Pixel team, Google likely wants to build as much momentum as possible before the Pixel 5 arrives later in the year.