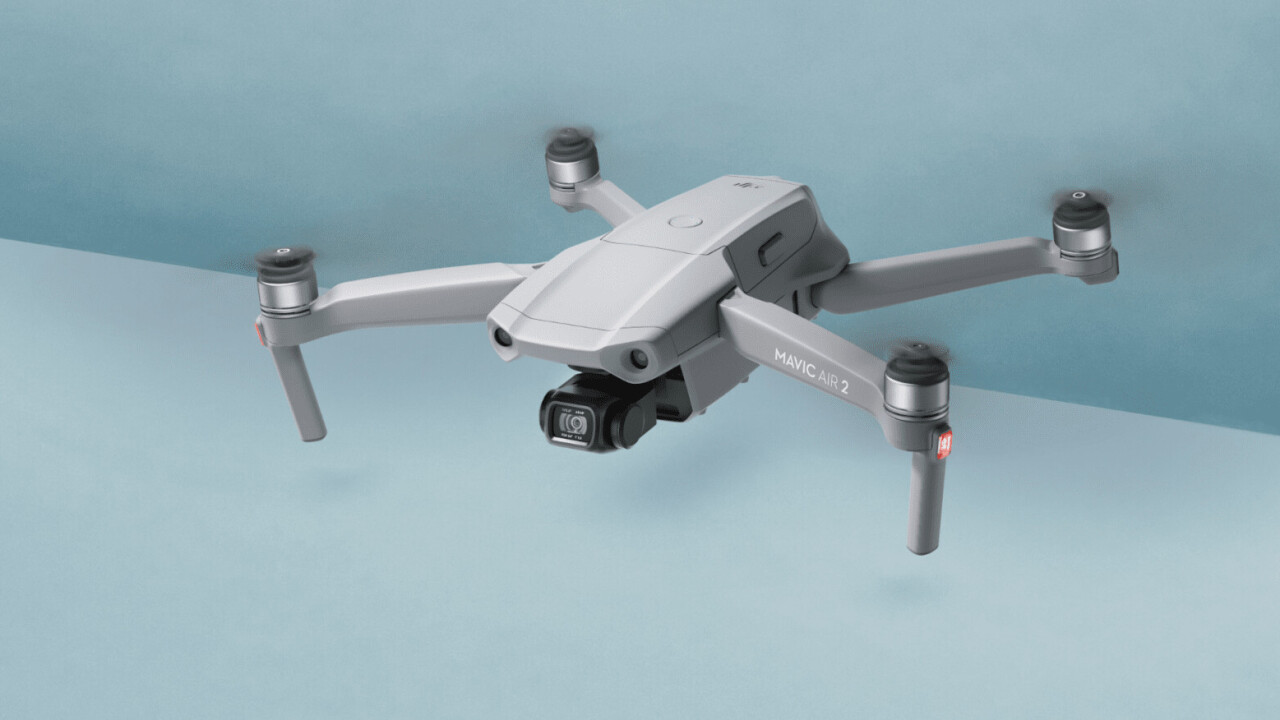 DJI today revealed its latest consumer drone, the Mavic Air 2. The followup to the popular Mavic Air — now two years old — the new model aims higher in nearly every respect. It has a better camera, better battery life, and better video capabilities. Despite this, it’s retailing for the same $799 launch price as its predecessor.

For budding aerial photographers and videographers, the most important change may be the new camera. The Mavic Air 2 features a 48 megapixel, 1/2-inch sensor capable of shooting 4K video at 60 fps at 160mbps and 8K video timelapses. The sensor features pixel binning to create higher quality 12-megapixel images, or you can use the full 48MP resolution when needed. It can also shoot HDR video (at up 4K 30 fps) and slow-motion at up to 240fps in 1080p.

Specs aside, DJI says it’s improved the drone‘s imaging AI to recognize scenes and automatically choose the best shooting mode, such as HDR for daytime, or Hyperlight – DJI’s take on Night Mode – for the night.

The Mavic Air 2 is actually a bit heavier than its predecessor, at 570 grams rather than 430, but it packs a larger battery that’s able to fly for 34 minutes instead of just 21. This is also aided by more efficient motors and improved aerodynamics. You can use that extra time to fly further too, as the improved video transmission technology now operates more reliably at distances up to 10 kilometers cubed.

DJI also says it’s continued to improve its object detection sensors and AI. The Mavic Air 2 introduces version 3.0 of DJI’s Advanced Pilot Assistance System (APAS), which detects objects and automatically reroutes the drone to avoid collisions. DJI says the new version uses 3D mapping for smoother transitions and greater fluidity even in complex environments. The Air 2 is also DJI’s first consumer drone with AirSense technology that receives signals from nearby aircraft to warn the pilot about their approach.

Because of the ongoing pandemic, DJI is planning a bit of a staggered rollout. The Air 2 will go on sale in China today, but buyers in other regions can begin placing their pre-orders as well. The drone will then be available on May 11 in the US and May 15 in Canada, with other regions to follow. Pricing starts at $799 for the basic drone package, or $988 for an extra shoulder bag, ND filters, a charging hub, and three extra batteries.