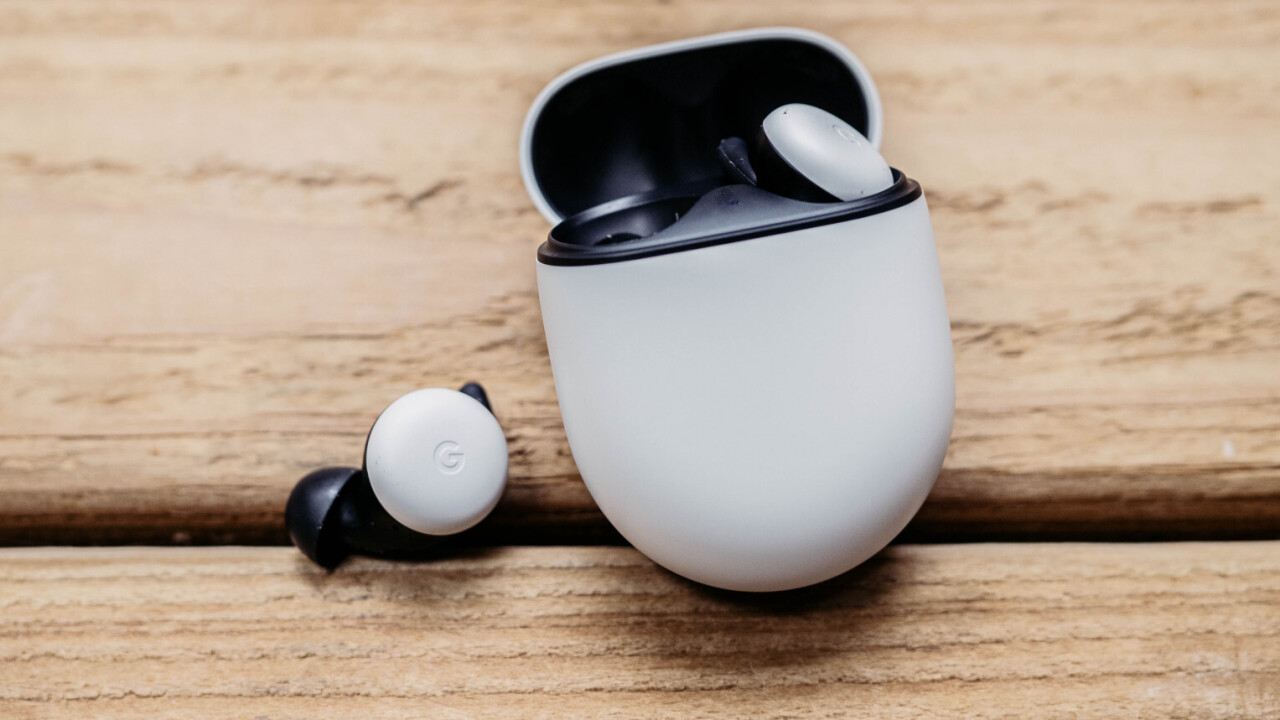 Google‘s original Pixel Buds, its first attempt at challenging Apple’s AirPods, was less than successful. Though I personally had a soft spot for their unique design and loved the (at the time) unique Google Assistant integration, several significant flaws made them difficult to recommend.

They weren’t fully wireless, requiring a cable between the buds. They were a pain to put in and out of their case. There was no way to skip tracks without talking to the Assistant. Pairing didn’t work half the time. And perhaps worst of all, they were uncomfortable for many ears,  and for some they simply physically too large.

Google‘s 2020 Pixel Buds, available today for $179, fixes all of these problems. Though I’ve only had the headphones for a few days, it’s already apparent that they are not only a massive improvement over the original — they are new the true wireless headphone to beat for Android users. Google finally has a good answer to the AirPods.

Let me be clear what I meany by that. The Pixel Buds are not the best-sounding wireless headphones out there (though they’re no slouch). Nor will they fit everyone’s needs (the lack of active noise canceling is a notable omission). But they get the basics of the user experience so right — and are priced fairly enough — that I think it’ll be hard to recommend anything else to anyone that isn’t audiophile or doesn’t need noise canceling.

It starts with the pairing process. Pop open the case, a notification will appear. Tap on it follow a short tutorial, and you’re done. Re-open the case and you can check battery life.

It’s a far nicer onboarding experience than the usual menu-fest, much more akin to the AirPods. And if you’re using a non-Android device, there’s a button on the back of the case to make the connection instead.

Then there’s the design. It’s hard to tell from individual photos, but the new Buds are much smaller than the original. Unlike the standard 2017 Pixel Buds, the new model is of the kind that goes deeper into your ear canal to create a seal. Despite this, the new models are far more comfortable, in part because they are vented so as to not create too much pressure in the ear canal.

I could not wear the originals comfortably for more than an hour or two, but I had no trouble falling asleep with the new ones. My girlfriend has trouble fitting nearly any wireless headphones but had found the new Pixel Buds comfortable. And because of the little rubber ‘wings,’ they stay put while moving; I was confident they wouldn’t fall out of my ears while cycling with one bud.

I like the aesthetics too, even though you’ll still look like you got a Menthos stuck in your ear.

The controls are reliable and intuitive, aided by the large touch surface:

It’s my favorite control scheme on a pair of earbuds yet, and I don’t need to finagle with tiny buttons or awkardly repeat inputs. The headphones react instantly, and they have a different chime for every action, giving you immediate feedback to confirm it interpreted the right command.

Better yet, all the controls work with both earbuds; you don’t have to worry about not being able to skip tracks if you only have one earbud in, for example. This is a welcome detail, as I often use only one bud, such as when I’m cycling. But it’s also handy if I only have one hand available while cooking or walking the dog.

It’s also worth noting that if I’m only using one earbud the headphones still pair instantly. That might not seem like much, but with other earbuds it can take several tries before my phone recognizes that I only want to use one earbud. Sometimes, they will also glitch out when I then try to go back to stereo. I’ve had no such issues with the Pixel Buds. And there’s another welcome feature: You can ring your earbud if you lost one. As long as it’s within Bluetooth range, it’ll emit a sound to help you find it.

Naturally, Google Assistant integration is a big selling point for the Pixel Buds, and they are the first earbuds with built-in hotword detection. While you can use the tap-and-hold method mentioned earlier, you can also simply say ‘Hey Google’ or ‘Okay Google’ even if your phone itself is too far to hear. As with other Assistant-enabled headphones, you can have Google read notifications aloud and you can dictate your response, but it all just seems to work more quickly and reliably on the Pixel Buds.

The hotword detection works so well in part due to what seem like high-quality microphones. During calls, participants said they could hear me clearly, and the microphones even held up to some wind noise while riding my e-bike.

While this seemed to work well enough during my testing, it also highlights the lack of noise canceling. One of the oft-forgotten benefits of noise-canceling headphones is that they allow you to listen to music at lower volumes, thereby protecting your hearing. So while Adaptive Sound is appreciated, it might not be needed if the headphones had ANC in the first place. The headphones do block out some noise naturally — certainly more than the standard AirPods — but not more than any other earbud with silicone tips.

Conversely, I also find myself missing the ‘ambient’ modes found on many other headphones that actually enhance the sound of the environment so you don’t have to take one or both earbuds out to hear your surroundings clearly. Here’s hoping Google considers adding these features via software update, though in the Pixel Bud’s defense, most of the headphones that offer these features are more expensive.

As for the sound quality itself, it’s surprisingly good. It’s better than the original Pixel Buds, which I already liked, and significantly better than my recollection of the original AirPods. I find the Buds a step down from my audiophile favorites like Sennheiser‘s Momentum True Wireless 2, Sony‘s WF-1000XM3, and Master and Dynamic’s MW07, but again, these are more expensive.

Bass is the star of the show here — and it’s arguably better than the bass on any of the above. Because they create seal with your ear canal, they dig deep down into the sub-bass. But because the earbuds are vented, they also don’t create that weird pressure in your ear when listening to bass-heavy content.

It’s actually one of the most speaker-like bass experiences I’ve gotten from a pair of earbuds, and it’s tuned to be almost the right amount for my tastes. That said, bass is just a little bit tamer than I’d like for some genres, sometimes causing the headphones to sound a little wimpy on some tracks.

The rest of the frequency range is solid too, presenting natural timbre on most instruments and vocals. Where they fall short for me is that the treble is laid back to a fault. There’s detail, but it’s pushed back.

I suspect Google tried to make sure the headphones never sounded too aggressive, but the sound is just a little too laid back for my liking. I might get used to it as I use the headphones for longer, but I wish Google simply included basic tone controls or EQ functionality so I could pull up the highs a little. Contrary to some audiophile’s beliefs, EQing headphones does not usually hurt their sound quality. There’s no harm in giving users some flexibility.

That said, if you’re very sensitive to high frequencies, you might appreciate this warmer tuning. I’ll have a deeper breakdown of the sound quality with some measurements once I spend some more time with the headphones, but ut for now, I think they should suffice most listeners who are not looking for the pinnacle of sound quality from their earbuds.

Lastly, Google claims about 5 hours of battery life per charge, with enough charges in the case for a total of 24 hours. That’s good enough for me and I haven’t depleted the battery in regular usage, but you might want to opt for something with longer battery life per charge if you have your buds in all-day or are a regular flier. The case can now be charged wirelessly though, which is a nice touch.

The new Pixel Buds may not sound all that special on paper, but it’s the subtle details that Google got right. It’s little touches like the quick pairing, reliable controls, instant feedback, and unmatched Assistant integrations that make them the most enjoyable true wireless earbuds I’ve used yet, even if their sound is a notch behind the best in sound quality, and even if they’re missing a few popular features. Here’s hoping Google considers adding ANC, an ambient sound mode, and EQ via software.

Still, at $179 — $20 more than a pair of AirPods — I don’t think anything else quite matches the new Pixel Buds’ combination of comfort, sound, and usability. Google clearly learned its lesson from the first time around; if you don’t need noise-canceling or the absolute best in sound quality, the new Pixel Buds get my top recommendation.