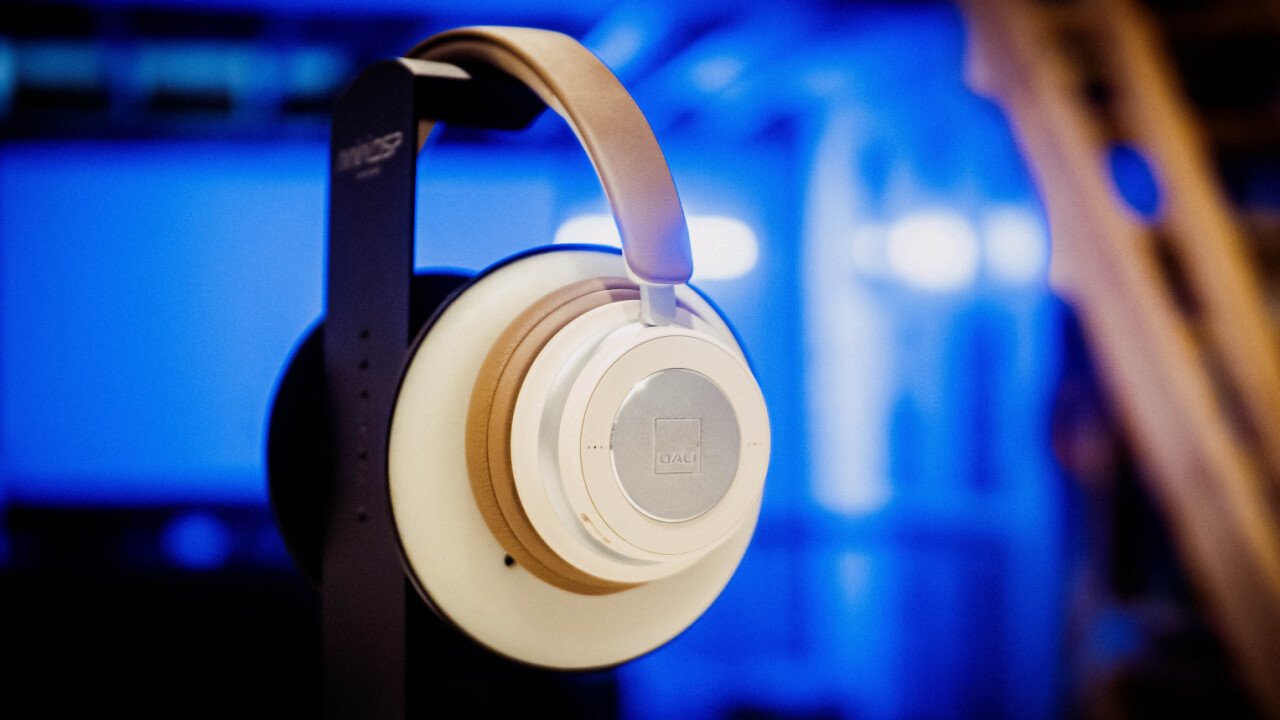 For years, I was one of those picky audiophiles who swore they’d never use noise-canceling headphones for serious listening. Early ANC (active noise-canceling) models created weird pressure in your ear, had boomy bass, and killed detail in the highs. It’s only in the past year or two ANC headphones from the likes of Sony and Bose have gotten good enough to change my mind. So it shouldn’t come as a surprise that I’m a little skeptical of any newcomer entering the market.

That’s how I felt when Dali, the venerable Danish speaker manufacturer, offered to let me try its new IO-6 headphones.

The company has been building speakers since 1983, but it’s largely focused on European markets, and it’s never made headphones of any sort before (let alone of the noise-canceling variety). And at $500 a pair when many great options start at $300 or $400, the IO-6 had better be very good.

My skepticism was unwarranted. Dali’s IO-6 makes a strong showing as the company seeks to expand into new markets. Not only are the IO-6 indeed very good, they might be my favorite ANC headphones right now.  Though they lack a killer feature, Dali’s first headphones get all the basics right.

It starts with the design. Aesthetics are subjective, but the IO-6 are good-looking headphones. With their silver accents, they stand out more than Sony’s WH-1000MX3 or Bose‘s 700, while caramel and black colorways serve as a good complement to most of my fashion choices (I could always go for more colors, but those two are a good start).

Some alternatives might feel a little more high-end, such as the Bowers & Wilkins PX7, but the IO6 are no slouch in the looks department; I even received a few compliments while wearing them.

Looks aside, I was happy to wear the IO-6 for hours on end too. The circular cups provide a generous amount of real estate, while the plush memory foam padding, vegan leather, and featherweight design kept the headphones from applying undue pressure on my noggin. Perhaps the best compliment I can give the IO-6’s looks and comfort is that after four years together, these are the first large headphones my girlfriend seemed to actually want to hold onto.

Dali also scores points on the usability department. I abhor the trend of making everything touch-sensitive, so I was glad to see there was none of that on the IO-6 — just good ol’ reliable buttons.

There are few things more insidiously annoying that your headphones not responding to your taps and swipes on the go. That’s never a concern with the IO; the large silver disc on the right earcup is actually a large button that serves to control both volume and playback. It works every time, and you don’t have to worry about your headphones not registering your commands when wearing gloves or in the rain.

If anything, the button disc might actually be a little too easy to press – I sometimes played music by accident when I wore the headphones around my neck. Also, keep in mind the headphones also have no auto-pause feature when you take off the headphones, which is fine by me as I’ve found such features to create more trouble than they are worth without fail.

Some other notes before we get to the actual sound:

All this would be for naught if the sound and noise-canceling were no good, but the IO6 manage to provide an acoustic performance that I think not only rivals the noise-canceling competition, but some dedicated headphones as well.

The noise-canceling itself is highly effective – up there with the 1000XM3s. That’s impressive for a newcomer, and is in large part due to how good the passive isolation is; the earcups themselves create a good enough seal that many users honestly probably don’t need to turn on ANC all the time.

I found myself only turning it on when I was in a very noisy environment such as the subway. In general, the ANC shines when you need to cancel low-frequency noise, such as the hum of your AC or the rumble of an airplane, but for everything else, passive isolation suffices. On the other end of the spectrum, I often used the headphones‘ transparency mode which uses the microphone to amplify outside noise, because the headphones already block out so much sound with noise canceling off.

(If you don’t need active noise canceling, you might want to check out the Dali IO-4, which have no noise-canceling, but cost $100 less and promise 60 hours of battery life on a charge. My review on those out soon.)

Whatever mode you’re in, the IO-6 sound fantastic. Like, good enough that I rarely feel the need to use my dedicated headphones.

The IO-6 are my favorite type of headphones – the ones that don’t place an emphasis on any particular part of the frequency response and instead strive to deliver a neutral tonality.

Contrary to some audiophile folklore, ‘neutral’ doesn’t mean lacking bass; the IO-6 will provide an ample kick when needed without bloating the rest of the frequency range. Some users may prefer a bit more oomph, but the IO6 strikes a nice balance to my ears, such that there’s enough bass in hip-hop tunes.

Spatial cues are presented realistically, and though the IO-6 don’t have the widest soundstage I’ve heard on a pair of headphones, they are better than most noise-canceling options and have precise imaging to go along with it. This is aided by treble that to me seems just a bit forward; it will emphasize details in the highs though not enough to exaggerate sibilants or harsh recordings to my ear.

Subjectively, I quite preferred their tonality to the Sony 1000XM3, which were my previous noise-canceling champs. In fact, I found their tuning to be quite similar to one of my all-time favorite headphones, the $1,500 Focal Clear, except with a bit more bass (a good thing in my book!). Considering the price differential, that’s no small compliment.

The IO-6’s performance is also evident in their measured frequency response. I use a MiniDSP Ears to capture the headphone‘s response. While this isn’t an industry-standard tool and I wouldn’t make comparisons to measurements from other sources, the EARs can be useful for comparative purposes against headphones measured on the same rig. This helps me quantify tonal differences relative to other headphones on the market, as we can tell a lot about a headphone’s sound just from the frequency response.

Below, in white, is the IO-6’s frequency response, averaged from seven measurements from each earcup, with noise canceling on. In blue is the Focal Clear and in red is the Sony WH-1000XM3. These are both headphones I consider to be fairly neutral, but to my ear the Sonys have a bit too much bass while the Focals have a bit too little.

(While it can be tricky to interpret headphone measurements, especially in the highs, the graphs here are calibrated such that a flat-ish line should be perceived as fairly neutral by most listeners.)

We can see the IO-6 has a neutral-tuned response throughout the bass and midrange. There’s a bit of excess energy in the highs, which, as mentioned previously, might make them sound a bit bright, but not to the point of being harsh to my fairly sensitive ears. You can see the curve follows the Focal pretty closely in the highs, leading to a neutral-ish tonality that is perhaps a hair bright.

You can see the IO-6 runs right between the Sony and Focal in bass quantity, matching my listening impressions and my preferences.  The IO-6 may not be the best choice if you prefer a warmer sound, with no risk of ever sounding bright, but they represent an overall neutral response with just the right amount of bass and mids.

That said, like most closed-back headphones, the IO-6 requires a proper seal to sound their best. While I didn’t have much trouble getting a good seal thanks to the plush padding you can see how a poor seal will cause a steep bass drop-off in the sub-bass:

Lastly, here is how the response changes depending on whether you are using the headphones with noise canceling on and off, as well as when the headphones are turned off and you connect them via the 3.5mm jack:

The responses with ANC on and off are very similar, with a bit more bass energy when noise canceling is off – in real-world use, the sound is almost identical. Meanwhile turning the headphones off altogether and just using the 3.5mm jack gives you a lot of excess energy around 2KhZ, which will tend to make the headphones sound too forward and perhaps a bit shouty. So while they still sound good with the internal processing disabled, you’ll want to turn them on to get the most out of their sound.

I have very little to complain about the Dali IO-6. Yes, it’s more expensive than many competitors, there’s no app available for customizing the sound, and the main button is a bit too easy to click. On paper, they don’t try to differentiate themselves with any particular feature.

But the IO-6 get all the basics right. Looks, comfort, battery, noise-canceling, usability, and sound quality are all among the best in their class. The IO-6’s well-rounded performance means they are often the first headphones I reach for, whether traveling or listening at home.

Long story short: Dali stuck the landing. Not bad for a first try.

The Dali IO-6 are available from Amazon for $499. If you don’t need active noise canceling and would be happy with headphones that simply block out plenty of noise passively, the IO-4 have virtually identical sound quality, double the battery life, and only cost $399.

This post contains affiliate links. If you purchase a product through one of our links, we get a small cut of the revenue.