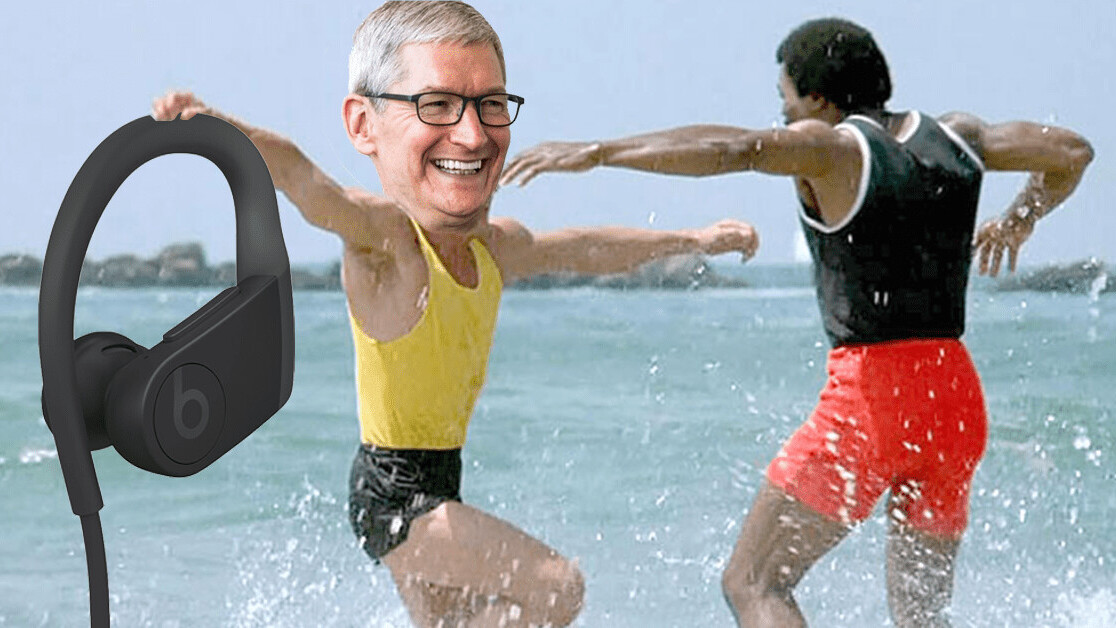 We’ve said it before: Powerbeats want to be the AirPods of the gym. And Beats’ latest earbuds — effectively the Powerbeats 4, but just marketed as the Powerbeats — intend to continue this mission.

Before we get into that though, lets talk about the new Powerbeats’ specs.

First off, these things will set you back $149. That isn’t cheap, per se, but it isn’t an out-of-this-world price for a pair of exercise headphones — depending on how much you work out of course.

The battery life in the new Powerbeats is decent, with Apple claiming the wireless earbuds will give you a tasty 15 hours of use time. These don’t come in a case like a true wireless pair (so no fast on-the-go charging), but 15 hours is enough time to run several marathons. So you’ll probably be okay.

Oh, and while we’re on the topic, they charge with a Lightning cable. Which is kinda annoying, unless you’re an Apple user, which I guess most people who’ll end up buying the new Powerbeats are.

To improve its gym credentials, the new Powerbeats have an IPX4 rating. You can find detailed info about that here, but effectively it means they’re splash proof. In other words, they won’t survive you swimming, but are more than resistant enough for gym work.

In regards to the other details you need to know, the new Powerbeats have Apple’s H1 chip. This allows quick connection, better battery life, and hands-free access to Siri. Sound-wise, Apple says these new Powerbeats will match the Powerbeats Pro — which is a boon.

They’ll be available to purchase on March 18, and there are also three colors available: black, white, and red.

Of course, for $149 there will need to be some corners cut. That means the new Powerbeats don’t have any noise cancelation features or ability to automatically pause when they fall out of your ears.

So, how are the new Powerbeats part of Apple’s plan to own the gym?

Since Apple purchased Beats and launched the Airpods, the company has had to navigate some choppy waters. Specifically, issues of branding and how these headphone ranges fit together.

What it has done is quite masterful.

Through a mixture of PR and marketing, Apple has maneuvered Beats from the solely street-focused brand it bought, into a sports-centric one. In other words, all those athlete partnerships have paid off:

This has effectively meant Apple has managed to avoid two of its headphone brands from cannibalizing each other, as they both have a clear remit and purchasing base.

With the launch of the new Powerbeats, Apple will be hoping their sound-quality and low(-ish) price will encourage AirPods owners to stump out for a pair. And, integral in this decision, is oddly the neck cable.

In my experience, one of the worst parts about true wireless headphones in the gym is when one falls out. Whenever this happens you’re already half-expecting someone to drop a weight on it and crush the damn thing. This is a problem the new Powerbeats Pro won’t have.

Whether this strategy of trying to sell its user base two sets of earbuds will actually work though is a different matter. Splashing out $149 on a pair of earbuds most people would use three times a week is… a bit much.

Especially when you can get cheap headphones (like this LETSCOM pair) for under $20 that’ll probably last you a year. Hell, I have a shitty pair of SoundPEATS workout headphones from five years ago are still going strong to this day.

But I guess that misses the point of Apple.

The new Powerbeats are superior to the budget models in almost every conceivable way and, as Apple products do, they’ll slot seamlessly into your existing device ecosystem.

Let me put it another way: If the idea of paying $149 for a second pair of headphones is repellant to you, then you’re not the person Apple is trying to sell to. These are geared towards people who want their technology to work seamlessly. And I’d assume most of them probably have health club memberships.

And can the new Powerbeats exist outside of the gym?

This is also another clever part of Apple’s strategy with Beats. When we look at the US, around 45% of smartphone owners use an iPhone. Of that number, there are going to be a lot of people who really, really hate AirPods.

Now the Beats range have a far less conspicuous look than the AirPods, meaning that you can get a pair of headphones that have much of the same functionality and seamless operation, but without looking like a dick.

Anyway, Apple’s AirPods have taken over the outside world, and now it hopes its new Powerbeats range will do the same for the gym. And it’d be a brave individual to bet against the company.

Keep an eye on Plugged for more Apple and Beats coverage — plus reviews of some of your favorite headphones.