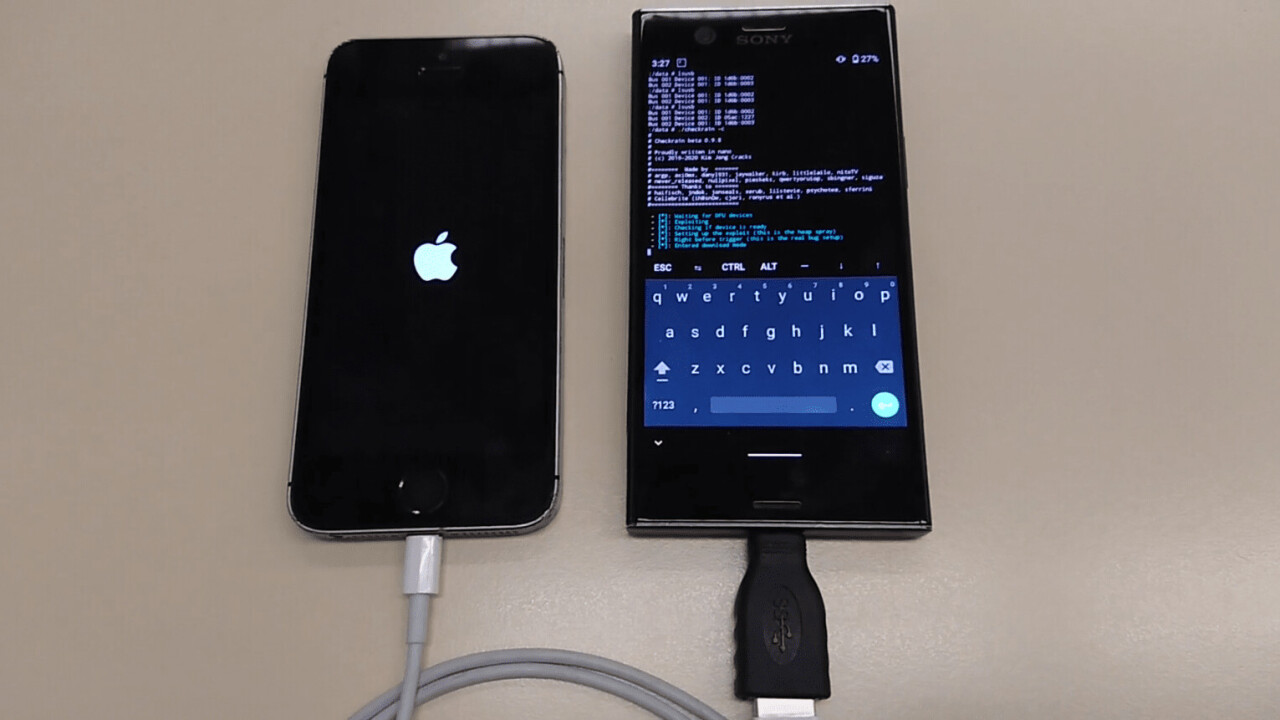 People have been jailbreaking iOS devices for years in an effort to add a little more flexibility to Apple’s walled garden. This has mostly been a Mac or PC affair, with some jailbreaks showing up on iOS itself. But now you can now jailbreak a device with an Android phone too, as first spotted by redditor /u/stblr and reported by XDA.

As noted by XDA, Checkra1n was the first jailbreak to work on iOS 13 devices, using an exploit targeting a flaw in the Boot ROM of Apple hardware rather than a flaw in iOS itself; this allows it to continue to work despite software updates. The caveat is that you need to re-perform the jailbreak upon every reboot. While at first the jailbreak was only possible on MacOS, it recently made its way over to Linux, opening up the possibility of performing a jailbreak on non-Apple devices. You know what non-Apple devices run Linux? Android phones.

[Read: Guess what chumps? A 14.1-inch MacBook Pro is coming]

The exploit requires a compatible iOS device (every iPhone from the 6s to the iPhone X), an Andriod device with root access, and a way to connect your Android device to the iPhone. You might be wondering what the point of using an Android device to jailbreak an iOS device is; it’s a useful solution if you don’t have a Mac or Linux PC, and you can use it to re-jailbreak your iPhone should you need to reboot your phone.

If you already have a rooted Android device, the process is surprisingly simple. For more on how to use Checkra1n, you can check out XDA’s guide here.