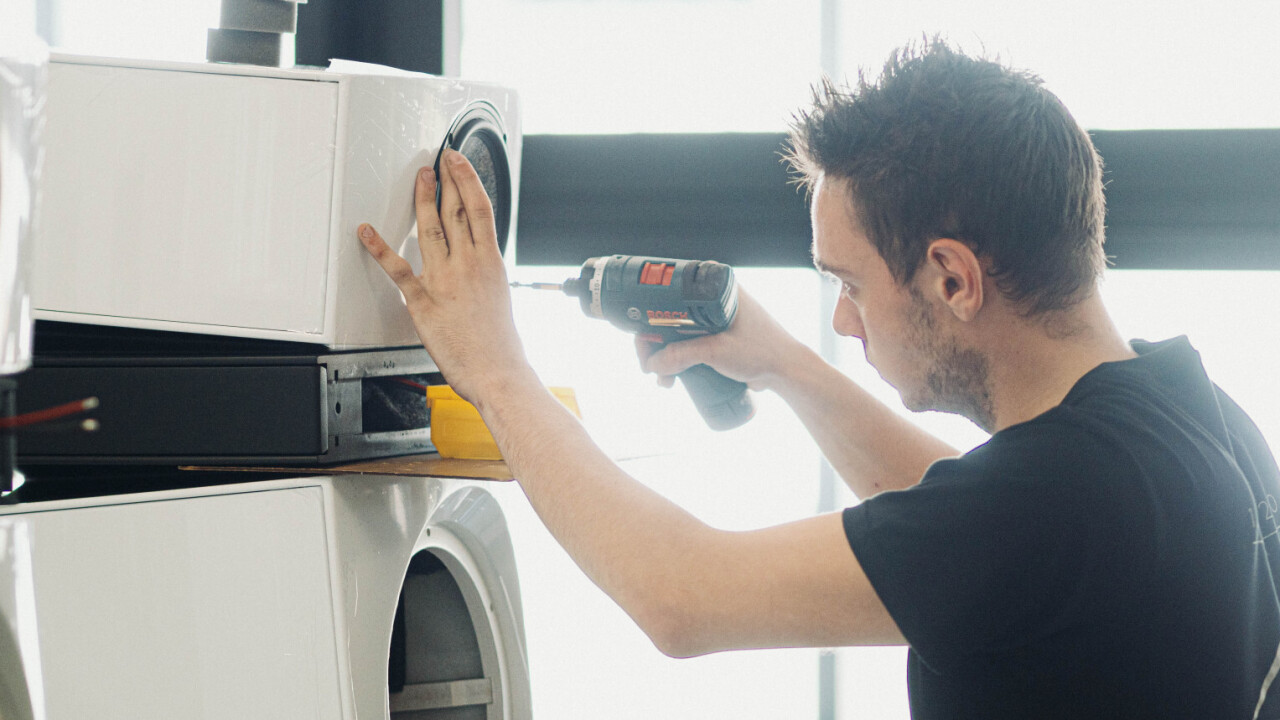 High-end audio is about precision. Recreating live music in your home is one of the wonders of technology, requiring speakers accurate enough to create a convincing fascimile of the recorded soundfield. Take a look through any of my speaker reviews in the past year, and you’ll find them full of measurements trying to puzzle out the intricacies of a speaker‘s sound.

So when French audio giant Focal invited me to see how its speakers were made last year, I knew to expect the fancy machinery, anechoic chambers, and assembly lines. What I didn’t expect was how much of a human touch is part of the process. At nearly every step there was some degree of craftsmanship involved, from cabinets hand-made in France‘s southern countryside, to high-end woofers that are pressed into shape with sinew rather than steel. The company takes its ‘Made in France‘ tagline seriously.

Disclaimer: Focal flew me out to France to check out its facilities for its 40th anniversary last year. Despite this, Focal had no say in the text of this article and it’s my intention to keep it as objective as possible. This article is meant as more of a look into Focal‘s design process than a judgement of its speakers. Note that many of the photos in this article were provided by Focal, as we were not allowed to take photos during many parts of the tour due to unreleased products on the factory floor and proprietary manufacturing processes.

Focal has been in the audio business since 1979, producing studio monitors, car speakers, headphones, surround systems, and of course, hi-fi speakers. Despite the sprawling portfolio, the company’s factories have more of an intimate vibe than you’d expect from such a massive operation. Over time, Focal‘s production has settled on two primary facilities: its main headquarters in St-Etienne, an hour outside of Lyon, and its cabinet factory in Bourbon-Lancy, a small rural commune over two hours away.

It’s the cabinet factory that stood out the most. It’s where Focal‘s hi-fi speakers start their life as wooden skeletons before being shipped off to St-Etienne for assembly. This includes all of Focal‘s enthusiast speakers – everything from the company’s new and relatively affordable Chora line to the exercise in overkill that is the $230,000 Grand Utopia.

Though it struck me as rather inefficient to ship thousands of heavy speaker cabinets two hours away twice a week, it’s a process Focal has been familiar with for years.

The woodworking facility, originally known as Guy HF, has been making Focal‘s cabinets since the 80s. Back then, it was involved in other woodworking commissions, but in 2007 Focal bought the facility outright and renamed it to Focal Ébénisterie Bourgogne. Though the company had the opportunity to move operations to St-Etienne, Focal decided to keep the expertise of the men and women at the Bourbon-Lacy facility and ship cabinets every few days rather than displacing the workers or forgoing their skillsets.

For though the facility contains state-of-the-art milling and finishing equipment, the bulk of the work is done by hand. While the amount of time it takes to create a cabinet varies by model, no speaker is made in a few hours or days. The time elapsed from receiving raw medium and high density fiber to creating a finished cabinet – before the actual assembly of any electro-mechanical components – can be anywhere from one to two months.

MDF and HDF is cut by 5-axis and 3-axis milling machines, but then craftspeople sand, glue, and brace cabinets. Just sanding the front portion of a Sopra cabinet can take 45 minutes. Focal does not use screws to hold together cabinet panels, so cabinets are meticulously checked for signs of air leakage before leaving the glue to cure. Some cabinets use veneers laid out into a vacuum press, other cabinets – particularly higher-end models like the Sopra and Utopia – are spray painted by hand.

This last point appears to be a particular matter of pride for Focal – it’s one of the few audio companies to offer speakers in such a wild variety of colorways, even taking custom paint job requests for its most premium models. If the paint isn’t perfect, the company starts the finishing process all over again (even though I couldn’t see any blemishes on some of the cabinets marked as flawed). There’s a quality check at virtually every step of the process, and Focal repeatedly emphasized the importance of its workers’ experience to identify flaws – and avoid them altogether.

Cabinets complete, they’re shipped over to the St.-Etienne facility. Aside from being Focal HQ, this location also where the company researches, creates, assembles, and tests its drivers. The amount of manual labor going into creating the drivers is perhaps even more surprising than the cabinets.

I wouldn’t expect bulky human hands to be so involved in the creation of such precise devices as speaker drivers, and yet actual people are involved with the creation of virtually each of the company’s drivers.

For example, the company makes a ‘W’ sandwhich cone. No, this isn’t a hipster culinary confection, but rather a speaker driver formed by enclosing a layer of foam between two thin layers of glass tissue. This driver, used in the Sopra and Utopia line — Focal‘s two most high-end speaker families — is literally “sandwiched” by hand as workers apply the layers into a mold. Our guide told us this isn’t just a marketing point; a skilled worker is simply better at this process than a machine, and provides an instant quality check to make sure there aren’t any air bubbles.

Other drivers are more automated, such as the new Slatefiber cones in the Chora line; it’s about using the right tool for the job. It just so happens sometimes that tool is a bit of muscle.

In a similar juxtaposition of high-end components and human labor, Focal‘s beryllium tweeters are made in a specially enclosed room, where a single worker is tasked with shaping the drivers using precision equipment. Beryllium dust can be poisonous, so the woman running the machinery wore a hazmat suit. There is also no air conditioning in this chamber in order to minimize the beryllium particles moving around in the air — particularly unfortunate considering heat wave going through France during my visit. It’s a surprisingly arduous process.

The company is particularly proud of its drivers, claiming to be able to customize each unit more than competitors – and based on what I saw, I believe it. Unlike many speaker companies that create speakers with off-the-shelf drivers or through manufacturing partnerships, Focal makes all of its drivers in-house from beginning to end. That allows for rapid iteration and means Focal has more flexibility for tweaking the drivers that go into a particular cabinet.

As Nicolas Debard, Product Manager, told me, Focal‘s strength is in its flexibility. The company “is not organized to manufacturer tens of thousands of drivers a day. We are definitely focused on manufacturing many different types of drivers on the same day.”

The claimed benefit to is minimizing the strain on the driver by optimizing it’s implementation for the cabinet, giving drivers more headroom to work with. Focal seems to prefer making changes in the driver domain to implementing tweaks in the crossover; this helps maximize the sensitivity of its speakers too.

The ability to rapidly iterate has also allowed the company to develop unique driver materials and shapes. There’s the aforementioned W sandwich and Slatefiber cones, for instance, and the company even makes a driver out of flax.

On the tweeter side of things, the vast majority of manufacturers use a dome-shaped tweeter. Focal instead uses an inverted dome. While not a geometry exclusive to Focal, it’s still pretty rare to see. Debard tells me this shape is present throughout virtually all of its speakers because it leads to wide directivity – a property generally associated with a more expansive soundstage and stable sweet spot. Debard also tells me the inverted dome allows Focal to use a smaller voice coil than a traditional dome, helping reduce mass.

These benefits were certainly present with the Chora 806 – among the widest directivity speakers I’ve measured. The control the company has over the shape of the inverted dome, sometimes in combination with swooping cabinets, also helps it avoid diffraction effects which smear the sound. That said, the company does use small, shallow waveguides on its more affordable speakers to help minimize diffraction on these simpler, more rectangular cabinets.

Focal’s premium speakers are then assembled in a rather futuristic-looking room enclosed in glass and featuring special lighting that highlights defects. Each speaker is put together by a single worker, ensuring no steps are forgotten along the way. Before speakers are boxed they are checked yet again, with each individual unit run through a measurement station to make sure it conforms to the company’s frequency response standards.

My tour through Focal‘s facilities was revealing, and months later, I’m still impressed by just how much of the process is done by hand. It’s clear Focal could save some money and be more efficient by automating more of the process, but sometimes a human touch just proves better. No wonder Focal so proudly flaunts its ‘Made in France‘ labels.