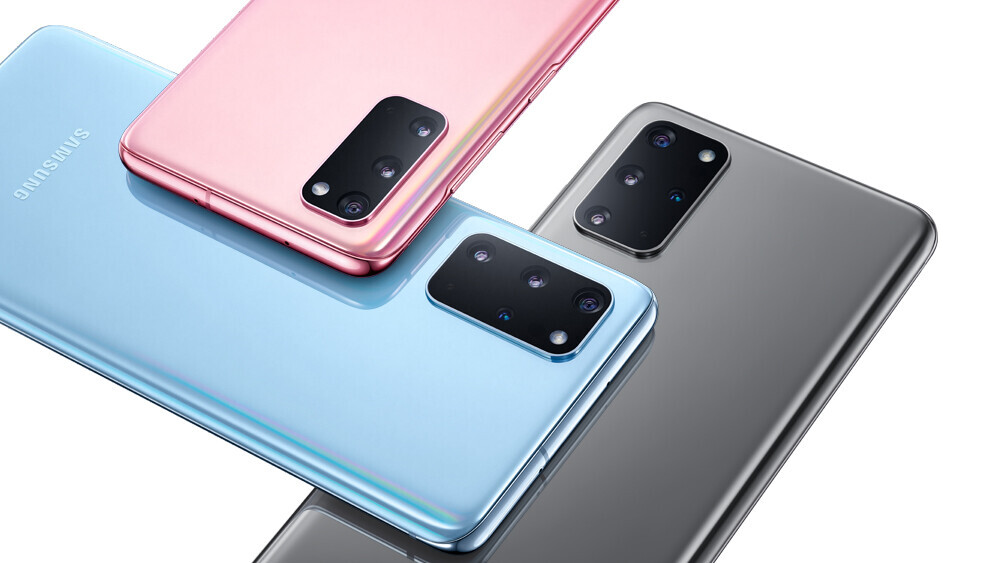 The Galaxy S20 is real. The company is announcing a multitude of devices today, including the smaller S20,  the larger S20+, and the beastly Galaxy S20 Ultra. Their headlining features are 5G connectivity and superpowered cameras systems that the company says have been reinvented from the “ground up.” To make a point of how good the cameras are, Samsung even streamed its event using S20 devices.

Let’s start with the non-ultra models. While the ultra-wide (120 degrees) and wide-angle cameras are both 12-megapixel units, the telephoto camera has received a major boost up to 64MP. It uses a folded periscope lens at F2.0, allowing it to capture ample detail at a distance, with enough resolution to give you lots of headroom for cropping and digital zoom. Using both optical and digital zoom, the phones can achieve 30x zoom.

The S20 Ultra makes things more interesting; it replaces the primary 12MP sensor with a massive 108MP one. This sensor is larger, allowing you to capture more light, while the additional resolution allows the phone to combine nine pixels into a single virtual one. In other words, you’ll still end up with a 12-megapixel image, but the resulting shots should be of significantly higher quality due to the pixel binning, especially in low light.

The high resolution also allows the S20 Ultra to zoom in up to 100x. Of course, you’ll lose a lot of sharpness at that level, but it could still be useful in a pinch.

It’s not just about stills either; the S20 series is now capable of shooting 8K video, allowing you to extract 33MP frames from video (although presumably at a lower quality than the equivalent stills). The cameras feature a Pro mode that allows you to adjust settings such as white balance and ISO, and there’s also a new “single take mode” that captures video from all three cameras at once.

On the front S20 and S20+, you’re stuck with a single 10-megapixel F2.2 lens. The ultra has a 40MP sensor, although the resolution is mainly used for zooming.

The rest of the specs are about what you’d expect for a yearly spec bump, although with a few pleasant surprises.

The S20+ features the same specs, with a few differences:

And a few more spec bumps for the S20 Ultra:

The Galaxy S20 will be available on March 6, starting at $999 for the base S20 configuration. Expect the prices to climb rapidly with higher-end configurations, up to $1,600 for the 512GB S20 Ultra. Pre-orders begin February 21.