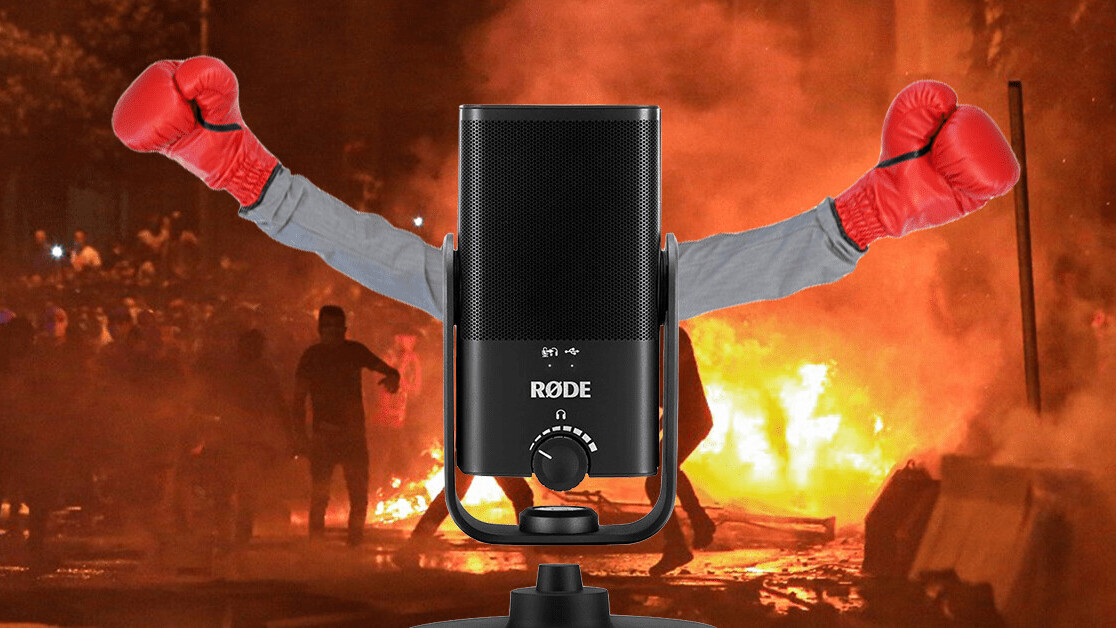 Like every other white man between the ages of 25 and 34, I have a podcast. And, to make it even more of a cliché, it’s not very particularly active podcast. Yes, my life is a meme.

So, why do I bring this up? Because although podcasts have become a little bit of a joke, I still love the medium. In many ways, it’s one of the ultimate successes of the internet era. Let me put it this way: What other type of content has such a low entry barrier, alongside such a high chance of building a successful community?

And it’s the first part of that I’d like to talk about: The low entry barrier. When we first started a podcast, all we needed was a USB mic and some free software. And if you were looking for the former, you’d most like choose something from Blue.

But those days might be over now, all due to Rode’s new NT-USB mini mic.

So, why should you care about Rode‘s new NT-USB mini mic? Well, I’ll tell you why I do — and maybe that’ll help.

When our podcast got a bit more serious, we moved away from USB mics and got a mixer with more professional mics. We ended up using the Rode Procasters and, damn, I was blown away by how good they sound, how hardy they are, and, well, just everything about them.

So the fact that Rode’s new NT-USB mini mic is an entry-level bit of tech that should be in reach of most budding podcasters or streamers is a big deal. This could be the first piece of your content puzzle.

Let’s get into some details!

Those are some of the main benefits, but incase you want some more information, I’d advise you check out this video:

Excitingly, all this is going to retail for only $99 — a similar price bracket to the Blue Yeti.

Anyway, I have high hopes for Rode’s new NT-USB mini mic. I’ve been constantly and consistently impressed with Rode’s gear, and I have no reason to suspect this new bit of kit will be any different.

Still, make sure you keep an eye on Plugged for when we publish a full review on Rode’s new NT-USB mini mic — you know it’s gonna be good.