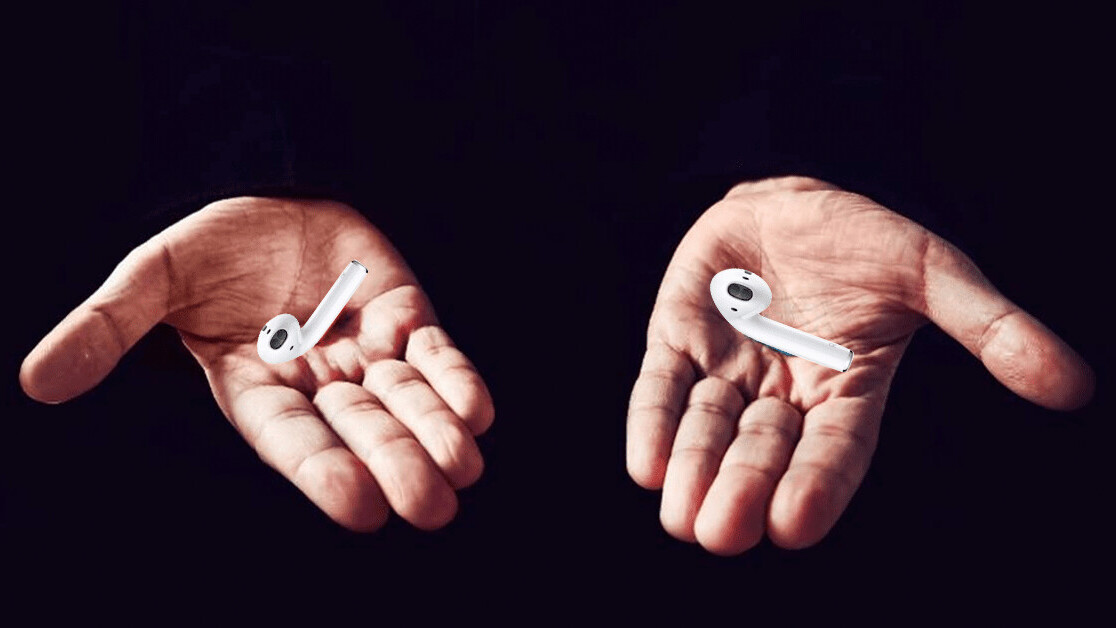 We can start this article with a fact: AirPods are incredibly popular. From there though, things start to get a little muddier.

It’s pretty standard for Apple to not disclose sales figures, which means analyst firms have a tough job tracking the company. And one of the latest to put out a report is Strategy Analytics, who have looked at the tech giant’s progress with its true wireless earbuds.

The report claims that Apple sold “nearly 60 million” AirPods in 2019, taking more than a 50 percent share of the global true wireless earbuds market, and raking in 71 percent of its revenue.

An article by the Yonahp News Agency gave some more specific figures on this. It stated that the Strategy Analytics report said Apple had sold precisely 58.7 million AirPods, giving it a 54.5 percent market share in 2019.

So far, so good, right? Anyone who has spent any time, well, anywhere will have seen a gamut of AirPods, so that 50 percent share feels right on the surface. And it could well be factual too. But — and there’s always a but — there’s also a strong chance Apple’s success is being oversold.

Neil Cybart, an Apple analyst, covered AirPod sales in a piece on Above Avalon. In it, he states that in “FY2019 Apple sold 35 million pairs of AirPods” — a number he came to after going through Apple statements and commentary. To back this up further, Cybart draws a parallel between the sales of the first three years of the iPhone (“60 million“) and AirPods (“61 million“), the latter figure what other analysts are claiming Apple sold in 2019 alone.

Now, it’s not outlandish to say there’s a big difference between 35 and 58.7 million sales in a year.

The question then is does this matter? If we can all agree that AirPods are dominating the market, who cares if they make up 50 percent of sales, or 30 percent? They’re still the defining technology of the true wireless earbud market, right? Right?

To me, the issue is two-fold. First off, I believe accuracy is important. Having correct data on how a product is doing shapes the hardware world.

The second problem I have is more wide-ranging. If you go and search “AirPod sales” or “AirPods revenue” on Google now, you’ll see a raft of publications writing stories with headlines like “AirPods account for 71% of true wireless headphone revenue,” or “AirPods shift almost 60M units in 2019.”

Now, I’m not saying Stategy Analytics‘ report is incorrect — I don’t have the data or information to back that up — just that it might not be the whole story. It’s also not entirely the firm’s fault that its report produced an attention-grabbing, headline-worthy stat that makes journalists’ jobs easy. Despite this, the report has spread like wildfire.

And the problem with this? Well, the public perception becomes that Apple is doing unbelievably well. And one thing about public perception and proclamations in general is that they very definitely impact stock prices.

A danger here is that Apple investors and stockholders are either: a) being misled on the worth of their investment, or b) making a lot of money off misinformation.

Even if you don’t care about that (which I totally get), the level of AirPods‘ success will be closely monitored by other companies for their own true wireless headphones. If the figures they’re seeing in the public space are horrendously skewed, that could influence the design process and lead to headphones people don’t actually want. There’s an entire knock-on effect.

Now, of course, the figures could be accurate, but that’s not the point here. The industry needs to do a better job at being critical of these stats, because what’s happening at the moment is exactly what Apple wants.

Basically, don’t believe everything you read about AirPod sales.