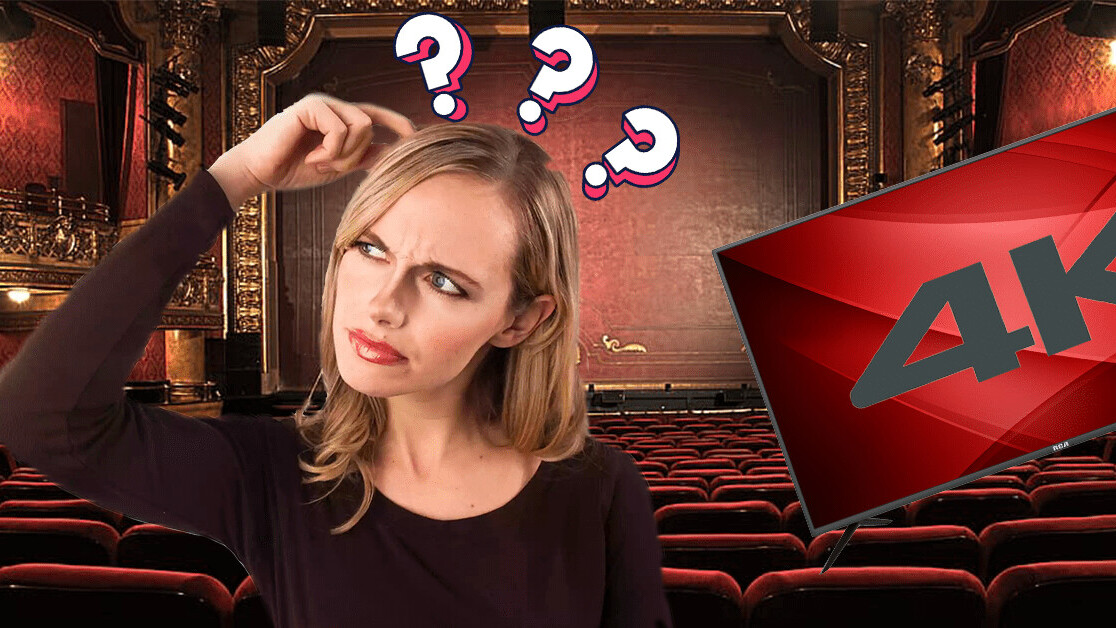 Been near technology in the past couple of years? Then you’ll have definitely seen 4K plastered across pretty much every screen or bit of media. But what actually is it? And why’s it called that?

Well, we’ve got the answers!

When it comes to displays and screens, resolution is simply the number of pixels (AKA colored dots) they can show. This translates directly to the level of detail that a picture has.

Normally, this is described by stating the number of pixels across the screen‘s width and height respectively. For example, the 1080p resolution is for screens that display 1,920 pixels horizontally and 1,080 vertically.

So what is 4K resolution?

While this might seem like a simple question, the answer is slightly more complex than you might think. Basically, there are two accepted 4K formats: one used in televisions and one used in the cinema.

The television standard — which is the one you’re most likely to come across — has a resolution of 3,840 x 2,160. Technically, this is actually referred to as “UHD,” or “ultra high definition.” That’s why you’ll often see TVs branded as 4K UHD, rather than just 4K.

The other definition of 4K comes from the cinema. 4K projectors don’t have a horizontal resolution of 3,840 like TVs. Instead, they have a width 4,096 pixels. This is set out by the Digital Cinema Initiatives (DCI), which is an organization formed by major movie studios to try and standardize the modern cinema experience.

Interestingly, because movies can be shot in different aspect ratios (look out for a future Basics piece on that), there’s no set limit on the amount of vertical pixels on a 4K projector.

So, simply, what is 4K resolution on TVs?

To reiterate, it’s a screen that displays 3,840 pixels horizontally and 2,160 vertically. This means it has four times as many pixels than a 1080p screen (which was the old HD standard).

And why is it called 4K?

Again, this is a trickier question to answer than you might think.  As we mentioned, the 4K cinema format set out by the DCI has a width of 4,096 pixels, ergo “4K.”

TVs, on the other hand, only have 3,840 pixels on the horizontal axis — meaning they’re not technically 4K. But because it sounds cool, pretty much everyone refers to it as 4K, but they regularly whack on the aforementioned “UHD” for a bit more detail.

It can also be a bit confusing that we went from 720p and 1080p resolutions (these are measurements of the amount of vertical pixels) to 4K (which is the amount of horizontal pixels). For consistency’s sake, 4K should’ve been called 2160p.

But why isn’t it? The only answer that makes sense is 4K sounds awesome and futuristic, while 2160p doesn’t.

Hopefully this guide helped you make some sense of the 4K resolution, what it actually means, and why it’s called that. If you’d like some more specific topics covered in Basics, just let us know on Twitter.