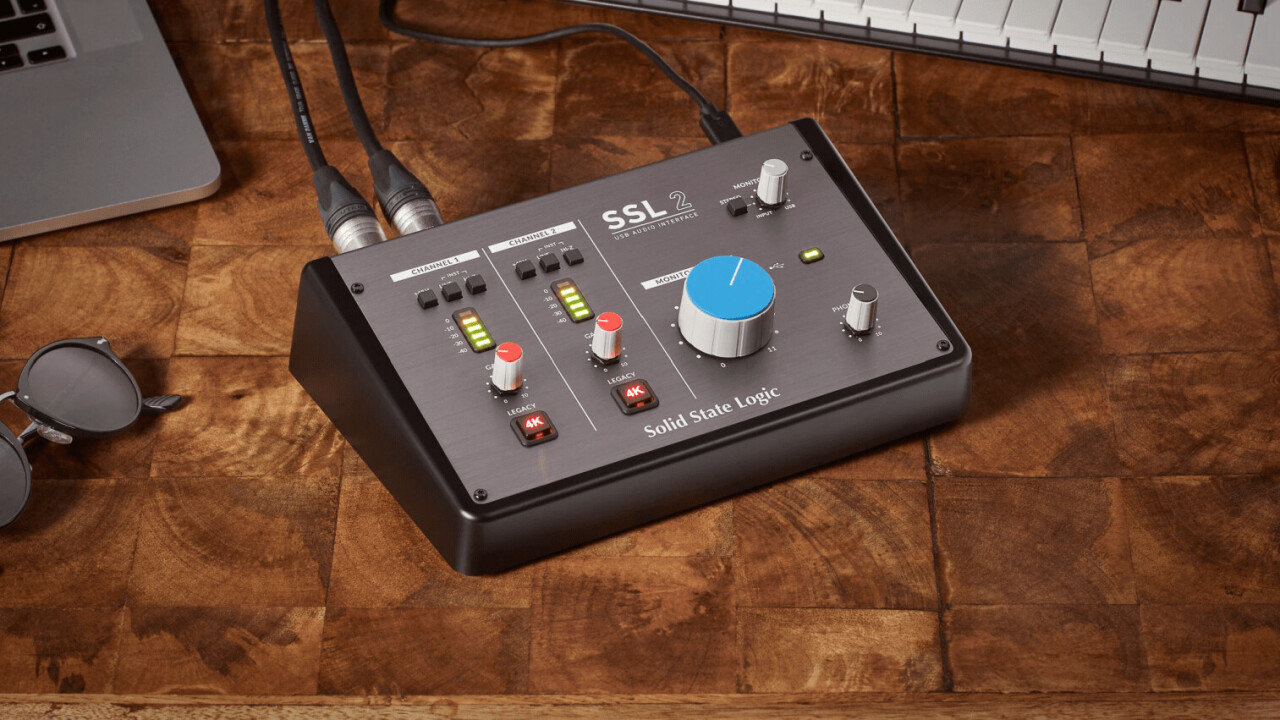 Solid State Logic is known for making some of the biggest and baddest mixing consoles for recording studios. If you’ve ever been in a Pro studio and seen one of those giant workstations with knobs and sliders galore, there’s a good chance it’s an SSL.

But most of us don’t have tens of thousands of dollars to spend on a fancy console, so SSL is branching out. Today the company announced the SSL 2 and SSL 2+, its first dedicated audio interfaces for personal studios.

The SSL 2 includes a pair of analog mic preamps, 24-bit/192kHz resolution, a headphone out, a big ol’ knob for monitoring your mix without latency, and balanced monitor outputs. It’s connected to your PC by USB-C, because hooray for the future.

The SSL 2+ is meant for more collaborative use, including an additional headphone out with its own mix knob, MIDI I/O, and unbalanced outputs for DJ mixers.

Both units also pack a ‘Legacy 4k mode,’ which adds “extra analog character” and “sparkle” to your input sources inspired by the company’s classic consoles. And true to SSL‘s reputation, the units use high-quality Neutrik connectors and Alps potentiometers that should bode well for reliability.

The SSL 2 and SSL 2+ cost $230 and $280, respectively. Both include several freebies, including Pro Tools First, Ableton Live Lite, And Native Instruments Komplete Start. You can purchase both consoles directly from SSL starting today.