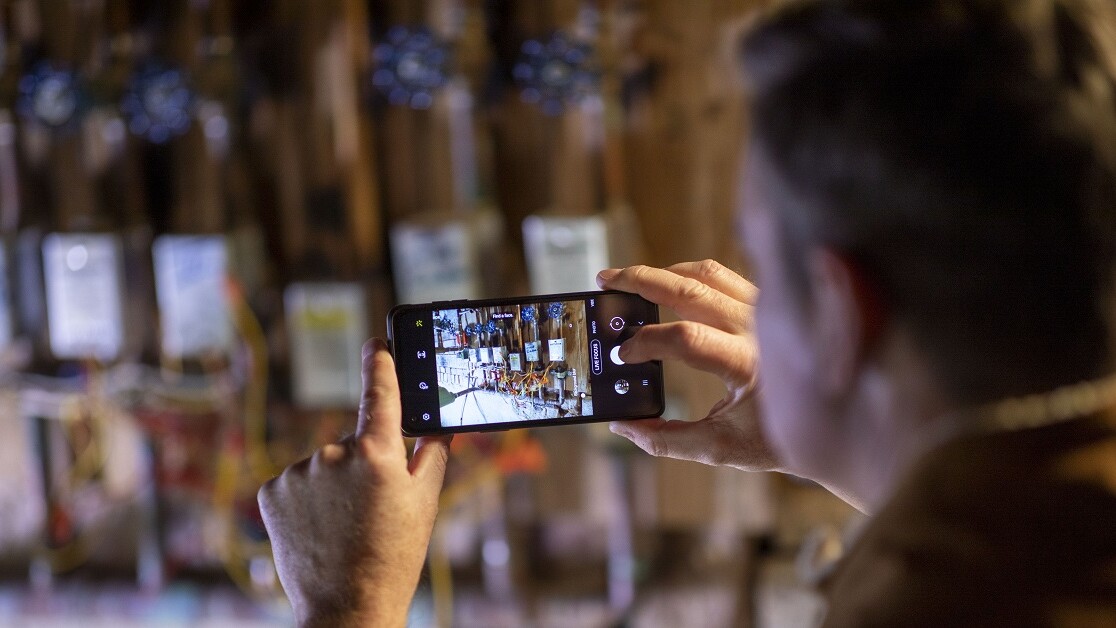 Samsung announced yesterday it’s teaming up with Microsoft to bring a phone with walkie-talkie functionality, intended for frontline workers in industries like healthcare, retail, manufacturing, and logistics. The phone, named the Galaxy XCover Pro, will be sold only in the US at a price of $499.

The push-to-talk feature (which is far quicker than traditional calling) will be powered by Microsoft’s Teams app  — a chat app for workplaces. The company had announced the feature last week and said it’ll soon be available on select Android phones.

Samsung said this phone will provide a more secure and convenient alternative to folks working To communicate with each other.

The XCover Pro has a 6.3-inch full HD display, and is powered by Samsung’s own mid-range Exynos 9611 processor. The phone has a 4,050 mAh battery that can be swapped out — not something of a rarity smartphone these days. You can even charge the device with pogo pins or third party charging docks at 15W.

The phone is designed for use in the field, with IP68 and mil-std-810g ratings to withstand water, dust, salt, and humidity damage. It also supports mPOS and NFC standards that’ll help warehouse and factory workers to scan items quickly.

For companies, this is an incentive to reduce the number of devices workers have to carry.

It’s not the first time Microsoft has teamed up with Samsung. The two companies have had a longstanding partnership over the past few years, with the latter pre-loading Office apps in Galaxy phones.

The XCover Pro is another attempt to get more Samsung devices in workers’ gloved hands. Last year, the Korean tech giant had tried to woo corporates with a rugged tablet with high durability and S-Pen support.

The Galaxy XCover Pro will be sold through Verizon in the US at $499 in the first half of 2020.