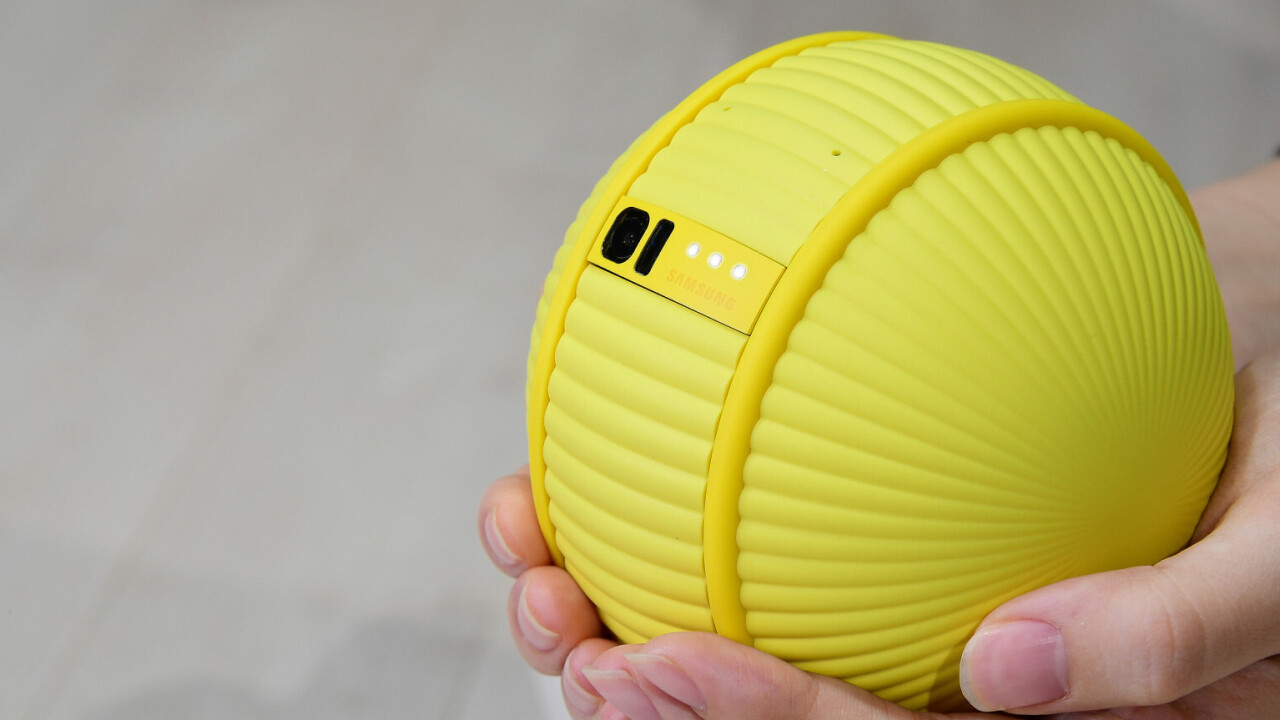 At this year’s CES in Las Vegas, Samsung invited on stage a curious guest: Ballie, a rolling robot equipped with a camera and enough smarts to sense people around it and control connected appliances around the house.

In the demo video below, you can see Ballie following a person and their dog through a home as they go about their day, and silently helping out where possible by adjusting smart blinds, firing up a washing machine, summoning a robot vacuum cleaner, and even turning on the TV to keep the pooch occupied. Samsung noted that Ballie also comes with on-device AI capabilities, and can act as a fitness assistant to help with your workouts.

This isn’t the first rolling robot we’ve seen. Sony gave it a go back in 2007 with its Rolly music playing bot; in 2016, LG fit an 8-megapixel camera into its imaginatively named ‘Rolling Bot’ to pair with its G5 flagship phone, keep an eye on your house, act as an intercom, entertain your pets, and even turn on your home appliances. Neither of these made any real impact on the gadget market, though — but perhaps they were ahead of their time.

Ballie is part of Samsung’s ‘Age of Experience’ philosophy for its new products and services, that will “transform how we care for ourselves and our family, how we can customize our homes to meet our individual needs.” In essence, that translates to more smart devices sharing data with each other to work better for you. While that sounds great in principle, it remains to be seen if Samsung can popularize something like a rolling robot in 2020, when some people are anxious to embrace the future and others are growing tired of ‘smart’ gadgets.

That’s all we know about the palm-sized bot right now: Samsung didn’t say when it would come to market or what it would cost. But if the company’s hoping for it to be a success, it’ll need to do a whole lot more than just look cute while following you around and switching on other devices.