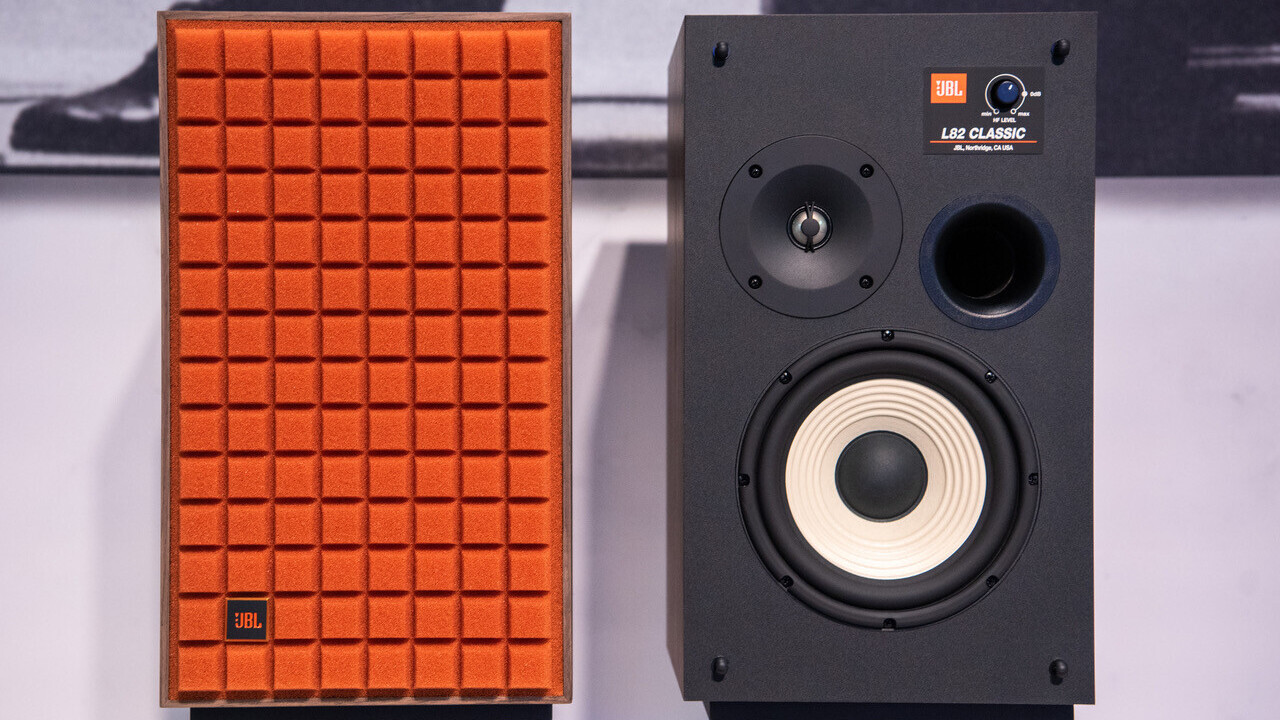 The JBL L100 is one of the most iconic speakers of all time, and the L100 Classic I reviewed last year is a standout revision built to modern standards. But the speaker is massive and expensive. In an age when people are used to small bookshelf speakers and slim towers, the L100’s blocky shape and $4,000 price tag ruled them out for many audio enthusiasts. Enter the new L82 Classic, announced today at CES.

The L82 uses the same tweeter in the L100 Classic,  but gets rid of the midwoofer and shrinks the bass driver from 12 inches to a more practical 8-inches. That still makes it much bigger than most bookshelf speakers – it measures roughly 19 x 11 x 12 inches – but there’s a chance this one might actually fit on a bookshelf. Maybe.

Just kidding, please don’t put a pair of 28-pound speakers on a bookshelf.

It comes in at $2,500, which is still expensive, but also not outlandish for audiophiles. In fact, the circa $2,000 price bracket is probably the most competitive in high-end audio. It includes including standout options like the KEF R3, Buchardt S400, Ascend Acoustics Sierra 2EX, and the M106 from sister company Revel (JBL and Revel are both part of the Harman group, which in turn is owned by Samsung).

The L82 will likely appeal to some buyers simply for its retro looks, but it’ll also have to stand out acoustically. JBL claims the speaker can reach down to 44 Hz (-6dB), just a little bit less extension than the 40Hz of its larger sibling. It should be enough bass to suffice for most acoustic music without a subwoofer.

It’s not very often you see an 8-inch woofer paired with a 1-inch tweeter on a passive speaker – it can be difficult to make the drivers transition smoothly with such a size disparity – but if done well, it should mean punchy bass that’s hard to achieve from a typical bookshelf speaker. As a neat touch, JBL has kept one the tuning knobs present on the L100, this one allowing you to turn the high frequencies up or down to your liking.

If it’s anything like its larger sibling, the L82 could be a great speaker with a unique aesthetic that’ll appeal to those who appreciate a retro look. Of course, the proof is in the pudding, so we’ll have to see how the L82 Classic sounds once we get our hands on it.  It’ll be a while though; availability is currently pegged for April.