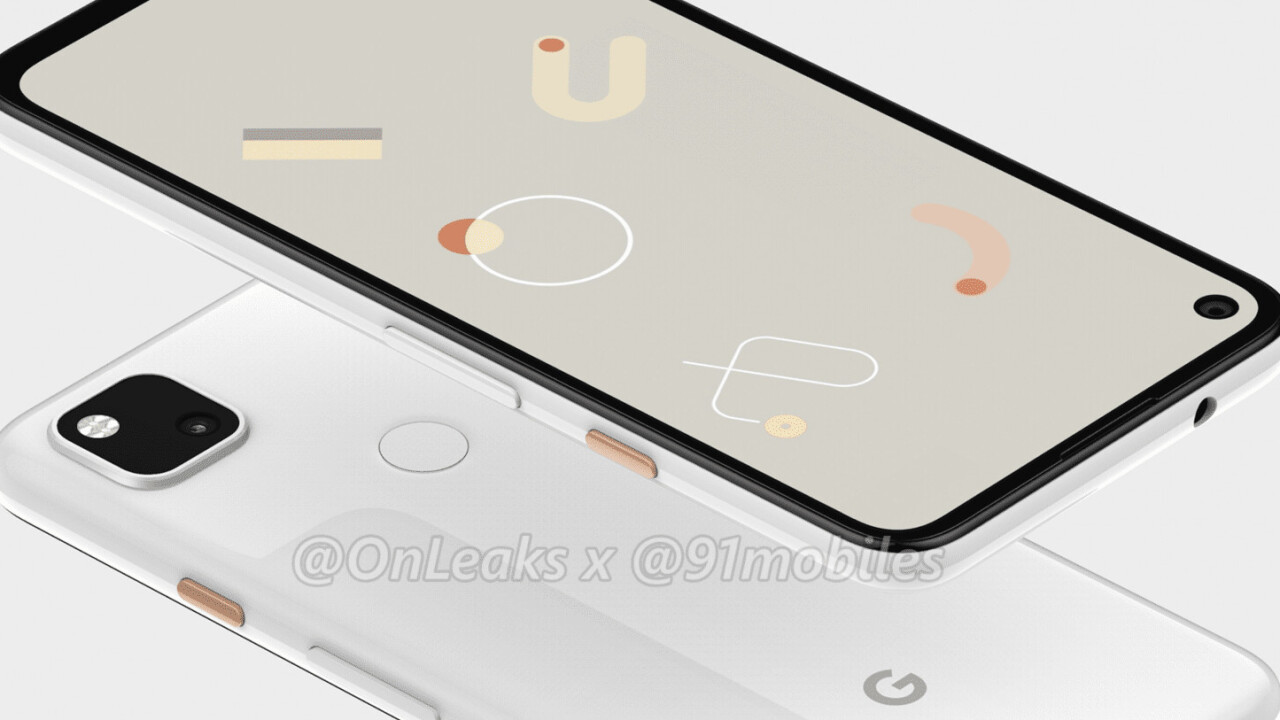 Serial phone leaker OnLeaks has a good record of creating fairly accurate renders of phones before they are released. If his new Pixel 4a leak turns out to be accurate, Google’s next midrange phone might end up a better-looking phone than its actual flagship devices.

OnLeaks shared the images in partnership with 91mobiles last week, showing off a device that looks a lot like the lovechild of a Galaxy S10e and Pixel 4.

Mercifully, Google has also kept the headphone jack, which is nearing extinction on other devices, including even some laptops. Clearly enough people still use wired headphones that Google thought it was worth preserving.

While some might lament the missing sensors, having used the Pixel 4 as my daily driver since launch, I feel like I can live without them. Soli does precious more than skipping songs/videos and silencing alarms at the moment, and while sometimes having facial recognition is nice, other times a fingerprint sensor is more reliable.

We don’t’ know much about the phone’s specs, though 91Mobiles predicts the device will come with 4 or 6GB of RAM and 64GB of internal storage. Despite the square camera bump, the phone only has one camera, which presumably will be similar in quality to the Pixel 4‘s, as the Pixel 3a was to the Pixel 3. In the processor department, expect an upper midrange processor like the Snapdragon 730 or 760.

Given how well the Pixel 3a still performs, I’d anticipate similar from the Pixel 4a. If Google can deliver better battery life – arguably the Pixel 4‘s biggest weakness – the 4a could end up being more interesting than its big brother. That said, YouTuber Dave Lee – who isn’t normally a leaker – suggests there won’t be an XL model this time around, which Google might be doing to save money and keep the price low.

There’s no word on when the Pixel 4a might launch, but last year that was in May during Google I/O. That makes the timing for this leak earlier than normal, so it’s possible the company could be aiming for an earlier launch.  Either way, we’ll keep you updated as we find out more.