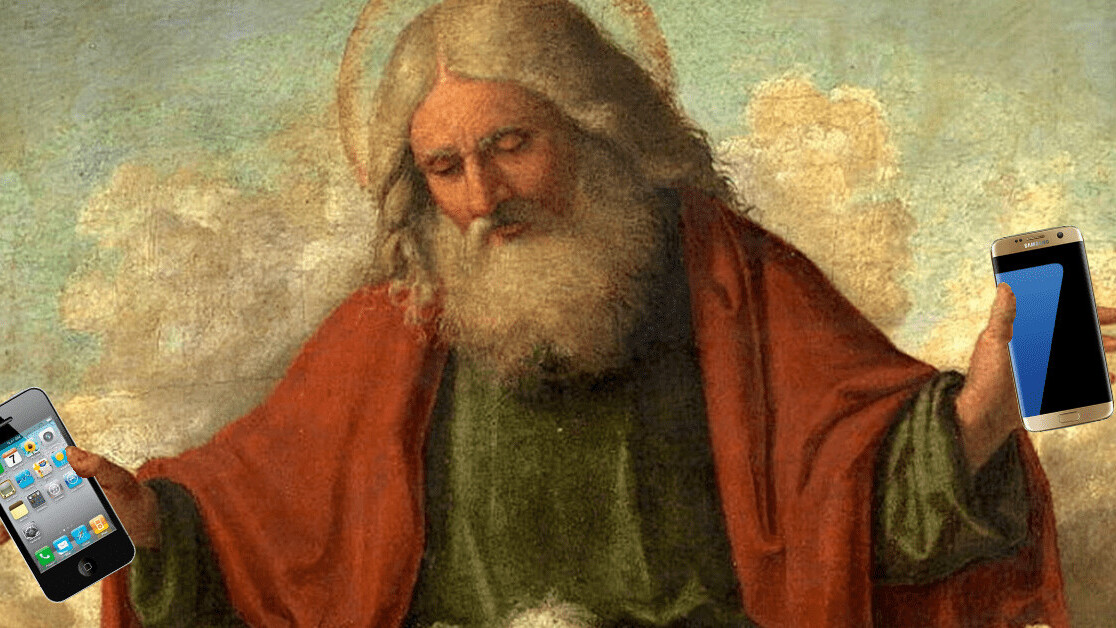 Technologically, the 2010s were insane — especially when it came to phones.

In the past decade, we’ve not just seen the capabilities of these devices explode, but their prevalence has skyrocketed too. The black rectangles are everywhere. They’ve taken over. We carry them everywhere.

But getting to this point wasn’t as simple as it just, well, happening. No, instead there were thousands-upon-thousands of phones released in the past ten years that got us to this point, many of them deeply flawed, weird, or not very good — but we loved them anyway.

Now, rather than rounding up the most “influential” or “best” phones from the 2010s, we want to do something different. Something more human. So, we’re writing about the phones of the 2010s that we adored, that we had a connection with, and why they made us feel that way.

So, please find below, TNW’s most beloved phones of the 2010s:

There was a moment maybe six months after I got the iPhone 4 that summed up my relationship to it perfectly.

I was chilling and having a few drinks with one of my best friends. We were having a bit of a heart-to-heart (soft boy 4 life) and, at some point in the conversation, he told me that he regretted the day that I got the iPhone 4.

At the time I was slightly hurt. But now? I can understand why.

The iPhone 4 was the first decent smartphone I ever got and it was a revelation. I spent hours downloading apps, exploring what I could do with the phone (AKA turning the torch on and off), eventually jailbreaking the thing to squeeze everything capability out of it.

I was so deeply enamored with the iPhone 4 that I was rarely off it, even in social situations. The phone was so magical, and well-made, it honestly felt like the future. It wasn’t a cheap bit of tat that barely worked, it was a powerful, premium device that made me feel like I was in Star Trek. But, despite its ability to connect, it was also isolating. It was addictive. It was beautiful. It was ugly.

The iPhone 4 was the first time I saw the potential of smartphones, both in what they could do, and what they could take away from us. But it was also fucking cool. (Callum)

See if you can get an iPhone 4 on eBay (spoiler: you definitely can)

I have it on good authority that the gold version of Samsung’s Galaxy S7 was manufactured with the metal alloys from the original production build of C3-PO’s exo-casing. The S7 (in gold) is the single most beautiful gadget ever created and anyone who says otherwise is poorly disguising the immutable fact that they’re a member of Apple’s PR team.

Let me put it another way: holding the S7 in your hand doubles your charisma and causes you to exude a dignified, classy aura. It’s not old; it’s retro.

See if you can relive the past and get your very own Samsung Galaxy S7 (in gold).

My only dream as a teenager was to own the latest iPhone. At school all the cool kids had iPhone 4s, but I was stuck with an unbranded dumb phone on a pay-as-go contract. But at 16, I decided to spend 98 percent of my wage on the iPhone 5c and it was probably the best day of my life.

My phone addiction started with a yellow, plastic, now tiny-looking iPhone. I know almost nothing about phones and was most likely using only about 10 percent of its ability, but there was something special about the iPhone 5c — and that’s not including it surviving two falls into the toilet.

To this day, I still think the iPhone 5c is the best looking phone Apple ever released with its gloriously, unapologetic plastic look. Compared to Apple’s latest iPhone, the 5c is like a flamboyant uncle bursting into your family home.

But to me, the iPhone 5c was special for more than just its looks. It was my first ‘big’ purchase with my own money and something that would stay with me for a sturdy, event-filled three years. For that alone, it’s one of the phones of the 2010s. (Cara)

Get your very own iPhone 5c to drop in the toilet here.

The Moto G5 replaced my Samsung S6 after I smashed it on a night out. At first I was sad about the destruction of my S6, but the G5 quickly won me over and became, in my eyes, one of the best phones of the 2010s.

Basically, the Moto G5 is the Nokia 3310 of the 2010s. You can’t kill this thing. It’s rock solid, works great, and even has a 13-megapixel camera. It’s the perfect secondary or traveling phone. Or primary phone for the clumsy. Even better, I bought this thing for only $140. What the fuck. (David)

I need my phone like a junkie needs their hit, so I care about whatever I have in my pocket more than any sane person should. And you know what? The iPhone X is hands down my favorite phone of the 2010s.

I was stuck with an iPhone 6 (not even an goddamn ‘S’) since it launched, so when the iPhone X was announced I decided to treat myself. Sure, it was Apple’s most expensive model yet, but the bigger screen and the new camera were enough to convince this habitual user.

Now I expected the new OLED display to be nice, and I legitimately love the notch (sorry Callum), but what I didn’t expect was the insane speed bump from my vintage 2014 model. The battery on my 6 was as good as dead, making it was slow as fuck, so getting a brand new X was a dream. Hell, that must’ve been what heroin feels like.

I’ve since upgraded to the 11 Pro and I love that phone too, but most things I like about were introduced with the X.

So, here’s to you X, and your beautifully weird forehead. (Nino)

Want one? Take the dive.

The One X wasn’t my first smartphone, but it has been the most memorable.

I fondly recall saving up to buy it on a trip to Singapore, where it retailed for a lot less than it did in India. For months, I’d marveled at pictures of its gorgeous unibody polycarbonate construction and its distinctive camera bump. I’d memorized its hardware specifications and read several reviews, all of which lauded its superlative performance.

The One X boasted a best-in-class 8-megapixel camera, came with HTC’s gorgeous Sense UI with beautiful skeuomorphic widgets, and blazed through apps and games with its high-end hardware. But what I loved most about the phone was the way it felt in my hand. Its compact and slightly curved body was oh so comfortable to hold — a far cry from today’s oversized slabs.

I believe the One X was among the best examples of smartphones made of plastic. Sure, it wasn’t a ‘premium’ material per se, but it felt like a device from the future for as long as I used it, and the novelty never really wore off.

Today’s phones are increasingly going bezel-less, so we probably won’t see another handset like the One X ever again. But I still dream of a compact phone with the same design, and that unforgettable curved body. (Abhi)

Need your own HTC One X? See if you can find it here.

Do you have a different opinion? Think you know what else could be considered one of the best phones of the 2010s? Then let us know on Twitter.