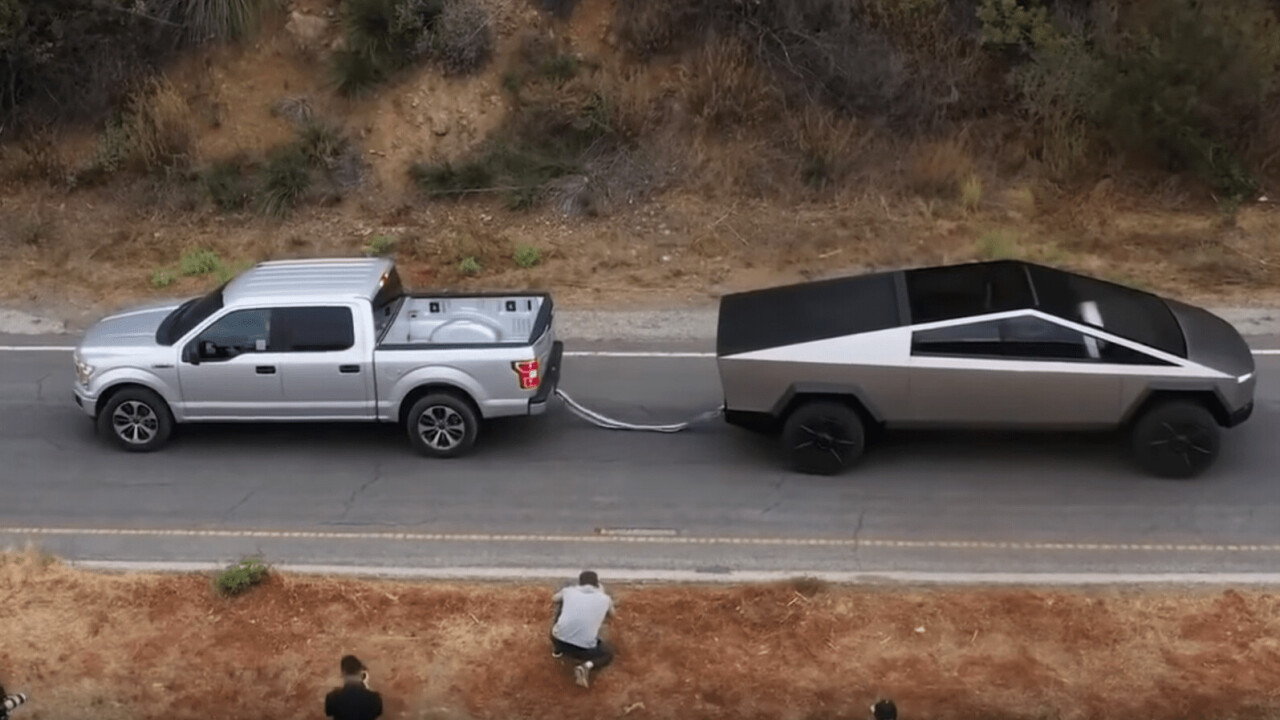 One of the more impressive demos from Tesla‘s Cybertruck unveil was a tug-of-war contest where it pulled a Ford F150 uphill. Effective of a clip as it was, many have doubted the contest, indicating the Cybertruck was helped by its higher weight, increased friction, or some other variable. Astrophysicist Neil deGrasse Tyson even chimed in:

Electric vehicles are famously heavy – over both axles. It’s all about the weight borne by spinning tires. That’s the source of traction, not the engine power.

hey @elonmusk send us a cybertruck and we will do the apples to apples test for you 😉😉😉https://t.co/H3v6dCZeV5

It’s not clear what Madra would change to make it a fair test, but some have claimed the Ford F350, with its higher torque diesel engines, would present a fairer challenge against the Cybertruck – it’s closer in price range too. It’s also worth noting Ford is working on its own electric F-150, which would certainly be the fairest comparison of them all.

Musk doesn’t seem worried though. In response, he simply tweeted:

This is almost certainly all just playful baiting, but I’d totally be down for a Ford vs Tesla exhibition match to the death, just saying. Something about competition being better for the consumer or whatever.