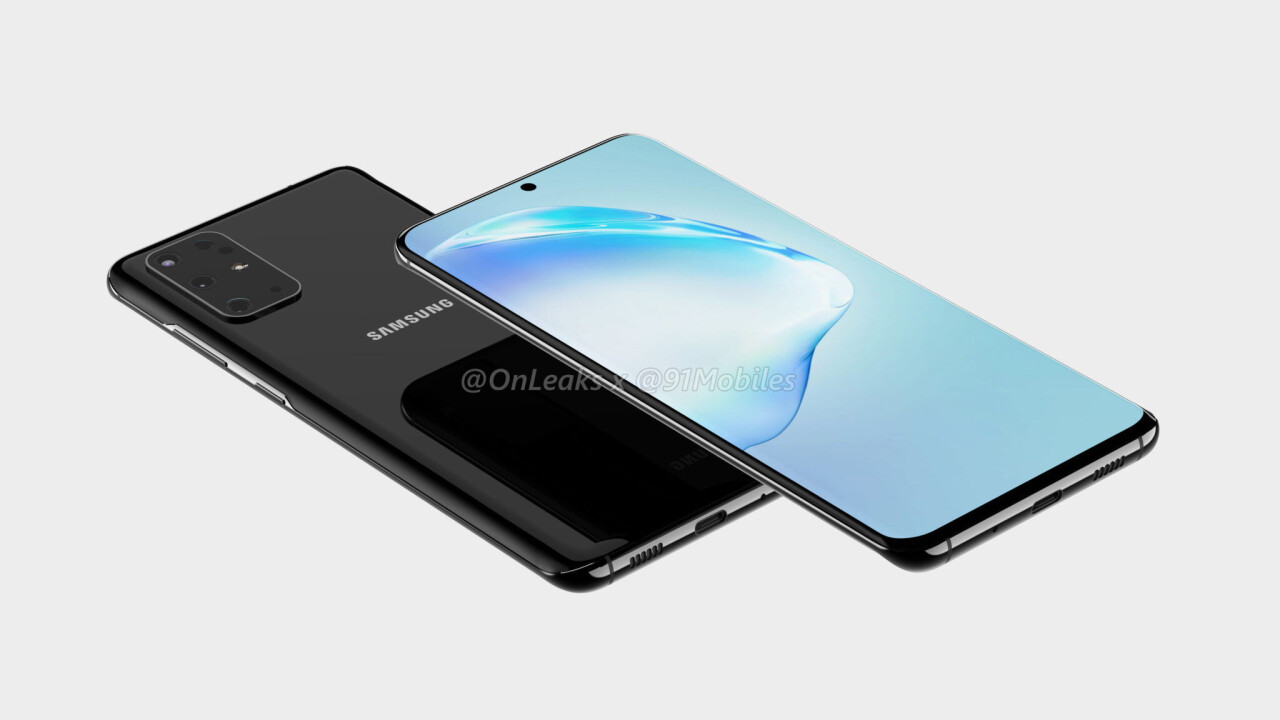 It’s not even 2020 yet and next year’s phones are already leaking. Case in point: today reliable leaker OnLeaks shared a bunch of renders of the Galaxy S11, presumably based on early schematics. While these are not official photos of the devices that have been leaked, OnLeaks’ renders (created in partnership with 91mobiles) have tended to resemble the final product in the past.

The most notable change is on the rear, where we see a large, rectangular camera module with five sensors and an LED flash. It kind of looks like a black domino.

Three of these should mimic the wide, ultrawide, and telephoto setup of current phones, while a forth one is the time-of-flight sensor we’ve already seen on a few Samsung devices. But the fifth sensor is a mystery; I’d guess it’s a super-telephoto as seen on a few competitors, as the phone is rumored to pack 5x optical zoom.

The primary camera is rumored to come with a 108 megapixel-sensor; Xiaomi’s Mi Note 10 already uses a Samsung sensor with the same ridiculous resolution. On the front, Samsung appears to have opted for the Note 10’s central camera cut-out placement. There also doesn’t appear to be a time-of-flight sensor on the front, as was previously seen on the S10+.

Other purported specs include a 120Hz refresh rate, a Snapdragon 865/Exynos 990 (location-based), 8GB of RAM and 256 GB of storage. Of course, the device will come in multiple configurations; we’re looking at at least three models once again.

Leaks seem to start earlier every year. Hopefully, there are still some surprises by the time spring rolls around.