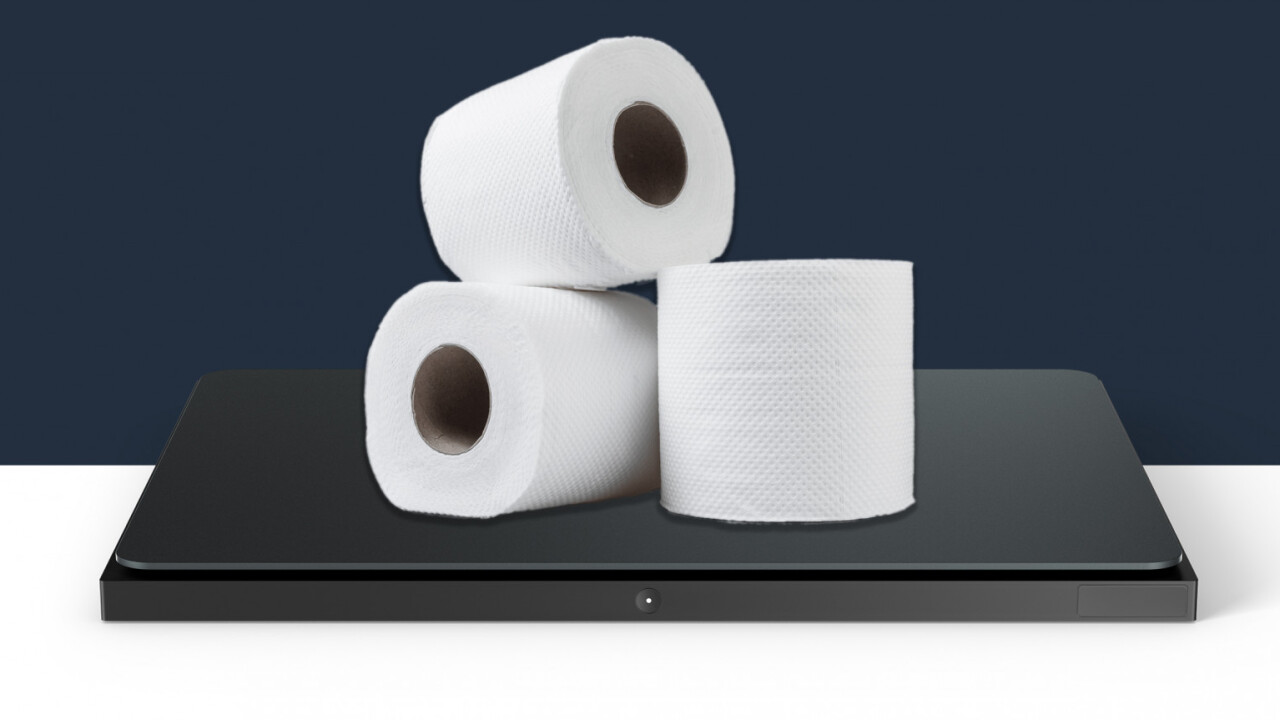 Amazon just launched its Dash Smart Shelf, an internet-connected weighing scale that’s made for office supplies: Stack up essentials like printer paper or rolls of tape, and it’ll automatically re-order more of those as they get close to running out.

Pretty smart, wouldn’t you say? We agreed, but my colleague Callum Booth had an even better idea: Why not chuck one of these in your bathroom, or wherever you stash your toilet paper?

That would solve the age-old problem of running out of TP when you need it most. The Dash Smart Shelf could automatically place an order when you have only a couple of rolls left, and you’ll never have to remember to pick up more when you’re at the store.

Amazon used to have a solution for this in the form of its Dash buttons, which you could stick anywhere around your house and connect to your Wi-Fi to order replenishment at the push of a button. But it discontinued those at the end of February, so you can’t buy new ones if you don’t already have some.

Our idea for the Dash Smart Shelf for Bathrooms is even better, because it removes the possibility of human error. You won’t ever have to worry about pressing the button and placing a second order after your partner or housemate has already done so.

Too bad the company doesn’t yet have plans to open this up to consumers anytime soon. It’s currently only offering its Dash Smart Shelves to select partners just now, and will begin selling it to Amazon Business customers with a registered US business license starting in 2020. If Amazon comes around to our idea, we’ll accept a check or lifetime supplies of TP, whichever’s easier.