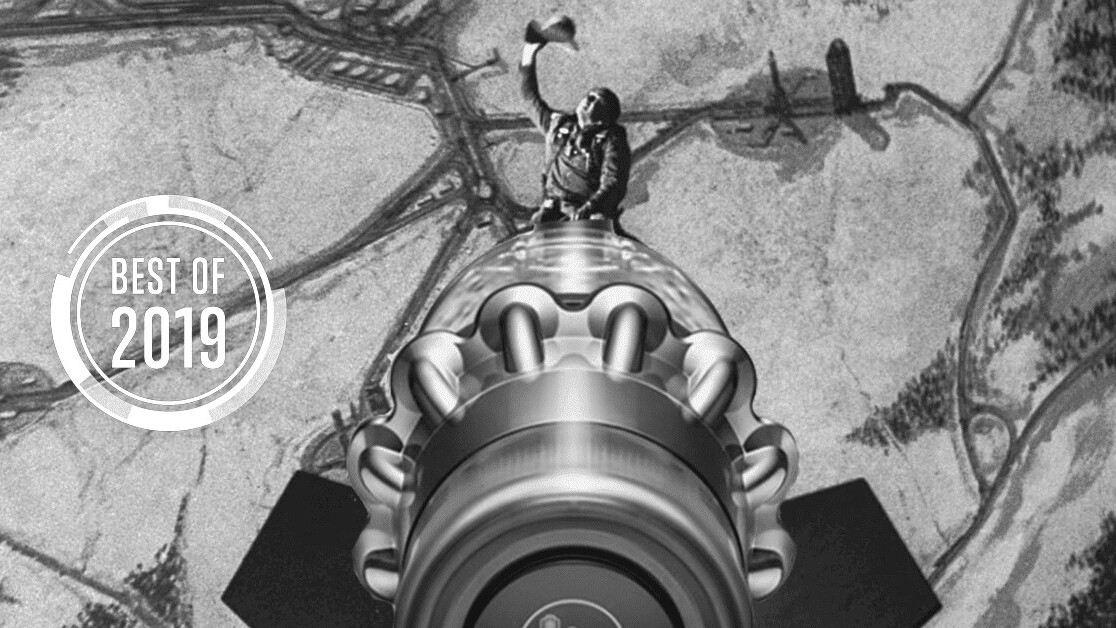 There are many household tasks I don’t like. Wiping down surfaces. Cleaning the shower head. Mopping. But one of my least favorite is (or, more accurately, was) hoovering.

Apologies in advance for the dad joke, but it sucked.

I had to maneuver this bulky machine out of an overfilled cupboard, its power cable was somehow wrapped around an old chair or suitcase, invariably causing everything to cascade out. And if I get through that? I need to hope I don’t trip over that damn black cord to an incredibly embarrassing death.

And once that’s over? I need to actually do the goddamn vacuuming.

Yeah, that means finding a plug socket, doing some of the floor, then having to crawl under a table to reach another part of the room. Just writing that has pissed me off.

But, friends, I’ve found the light. My life has been altered. Because now I use the Dyson V11 cordless vacuum cleaner.

So your life has changed because of the… Dyson V11?

Yes, I’m adult enough to admit that I genuinely love the thing. Rather than cringing whenever I have to give my flat a spruce up, the Dyson V11 makes me kinda excited. If I spill something, I happily skip to the cupboard to pull the vacuum out, instead of sighing and just brushing it away with my foot.

Everything about the Dyson V11 feels well made. The heads and parts slot together with a satisfying click. The joints and hinges operate so smoothly the Dyson V11 seems to glide around the room and under furniture.

Fuck, even emptying the bin on the damn thing is an experience. Please, let this promotional video from Dyson show you exactly how:

Seriously, it makes me feel like I’m in the future and I’m emptying the used shells from my space weapon.

And the cordlessness, oh lord the cordlessness. No longer do I search fruitlessly for a socket, or have to stop hoovering halfway through a cleaning session to switch up the plug. Nope, and to quote JME and Skepta, that’s not me. Well, not anymore at least.

I also feel I should say it did a good job sucking up all the dirt on my floor, right? Would be kinda strange if I didn’t mention that.

So you wanna talk about specs and features?

Kinda, but not really.

I’m not a vacuum cleaner reviewer by trade, so specs like the motor’s RPM (120,000 on the Dyson V11), suction power (185 air watts, whatever that means), and its blade construction (these ones have a different shape that supposedly helps increase efficiency) don’t really mean that much to me. All I can say is that, in my experience, it works well.

Despite these, there are some features that are genuinely cool. First off, there’s a screen on the back of the Dyson V11. Big whoop, right? Now, I wouldn’t say this essential for cleaning your house, but it did help me unravel the mysteries of the vacuum cleaner.

Of course, it shows you all the stats you’d expect (battery life, and what mode you’re on etc.), but it was the usage information that made the most difference to me. For example, if there’s a blockage (which happened to me because I vacuumed without a head attached for a bit like an idiot), it tells you what to do to sort that out.

Honestly, it was great. It changed a situation where I would’ve been flummoxed (well, without googling), to something I could solve quickly.

Well, the Dyson V11 changes its suction strength depending on what you’re hoovering. According to the company, it works by analysing the resistance the vacuum’s head is experiencing, but I don’t think that’s particularly important. What is important is that it improves cleaning performance and helps save battery life. Two things which are Quite Good.

On the topic of battery, I found a full charge would last me 45 minutes of hoovering. That figure did seem to vary though, so I guess it’ll depend on what the floor in your house is like.

If, for example, you have an entire abode covered in thick, shagpile rugs, the Dyson V11 battery will run down quicker than someone living in a wooden-floored apartment.

As much as I love the Dyson V11, there are a few downsides.

One thing that could be off putting for people is how you can’t stand the vacuum up, so you need to drill in a wall mount to store it properly. Once that’s done it’s pretty cool, but I can imagine lots of people not really having the space for that. Or just wanting their vacuum to stand by itself.

There is one glaring issue with the Dyson V11 though: price.

At $700 for the full kit, the vacuum cleaner is incredibly expensive — especially for something you’re unlikely to use for more than an hour a week. After browsing some forums, it appears you can get a comparable vacuuming experience for almost half the price from brands like Shark. In other words, if you’re looking for a bargain, the Dyson V11 probably isn’t for you.

What I will say though is that the V11 feels like a premium product. It’s a delight to use, and I couldn’t imagine what else I’d want from a vacuum cleaner.

So who’s this for?

Me. It’s for me. I’m going to spend my weekends going forward dressing up and hoovering my house like Freddy Mercury in ‘I Want To Break Free.’

But, really, I’d say the Dyson V11 is for anyone who wants not only a brilliant vacuum cleaner, but also the prestige a brand like Dyson brings to their home.

Having not tested its competitors, I can’t say for certain that this is the best on the market. What I can say (and this is tough to get out there without irony) is the Dyson V11 has changed my entire relationship to vacuums. It’s shown me that something I disliked can actually be made bearable with good technology.

I’m not sure what that says about me, technology, or the modern world, but, in this case, I’m gonna say it’s a good thing. Dyson V11? You’re a beautiful son of a bitch.