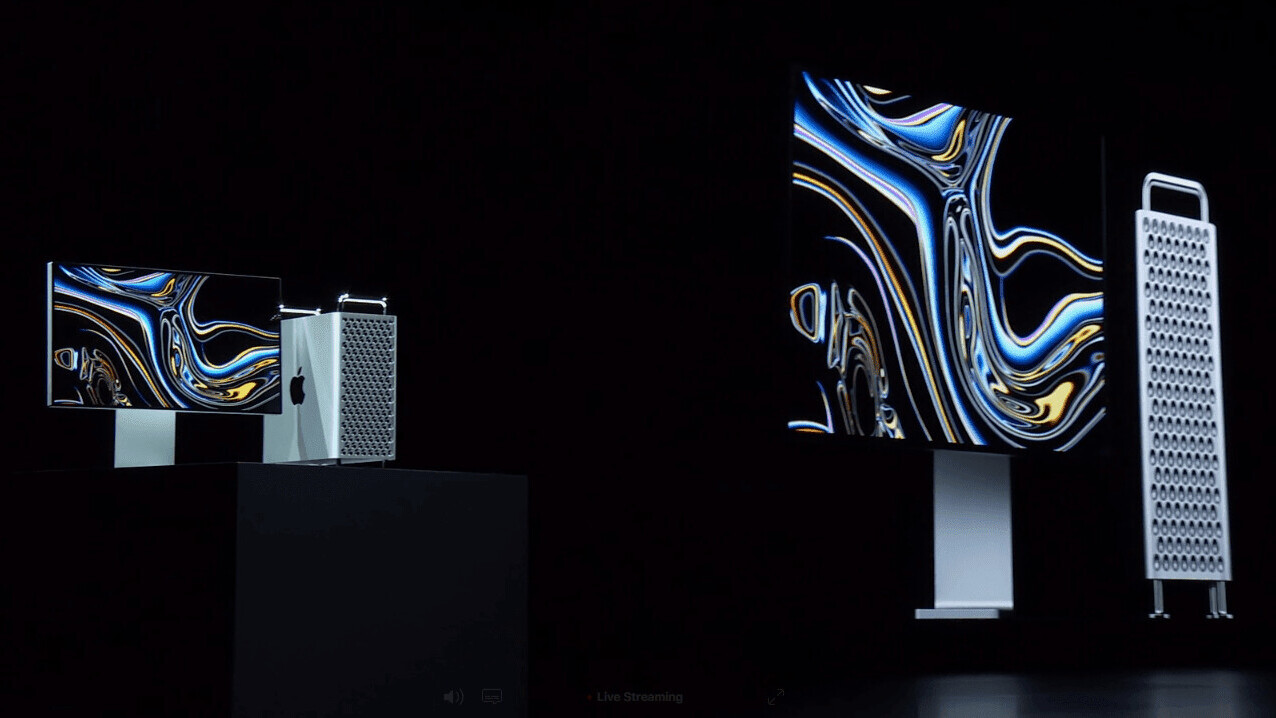 Just as expected, Apple revealed the new 16-inch MacBook Pro today. But amidst that big piece of news was a smaller one: Apple confirmed the new, cheese-grater-looking Mac Pro is still coming out this year. That desktop – as well as the fancy new XDR Display – will be available in December.

As a recap, the Mac Pro is Apple‘s most powerful computer ever, but its real claim to fame is its more traditional design. Unlike the trash-can Mac Pro before it, the new Mac Pro is entirely modular, allowing you to swap out almost any component the way you can on a custom Windows desktop. In fact, Apple made it easy to remove the chassis, allowing for quick repairs and component swaps.

The Mac Pro can be configured with up to

Apple previously revealed the new Mac Pro will start at $5,999 in a base configuration including an 8-core Xeon processor, 32GB of memory, Radeon Pro 580X graphics, and a 256GB SSD . Expect that price to rise dramatically as you add fancier components.