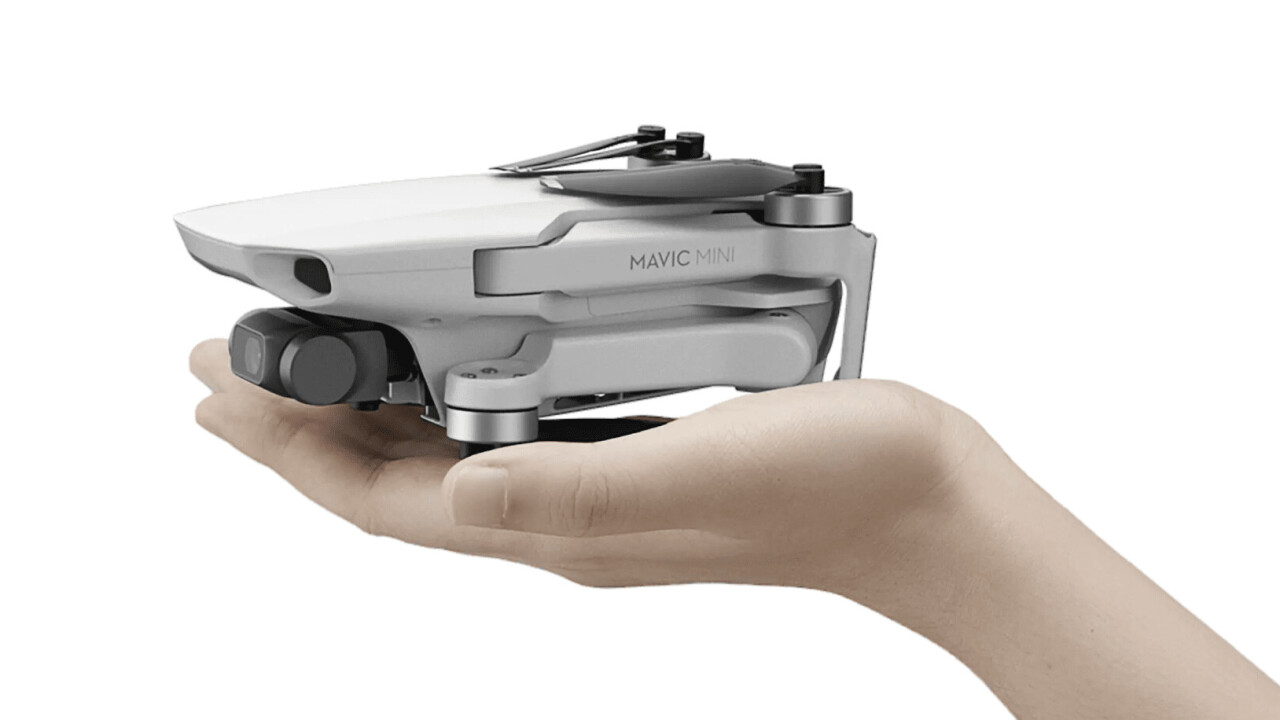 A few days ago, we reported on leaks about the DJI Mavic Mini – the company’s smallest drone yet – so the fact that DJI actually made the drone official today isn’t much of a surprise. What is a bit of a surprise is the price: $399.

As expected, the Mavic Mini weights 249 grams (just over half a pound), making it the first of the company’s drone to not require FAA registration. You’ll still have to check local ordinances, but it at least removes one small hassle for operating your drone legally. Being so small and light of course also makes it easier to take more places and means you probably don’t have to worry too much if one happens to fall out of the sky.

The Mavic Mini may be small enough to fit in the palm of your hand, but it can still do most of what its bigger siblings can. The drone has a flight time of 30 minutes per charge, can transmit video from up to four kilometers away (2.5 miles), and can still follow your subject, circle around, and perform other complex maneuvers.

The camera features a 3-axis gimbal and shoots video at 2.7k. This is the drone‘s biggest limitations compared to its siblings, but I doubt that’ll make much of a difference for the Mini’s intended audience. These are likely people either getting their first drone or buying a second one, and the difference between 2.7K and 4K is not particularly dramatic barring decent compression.

While leaks suggested pricing would be around $500, it turns out that price was for a bundle that includes extra propellers, propeller guards, three batteries, a carrying case, and more.

You can pre-order the DJI Mavic Mini now from store.dji.com, and units will begin shipping November 11.