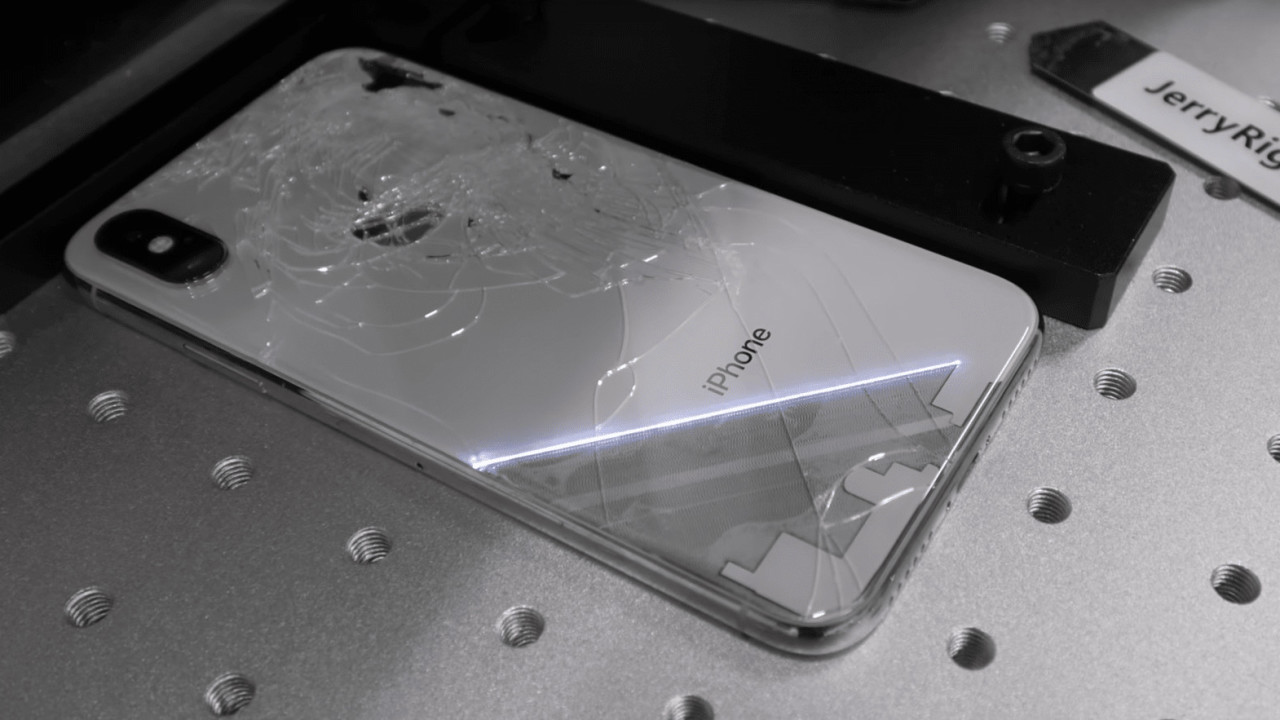 It’s always been expensive to repair a broken Phone, but the last couple of years, official prices have really soared into ludicrous territory. Replacing a broken screen on the iPhone XS Max or iPhone 11 Pro Max, for instance, will cost you $329 if you don’t have AppleCare+. Somewhat ironically, it costs even more to replace the back glass of an iPhone – up to $600 according to Apple. At that point, you might as well buy a new phone – which may very well be what Apple wants.

But it doesn’t have to be this way. As shown by YouTuber JerryRigEverything (real name Zack Nelson), replacing the back glass of a new iPhone can be a relatively inexpensive affair… if you have a big ole’ laser machine to help you.

See, Apple began using a permanent adhesive on the back of its phones with the iPhone X. This makes removing shattered glass much more difficult than on the typical phone, with which a basic heat gun is enough to soften the adhesive and remove the glass with a pry tool. So instead, repairs actually replace the entire rear housing. That’s why it costs so darn much.

As it turns out, however, there are actually machines designed specifically for removing the back glass off phones using lasers. Nelson is using a $2,041 machine from REWA. There are several such machines on the market, but they all work essentially the same way: a high-powered beam is able to literally burn off the adhesive under the back panel, while being precise enough to not damage other components. The process also happens to burn off the coloring under the glass, but it looks awesome doing it.

Once thoroughly pew-pew’d, the back glass is much easier to remove with a pry tool. It’ll still take some time, especially if your phone is thoroughly cracked (cracked glass diffuses and weakens the laser beam), but it’s definitely doable for a trained repair person. Then simply apply some adhesive and a new back, and voila – you have a new-looking iPhone.

There are some caveats. For one, finding replacement back glass with the Apple logo is difficult, so you might have to go with an unbranded look. Some will think you might as well go with a skin at that point. For another, it probably doesn’t make sense for an individual to buy a $2,000 machine to fix an individual phone.

But most people aren’t going to replace their own iPhone backs anyway. Instead, it seems like a no-brainer investment for small repair shops looking to provide a more affordable alternative to Apple’s solution. This is doubly true as it works for just about any other glass-back smartphone as well – you simply need to select the right preset on the machine.

Check out Nelson’s video for more, it’s worth it for the lasers:

And here’s another video from REWA that goes a bit more in-depth about the process:

Hopefully it won’t be so expensive to repair your shiny new iPhone at a local shop one day.