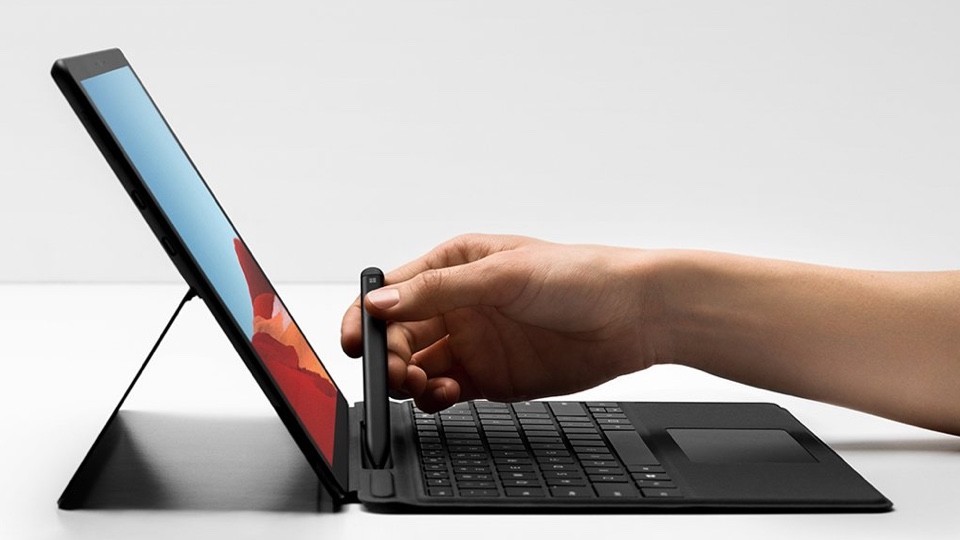 Microsoft announced its ARM-powered Surface Pro laptop today with a 13-inch display at its surface event. The device is just 5.3 mm thin and weighs just 0.76 kg.

It has a custom Microsoft SQ1 chip that has ‘Qualcomm Snapdragon DNA’ and custom AI processing as per the company. We don’t have details on what these terms actually mean at the moment. We’ll update the story once we learn more.

The laptop has integrated LTE support, USB-C, and fast charging to the boot.

The company’s chief product officer, Panos Panay, said ARM chips normally runs at two watts, but Microsoft has pushed the SQ1 chip to run at seven watts by redesigning it with Qualcomm. He added the device performs three times faster per watt as compared to the Surface Pro 6.

The Pro X has an AI engine that adjusts your eyes to make it look like you’re looking right into the camera while you’re on the call.

The 2-in-1 laptop will cost you $999. You can pre-order the device starting today and it’ll be available from November 5.