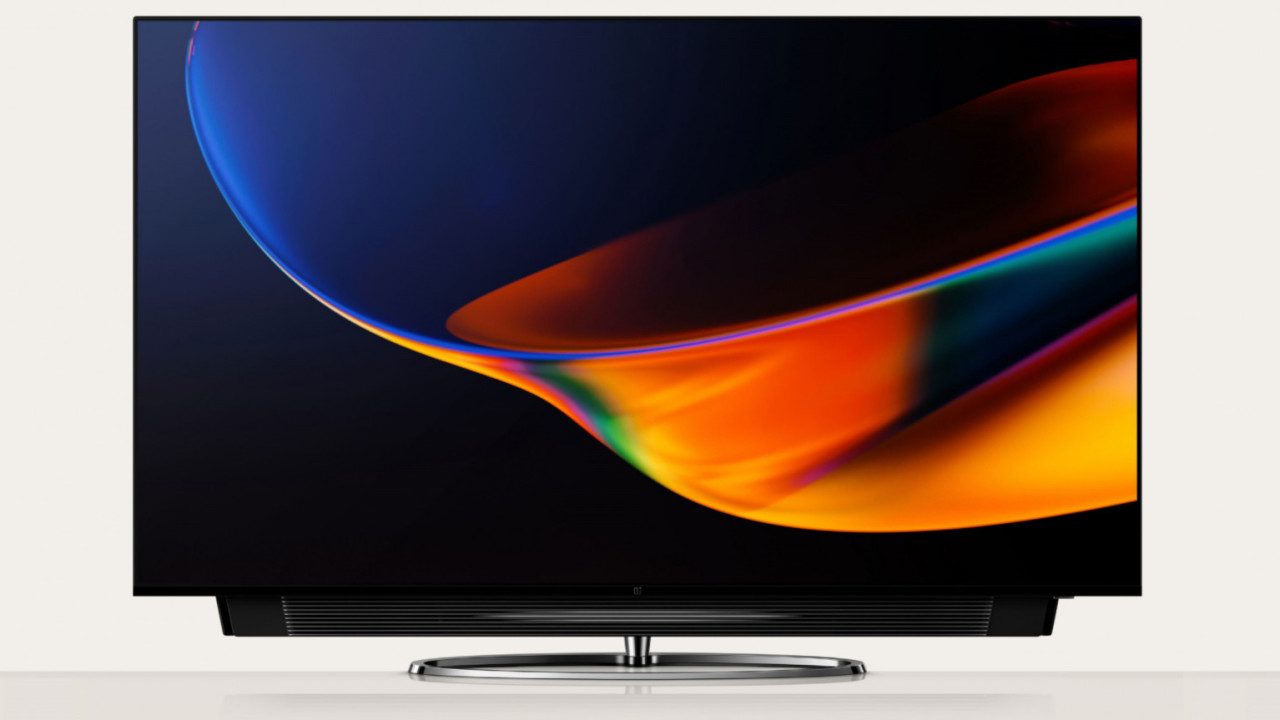 After months of hype, OnePlus has launched its first TV, the 55 Q1 Pro. As you can tell, this is a 55-inch model, and it comes with Android TV on board – as well as a couple of custom features from the company.

The 55 Q1 Pro features a 4K HDR-capable QLED VA panel, framed by a narrow bezel on three sides. At the bottom, you’ll find an eight-speaker module that runs along nearly the entire length of the TV and slides down from behind the display to position itself just beneath it.

You can control it with an included rechargeable remote that’s made of aluminium and fairly similar to the one bundled with the Apple TV. It’s slim and compact, features a multi-direction button to navigate around the Android TV interface, a shortcut to Amazon Prime Video, and a mic to search for content using Google Assistant.

OnePlus has also put together Connect, an Android app that connects to the TV over Wi-Fi, and serves as a remote. It also has a drawer with shortcuts to oft-used TV apps, a Google Assistant button, and an option to automatically turn down the volume on whatever’s playing when you receive a phone call. You can use Connect with any Android phone, not just those made by OnePlus.

The Pro model comes with four full-range speakers, two tweeters, and two woofers in the sliding soundbar, making for a total of eight; there’s another model that’s identical to the Pro in every way, but gets just four speakers. 🤷

Along with Android TV, OnePlus has also included OxygenPlay, the company’s cross-service app for discovering content to watch. You can bring up the app with a shortcut button on the remote as well as the Connect app. In India, the company has partnered with Amazon Prime Video, Eros Now, Hungama, Jio Cinema, and Zee 5 to surface TV series and movies within OxygenPlay.

It’s worth noting that the Q1 Pro doesn’t currently support Netflix at launch, which means you can’t install the Android TV app, or beam content from your phone via the built-in Chromecast service. the company hopes to get certified by the streaming giant by October or November, after which it’ll play nice with Netflix. But that remains to be seen.