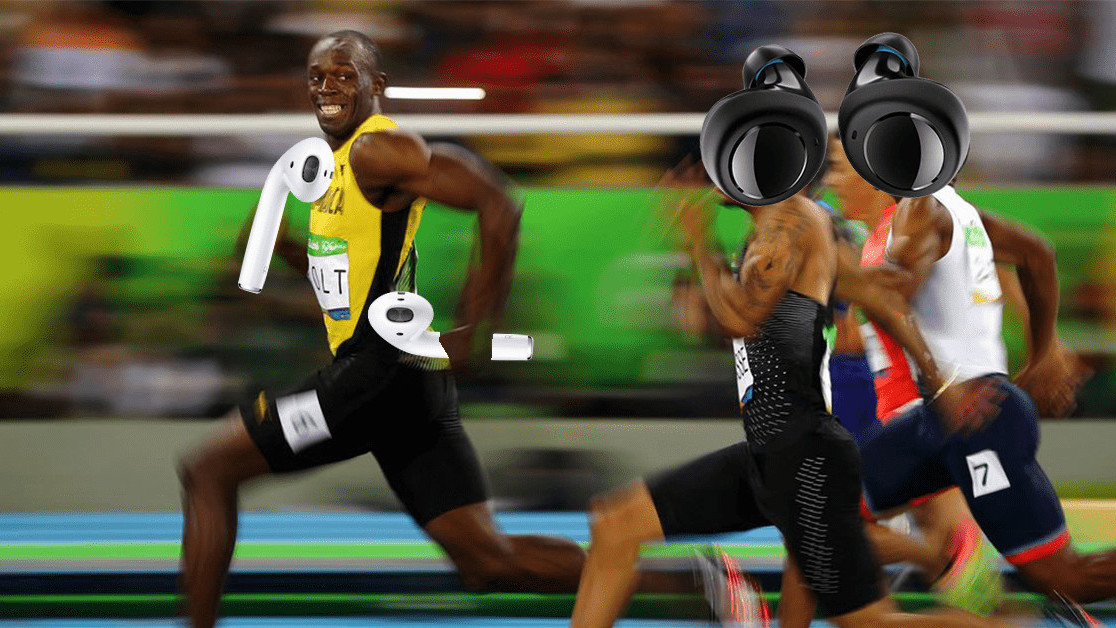 You can barely move these days for true wireless earbuds. You have the incredibly popular Apple AirPods, the brilliant-sounding Sennheiser Momentum, a whole load of cheap knock-offs — and, now, Amazon‘s Echo Buds.

There’s no doubt these things are going to be popular, but I can’t seem them dislodging Apple‘s AirPods as the de facto wireless earbuds in the true wireless space. So, let’s get into.

Price-wise, Amazon‘s earbuds will retail for about $130, which is $30 cheaper than the AirPods. This also makes them less expensive than pretty much any of their big name competitors, which is pretty alluring.

Amazon‘s Echo Buds also boast a feature that separates them from all their competitors in their price-range: active noise-reduction technology from Bose. I’d be interested to see how well this actually works (each time I’ve used this feature in other true wireless earbuds, it hasn’t been that impressive), but I trust that Amazon and Bose will pull something exciting out of the bag.

As you’d expect, the Echo Buds also have Alexa integration, but how you feel about this is obviously a personal issue. Many won’t mind that Amazon have another avenue into your everyday life, while others would be more comfortable with with no voice-activated assistant at all.

There are a range of other features (20 hours of battery life with the case, an IPX4 water resistant rating, and auto-pausing when the buds are removed from your ear), but these aren’t really different from competitors.

Now, the big question, will Amazon‘s Echo Buds beat out AirPods? Well, it depends on what way. Sales-wise, they might do well, but they’re not going to capture the public’s imagination.

As feature-rich as Amazon’s true wireless earbuds are, they’re going to struggle to hit three major markets: the fashion conscious, the Apple fans, and the audiophiles.

Amazon’s Echo Buds are never going to be aspirational like AirPods. They’re not immediately recognizable, nor are you going to see them in the ears of athletes and celebrities. You’re also going to find that a lot of iPhone users are also just going to choose AirPods because they’re part of the ecosystem.

Now, audio-lovers. My gut feeling is that most people who hold sound quality in high regard are going to choose earbuds from Sony, Sennheiser, or other companies with a more storied past in the field, not Amazon.

All this isn’t to say Amazon‘s Echo Buds won’t be a huge success. I expect the company will shift millions of these things, it’s more that I don’t believe Amazon will get a foothold in the public’s imagination when it comes to true wireless earbuds, let alone challenge the AirPods in this sector.

Still, Amazon‘s Echo Buds will probably make a lot of money, so who’s winning in the long run? Anyway, make sure to check back in for our full review, to see if this prediction is solid or spurious. Only time will tell.

If you’d like to pre-order Amazon’s Echo Buds, you can get them for $130 right here.