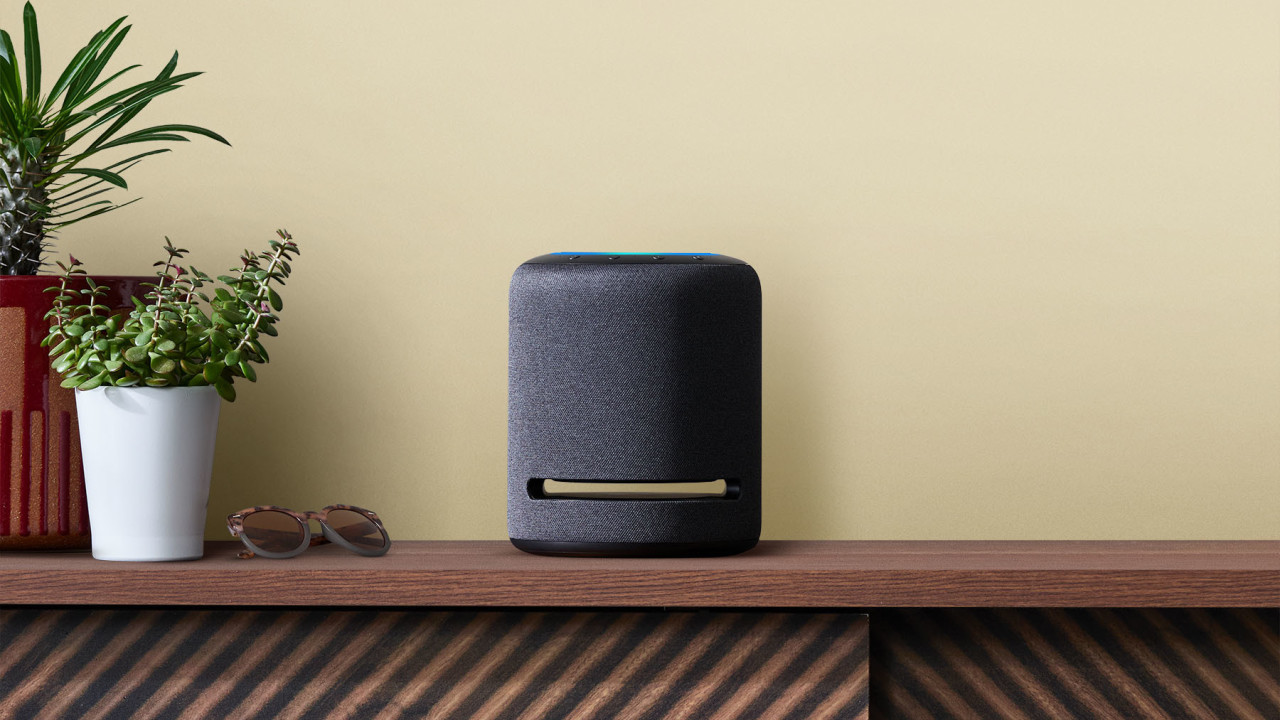 Amazon revealed an onslaught of new devices today, and among them was its first ‘high-end’ speaker: the Echo Studio. Amazon is claiming serious audio quality here, as the speaker was designed to go along with the company’s new Amazon Music HD service, which is able to deliver lossless audio. Moreover, it’s the first voice-enabled speaker to natively support Dolby Atmos, as well as Sony‘s new 360 Reality codec.

It’s designed to compete with the likes of the Sonos Play:5, Google Home Max, and Apple HomePod, but clearly beats them in one area: price. It’s up for pre-order today for $200 and will begin to ship November 7. That’s $100 cheaper than Apple and Google’s offerings, and a full $300 cheaper than Sonos‘.

These prices aren’t worth much without direct sound comparisons, but on paper, the Studio has a lot to show. It’s packing a 330W amp with a 5.25-inch woofer, three 2-inch mid-range drivers (occasionally known as squawkers, if you want to be fancy), and a 1-inch tweeter.

The squawkers are the star of the show here, with two firing to the sides and one firing upward in order to help the Studio create those 3D effects. The speaker is also able to support up to 24-bit, 192khz audio, which should cover most any audiophile’s resolution standards.

Of course, it’s still an Echo speaker, so Alexa is built-in with seven microphones atop the speaker surrounding the classic blue LED ring. Moreover, the microphones also serve to do some automatic sound tuning, as seen on competitors. And because Amazon is highlighting its 3D audio chops, you’ll be able to simply ask Alexa to play 3D music and discover the handful of songs in the format.

I haven’t yet heard the speaker, but considering most people can’t differentiate between half-decent compressed audio and lossless, I’d be mighty impressed if this speaker somehow had enough resolution to make the difference matter. Still, the low price point and purported performance will undoubtedly attract the eyes of some customers who might’ve otherwise considered a Sonos, Google, or Apple speaker. For Amazon, that’s probably enough.