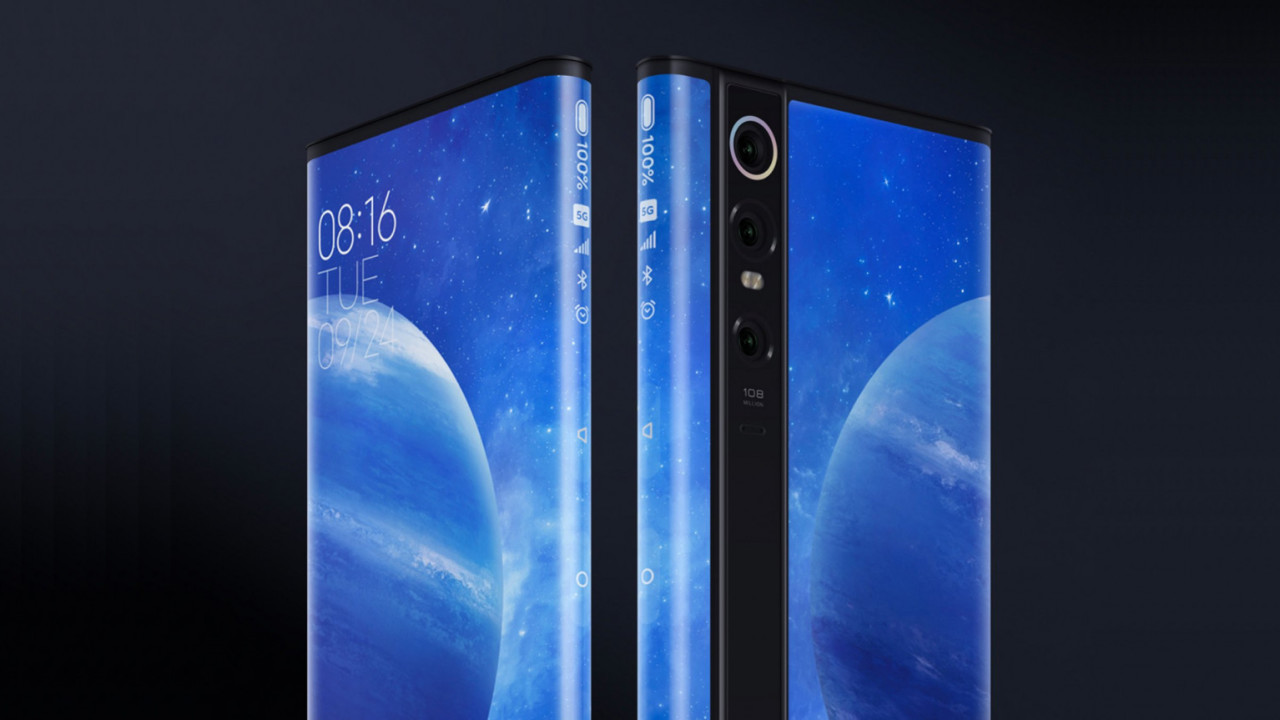 Xiaomi is out to make smartphone enthusiasts’ jaws drop to the floor with its new Mi Mix Alpha, the concept phone it revealed at an event in China today. The handset has a wraparound screen that practically covers the front and back, save for a strip that houses a 108-megapixel camera.

The company said the device has an insane screen to body ratio of 180.6 percent; all of the phone’s antennae are embedded in the top and bottom bezel, and the camera strip.

The device has been made from a mix of titanium alloy, sapphire glass, and ceramic.

This is how we made #MiMIXAlpha a luxurious smartphone. pic.twitter.com/PtgNNFXeQ1

Because of the curved screen, there are no physical volume buttons on the phone. It uses pressure sensors on either side to adjust the volume.

The Mix Alpha doesn’t have a selfie camera either. The company said because of the wraparound screen, you can just turn the phone around to take a selfie. The phone has a crazy 108-megapixel sensor, which was supplied by Samsung (and announced last month).