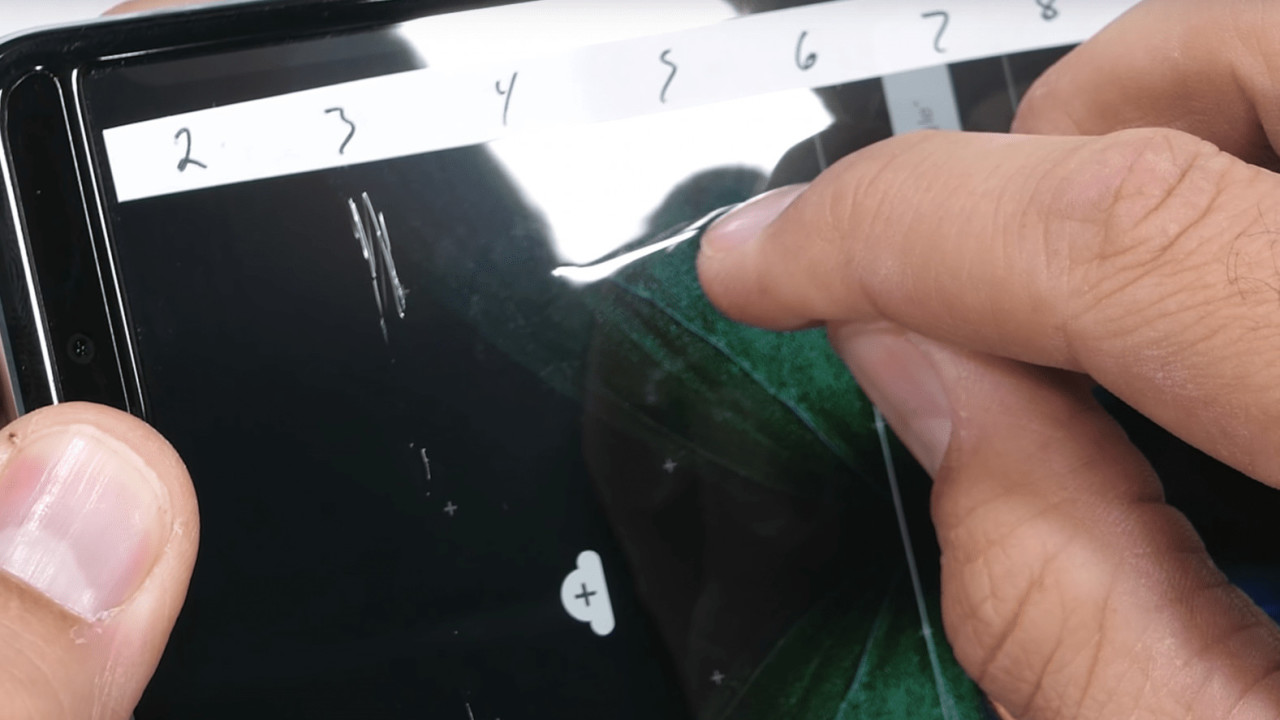 It’s worth commending Samsung for taking the time out to fix the problems with the original Galaxy Fold. Granted, maybe some of these problems shouldn’t have been there in the first place – such as an easy-to-remove but essential plastic film – but it’s encouraging that Samsung delayed its most-hyped launch of the year to make a better phone.

But don’t get me wrong: the Galaxy Fold is still no durability king, as JerryRigEverything’s (real name Zack Nelson) ritual torture tests show. You can watch it here:

Nelson acquired a Korean retail version of the phone and put it through its paces. While the exterior screen is about as scratch resistant as any typical glass panel, the folding screen is less so. That one is still plastic because glass can’t fold, so instead of the usual “scratches at a level six with deeper grooves at a level seven,” the display is soft enough to be scratched with a fingernail (Samsung warns you not to press the screen too hard). Worse, it seems there’s no way to safely add a screen protector.

Nelson then proceeds to fold the screen with some sand on it, to replicate taking the phone to the beach. When he unfolds it, there’s now some grinding noise from sand stuck in the hinge. And though Samsung added reinforcements to prevent debris from getting under the screen, you clearly still need to be careful. Samsung does note that the screen isn’t dust or water-resistant, but… ouch. At another moment, accidentally sticking his knife into the side of the phone screen ends up killing several rows of pixels.

On the plus side, the phone survives being folded the wrong way – the hinge seems strongly reinforced – but does crack a bit around the antenna line.

None of this is really a knock against Samsung. It’s still a groundbreaking form factor, and the Fold holds up better than the Royole Flexpai. It’ll take time before folding phones develop the durability we expect from our current smartphones.