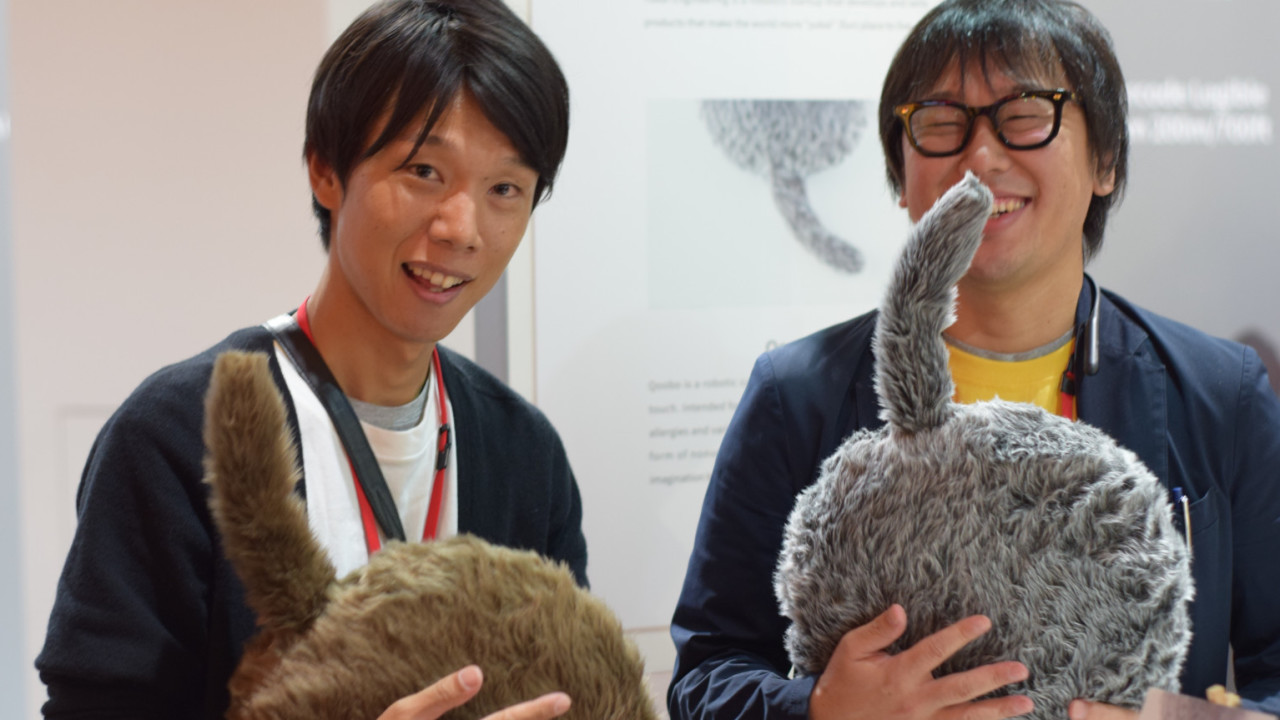 Covering consumer tech is always great fun. From phones to semiconductors, innovation happens at a breakneck pace. Each day, I get to see the world change in a subtle but profound way. But the most intriguing products are seldom those with a mass-market appeal. Take, for example, Qoobo, from Japanese startup Yukai Engineering Inc.

Qoobo is probably the weirdest thing I’ve ever set eyes on within the context of a trade show, which are usually tedious corporate affairs. I’ll try and describe it for you.

It’s shaped a bit like a pillow. The entire device is encased in a layer of soft, velvety synthetic fur. When you cast your eyes to the back, you’ll notice a there’s a short tail that pokes out prominently.

When you stroke the device, the tail rhythmically responds to your motions. It sways pendulously from left to right, just like a cat would, matching the direction of your stroking.

Yes, I hear you laughing in the back. It’s a weird concept. But when you think about it, it makes perfect sense.

Pets are proven to help emotional well-being. A 2009 article published in the Veterinary Clinics of North America journal exhaustively reviewed the existing literature on this trend, highlighting several studies that suggest how pet ownership can produce lower stress, improved mood, and overall better physical health in some population groups.

Unfortunately, not everyone can own a pet.

Many rental agreements explicitly prohibit tenants from owning animals. Some are allergic to cats and dogs, while others suffer from mobility problems that would otherwise make it impossible to care for a creature.

The Qoobo is aimed at those people, and already it’s proven to be a success. Speaking to TNW from the dimly-lit Japanese pavilion at IFA, company co-founder explained that Yukai Engineering had already sold over 10,000 units, mostly within its home market of Japan. The company also boasts a small but growing customer base in the United States.

The product was also hugely successful on Kickstarter, selling over 900 devices to backers, raising over 12.3 million Yen in the process. At current exchange rates, that’s nearly $120,000.

Yukai Engineering describes this product as “a tailed pillow that heals your heart.” That’s poetic. It’s also a reminder that the powerful impact of tech shouldn’t just manifest itself in clock speeds and megapixels, but rather how it can make people’s lives better.

And, if you’re wondering, you can grab a Qoobo on Amazon for $149, plus shipping.