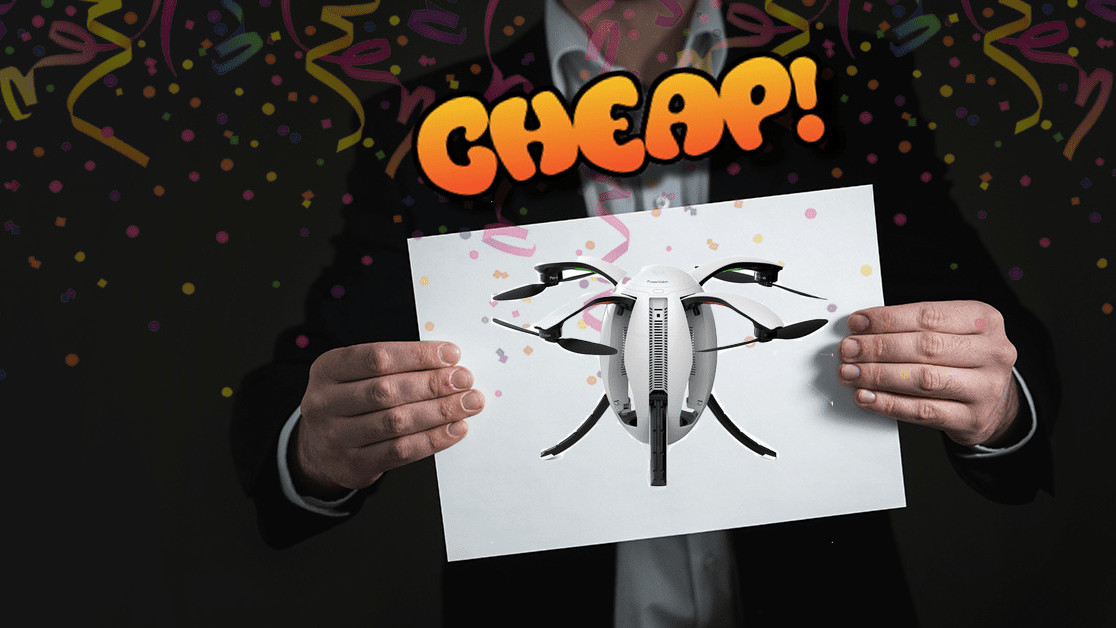 Have you seen the movie Arrival? It’s a fantastic movie starring Amy Adams where aliens arrive in a floating egg-shaped ship to the earth. How cool would it be if you can get a gadget which looks like that?

I got just the right thing for you. Power Vision’s super cool Power Egg drone is selling for just $349, down from $499.

The drone stays in this alien-egg form in the standby mode, and becomes a powerful flying machine when activated. It has a 14-megapixel camera to shoot 4K video and three-axis gimbal to stabilize the footage.

The Power Egg has different flying modes such as orbit, flying, and cable cam mode (following a pre-defined path based on different parameters) to capture video in different ways.

You can also choose to define the minimum and maximum distance between you and the drone during its flight.

You can control it from up to 5km away with a joystick-style transmitter included in the box. The drone can fly up to 23 minutes with a single charge.