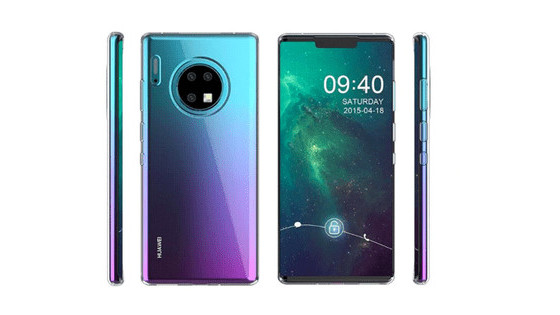 Did you get it right? The countdown to #HuaweiMate30 starts now!
We're going full circle in Munich on 19.09.2019.
Join us live: https://t.co/9ugi5gG9ci#RethinkPossibilities pic.twitter.com/etRYjrBVEC

Despite President Trump’s approval to allow Huawei to resume trade with US companies and extend its temporary license, the company’s troubles are not over. According to a report by Reuters, the Chinese manufacturer’s upcoming flagships – the Mate 30 and the Mate 30 Pro – will be released without official Google apps on board.

A Google spokesperson told Reuters that due to the US ban, the Mate 30 can’t be sold with official Google Play certification which means it can’t run apps such as Google Maps and Gmail. They also added the temporary license doesn’t apply to new products that weren’t certified before the ban, and that includes the two aforementioned devices.

So, while the device may feature an impressive quad-camera setup carrying on from the Mate 20 Pro and the P30 Pro, it won’t have a Play Store. The company might have to run an open version of Android with an alternative app store.

Can be 100% sure, this is a real poster leaked. pic.twitter.com/WgUiaGUTR4

Huawei announced its new operating system, HarmonyOS, earlier this month. But last week, it said it has no plans to put that operating system on a phone this year. Besides, it’s unlikely that the Chinese tech giant will switch to an unproven operating system so late in the product cycle.

The company is reportedly set to reveal the Mate 30 Pro next month in Europe. However, there’s no clarity at the moment as to where it’ll sell this model (besides China) without the official Google certification. Even if the phone is packed with features, it’ll be a hard sell for Huawei.