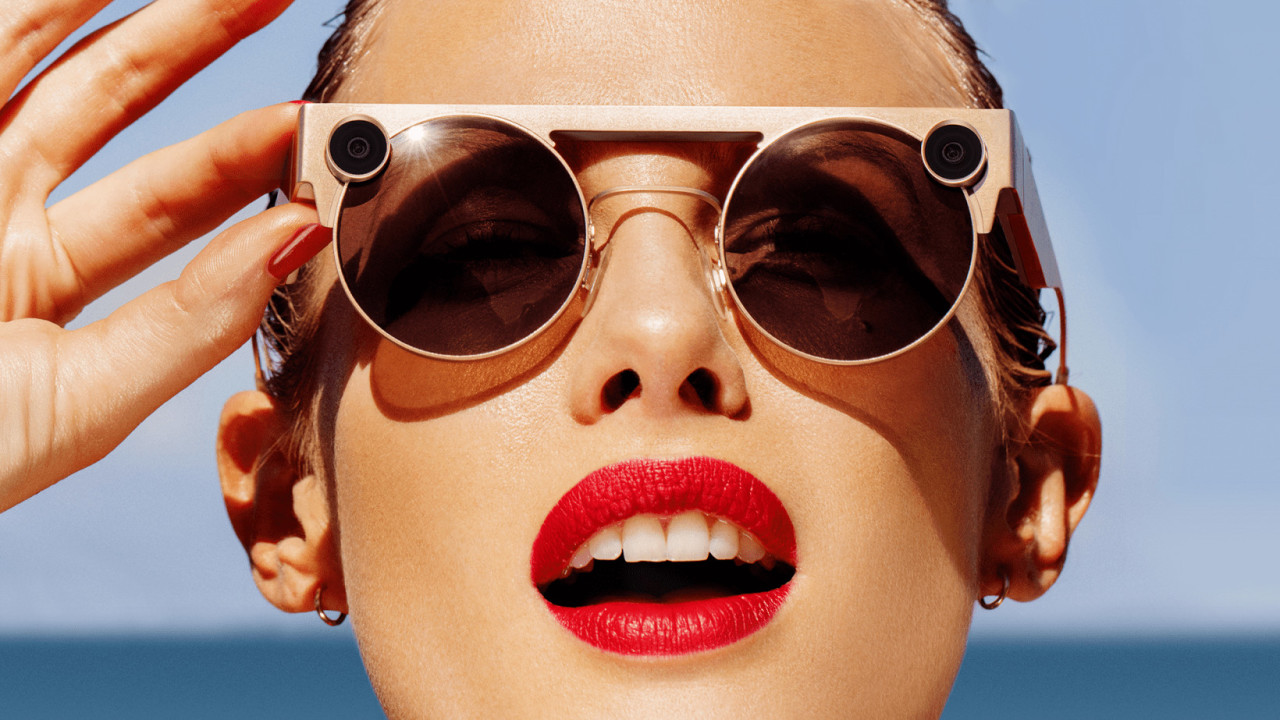 When Snap first revealed its Spectacles in 2016, they were something of a mini-phenomenon. Here was a pair of wacky sunglasses sold through wacky vending machines that could record video in a circular format. At the time, some thought pivoting into hardware could be the company’s defense against increasing encroachment from Facebook. Now we know that’s not the case.

Despite Snapchat’s waning popularity after Facebook’s properties copied all its best features, the company isn’t totally giving up on Spectacles. Today it announced the Spectacles 3, introducing a second camera for better AR and pivoting to appeal a more luxury crowd. Accordingly, the price has shot up from $150 to $380.

At first glance, that price jump is alarming; you’d think Snapchat would want to keep the price low to sell more glasses. But perhaps this new approach makes some sense. Instead of a cheap gimmick, the glasses come off as more of a luxury item; that certainly seems to be the goal Given snaps new the aesthetic of its marketing materials.

Basically, the few people who do use Spectacles regularly (if they exist), would probably be willing to pony up for it. In fact, Snap notes the news specs are a ‘limited release.’

Aside from the new looks, the big hardware change is the addition of a camera, which lets you capture depth information using the parallax effect. Both cameras can capture HD footage at 60 FPS, and four microphones help record clear audio. Snapchat is creating new 3D effects for the second sensor, and you can use an included ‘3D viewer’ – basically Snap’s version of Google Cardboard – to watch your recordings scenes in 3D.

There’s 4GB of storage onboard, and you can capture 70 videos or 200 photos on a charge. Rounding out the hardware is a new flat leather case which will recharge your glasses in 75 minutes (the case itself is charged via USB-C).

At this point it’s hard to imagine Spectacles will be a big hit for Snap, especially given the glasses still seem to be limited to posting on Snapchat and require manual syncing to your phone. Still, the high-end pivot could help Snap start reshaping its image.

The new glasses come in Carbon (Black) and Mineral (Rose Gold) colors. They’re available to pre-order from Snap now, and will be released November.