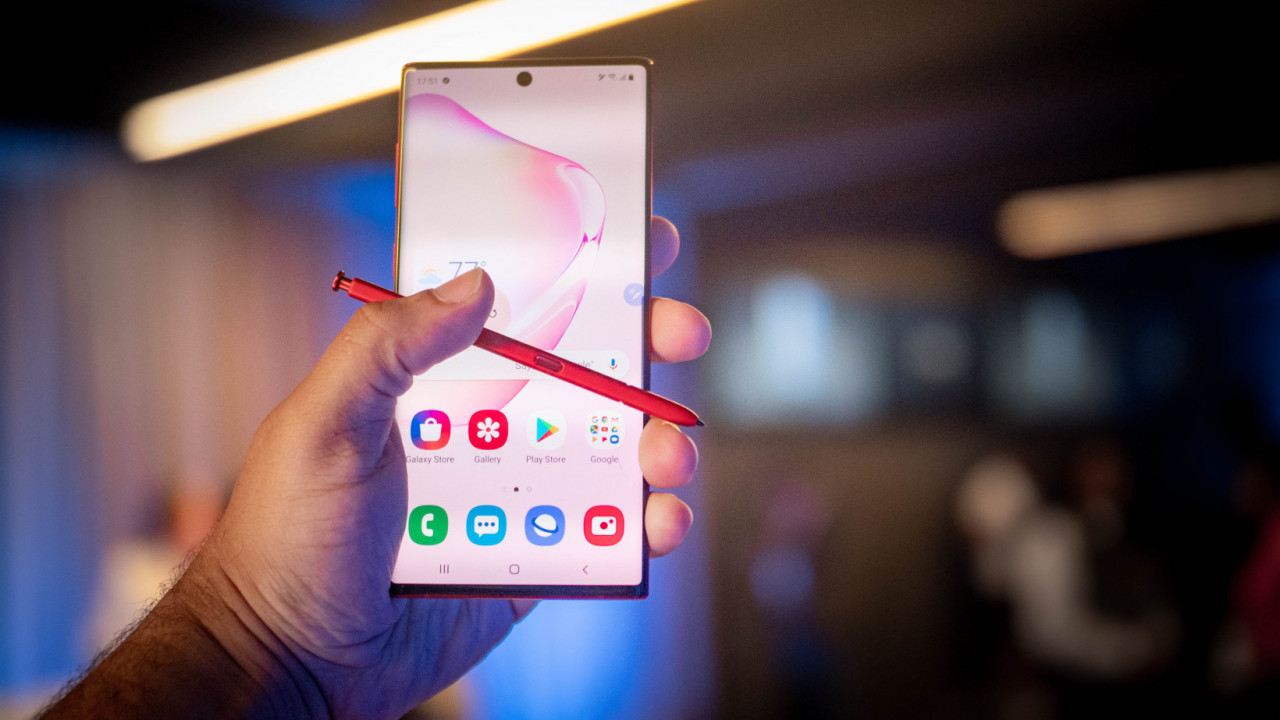 The Galaxy Note 10 may not have quite the hardware lead over the competition as its predecessors did, but that doesn’t mean Samsung isn’t putting out a quality product. Case in point: two test labs, DxOMark and DisplayMate, doled out their highest ratings so far for the Note 10’s camera system and display, respectively.

On DxOMark, the Note 10 scored a 113 total score for the primary camera, just barely nudging ahead of the 112 achieved by Huawei P30 Pro and Samsung‘s own S10 5G.

(Well, technically the Note 10+ 5G, but the results should be indicative of the family’s performance.)

Things get a bit messier when you look at the score breakdown though. The Note lags a notch behind the P30 Pro in the Photo category (118 vs 119), but pulls ahead thanks to its improved video performance (101 vs 97).

We’re obviously splitting hairs here, but there are a few ways to interpret the Note 10’s performance. On one hand, according to DxOMark, it’s the best out there. On the other hand, it seems Samsung only provides a marginal improvement over the S10 5G.

Moreover, you might just be skeptical DxOMark’s rankings altogether. While I appreciate the firms rigorous testing, I’ve come to view the results with some skepticism, at least for my own needs.

Anecdotally speaking, ask tech journalists and photographers which phone has the best camera and a sizeable portion are going to say it’s the Pixel 3. It’s still the phone I recommend to most people for photography purposes, despite more versatile hardware on other devices. Others will recommend the iPhone XS Max. These lie at positions 16 and 10 on DxO’s rankings, respectively.

The P30 Pro and S10+  have been able to pull ahead in part because of their multitude of sensors and lenses, not to mention Huawei‘s giant primary sensor. But if you prioritize stills from the main camera, as I believe many do, DxO’s score becomes less useful.

None of this is to take away from Samsung’s achievements, mind you. I’m just saying you should view these scores within context, especially considering, Huawei, Google, and Apple have their own new flagships right around the corner.

Samsung’s top DisplayMate ranking is less contestable, because Samsung, actually *makes* the displays on most of its top competition, including Google, OnePlus, and Apple. Naturally, it keeps some brass for itself too. And what top brass it is; the Note+ “sets or matches 13 Smartphone Display Performance Records.”

This year, DisplayMate says that rather than simply improving the specs of its panels, Samsung has placed a greater emphasis on color accuracy as well. In particular, the displays are now calibrated to greater precision at the factory, such that they are “visually indistinguishable from perfect” and the most accurate DisplayMate has measured yet. It’s a far cry from the days when the biggest complaints against OLED displays were oversaturation and inaccuracy.

That said, these results are achieved using Samsung’s ‘Natural’ color setting, but DisplayMate notes the vivid setting can offset some saturation and contrast loss in environments with significant ambient light. This is also not to say the hardware hasn’t been improved either; the display can reach an eye-searing 1,308 nits, 25 percent brighter than the Note 9. It also is one of the first phones to cover 100 percent of the DCI-P3 Color Gamut used in films.

I’m looking forward to spending more time with that gorgeous display. For more of the nitty-gritty, you can read DxOMark’s report here, and DisplayMate’s report here.

The Galaxy Note 10 starts at $949 and can be pre-ordered from Samsung.com  in time for launch on August 23.