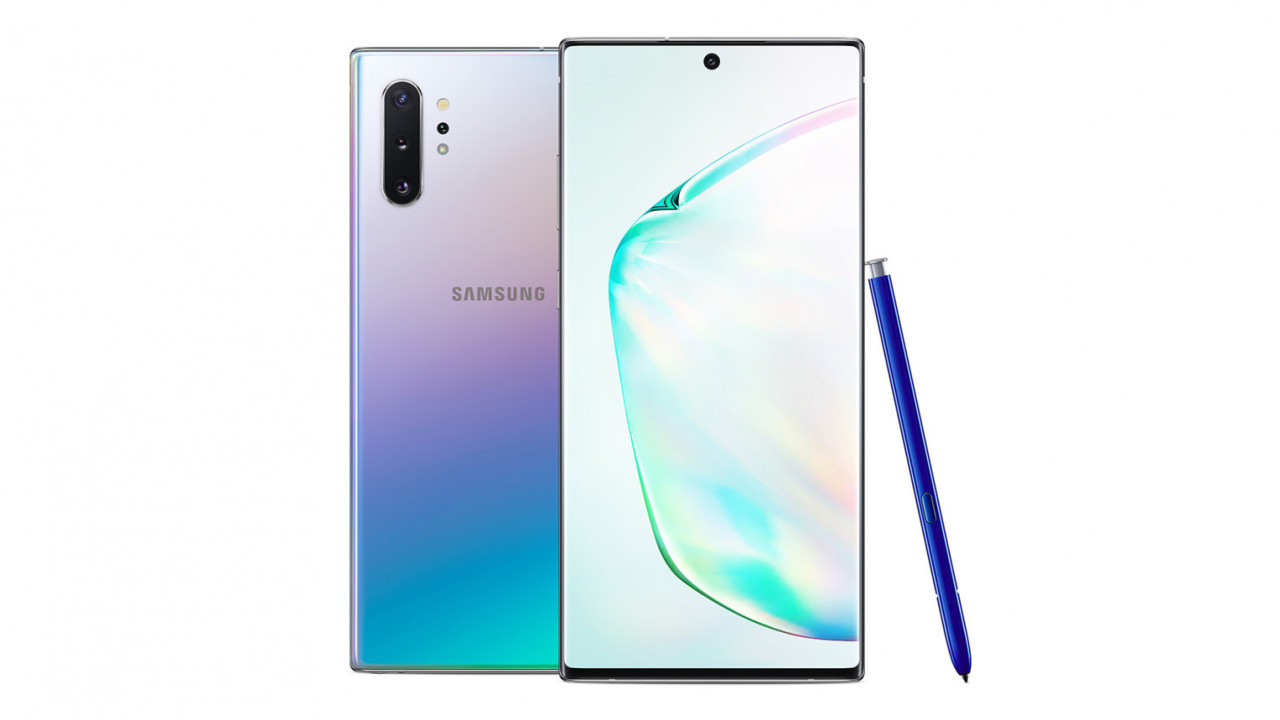 Right on cue, Samsung has officially revealed the Galaxy Note 10, and for the first time in the note series, an even larger ‘Plus’ model. Granted, ‘Revealed’ might be a bit of a strong word given how much we’d learned about the devices going into today’s Galaxy Unpacked event, but it’s nonetheless welcome to have some real confirmation. This is the

First things first, let’s do away with the specs. For the smaller Note 10:

The larger Note 10 is mostly the same, with a few changes and extra features:

Thankfully, Samsung doesn’t seem to have significantly crippled the smaller model, with the most notable change being the lack of a ToF sensor.

Aesthetically, the devices are a slight evolution of Samsung‘s design language. Instead of the rounded rectangle Samsung has been using around its cameras forever, the phones have a capsule-shaped module instead.

The new S-Pen is the star of the show. The stylus has a motion sensor, allowing you to do things like zoom in and out photos, change to your selfie camera, or control YouTube videos by using flicks in different directions. You can also now create ‘AR Doodles’ that can flow around 3D objects, and handwriting-to-text can now be activated by simply tapping on your scribbles.

Moreover, Samsung is opening up an SDK for developers to integrate their own gestures within their apps. To make up for the new capabilities, it comes with a larger battery than can last ‘hours’ on a charge.

The camera has also been improved, largely in the software department. Samsung highlights the ability to use different video effects such as shallow depth of field– basically portrait mode applied to motion – as well as action camera-quality stabilization. On the audio front, the Note 10 uses three microphones that can ‘zoom’ into specific areas to match your video’s field of view. And you can bring it all together thanks to a new built-in editing app.

There are some other neat features. Samsung is making it easier to link the Note 10 to your Windows PC with an app that allows you to sync your messages, photos, and notifications, as well as mirror your phone‘s screen. You can also now use Samsung’s DeX desktop UI with a single cable that comes in the box, and even run it from your laptop.