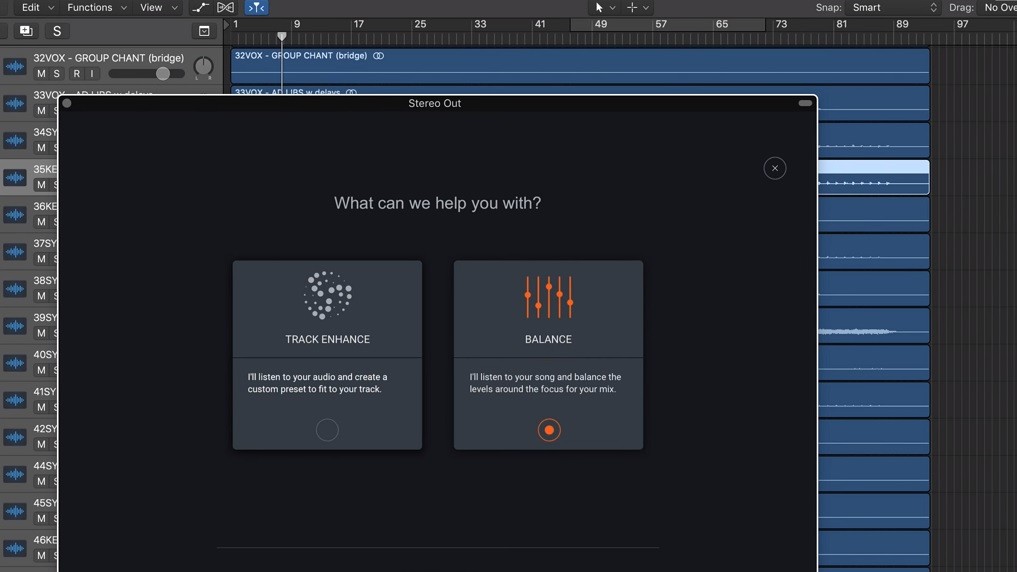 Izotope’s Neutron 3 Advanced audio software is an AI-powered mixing assistant you inject into your favorite DAW. It uses machine learning to balance and EQ your audio tracks so you can spend more time getting your music right and less time fiddling with virtual knobs and sliders. It’s like having an assistant engineer sitting next to you, except it won’t eat all the chips or ask to borrow your gear all the time.

The biggest bottleneck I face when creating music in my home studio is the mixing process. The days I spend writing and recording are filled with joy. But once it’s time to knuckle-down and engineer the tracks, a dark cloud casts a soul-sucking shadow across my console. And there I sit: listening to the same clips a million times to make a million minute adjustments to dozens of different parameters. It’s like trying to solve a math problem written in invisible ink by revealing it one pixel at a time.

Thankfully, Neutron 3 Advanced brings an all-new Mix Assistant to the table that’s managed to eliminate about 80-percent of the work for me.

Neutron 3 is audio software you insert into your digital audio workstation (DAW) and add to your tracks and buses. It doesn’t matter what kind of music you’re making, but if you’re layering a lot of individual tracks you’ll get more out of it.

Everything about Neutron 3 is incredibly easy – and I don’t just mean for audio professionals who’re already familiar with this kind of thing. To get it working all you have to do is purchase and install it. It uses a standard installation wizard. Once installed, you simply open your DAW and make sure it detects the plugins.

Then it’s business as usual. I built a drum beat in Maschine 2 using Native Instruments’ Maschine Mikro as a MIDI controller then exported each individual drum sound as WAV files which were then imported into Reaper as tracks.

Though my tracks were separate, they sounded like crap when played all at once with no mixing. Here’s the rendered, raw, human version of my song:

At this point I’d normally start adjusting virtual faders and setting up my effects chains. On a typical song, I’ll spend anywhere from 5 to 15 hours working on balancing and EQ – depending on whether I’m starting from scratch or working off of presets. Pros probably take a lot less time, but it’s a tedious affair for me.

Instead, for this song, I loaded each audio track with an instance of “Relay,” a plugin included in the Neutron 3 Advanced bundle. It allows the Neutron software to analyze and compare tracks at the same time. Once each track has an instance (in some DAWs you can do them all at once) of Relay, you’re ready to add the Mix Assistant. There’s a few different ways to get things popping at this stage, but I chose to add the Visual Mixer plugin so I could see what was going on. This is an incredible visual mixing tool that makes it possible to set your soundstage through a drag interface. It’s awesome.

But I just wanted to see if I could get an AI to mix my song for me, so I hit the Mix Assistant button and chose “Balance”. Here your song’s tracks are listed and you’re required to pick what your focus is. I wanted to see how it handled vocals but I didn’t have any vocalists handy, so I sampled a YouTube video of a news report about Lamilton Taeshawn and dared the algorithms to work with that crappy audio file.

Neutron 3 parses your song in real time – you can wait for it to finish or click a button on the interface that takes you to the Izotope website’s tutorials page. This is a pretty cool touch, but I never used it. I spent the time listening to my raw song and picking apart its faults in my head. I assumed the AI would limit clipping and pump the bass and highs so that the song sounded poppy and sweet – something you usually see from beginners who don’t have studio headphones or monitors to mix with.

What I got was actually pretty astonishing. Here’s the unedited mix the AI spit out for me:

Keep in mind this is unmastered and none of the tracks have any effects on them outside of the compression, EQ, and gate applied by Neutron 3. It’s not perfect, but the software makes it really easy to tweak your music’s basic sound groupings.

From here, it’ll probably take another hour of listening to the mix on different headphones and monitors and then another hour of tweaks before mastering. But it only took me about 30 minutes to get this far and the AI‘s done as good a job as I could have (if not better).

I won’t oversell it and tell you that a complete novice can put out tracks that sound like Beyonce’s the day they download Neutron 3 Advanced. Because the more you know about the entire music chain from songwriting to mastering, the better your music is going to sound. This isn’t a shortcut to making great music, it’s a method by which you can reduce the load when it comes to balancing a bunch of tracks and getting them ready for rendering (mixdown, bouncing, whatever you want to call it).

It’s not perfect. DAWs have their limitations and, as this isn’t a standalone product, you may run into some problems depending on which workstation you use. I found Neutron 3 practically unusable with Audacity because the DAW kept crashing every time I tried to use Relay – but that wasn’t Neutron’s fault and it worked perfectly with ProTools and Reaper in my testing.

The bottom line is that Neutron 3 is a godsend for people like me. If you’re the type of person who loves the minutiae of mixing, or you’ve spent years developing awesome presets and you don’t need the help, this probably isn’t for you. But I absolutely love it. Neutron 3 will definitely increase my productivity in the studio by letting me focus on the parts I really enjoy. And that’s all I could ever ask for in an assistant engineer.

You can try a demo of Neutron 3 for free here. And the full version is available here for $279.