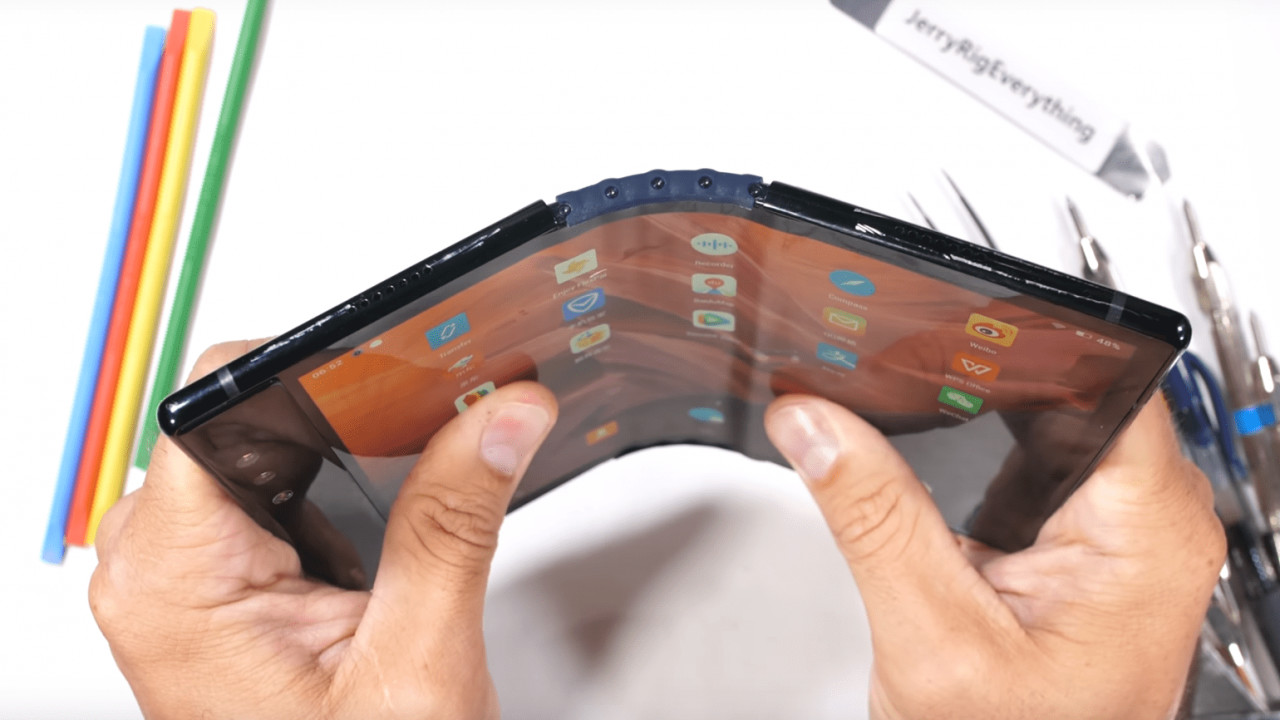 YouTuber JerryRigEverything‘s claim to fame is his collection of phone torture tests – especially the parts where he tries to break a phone by bending it with his beefy arms. But what happens when that phone is actually meant to bend?

At first, it seems the perfect foible, until you remember bendable phones are only meant to bend one way.

The star of this most recent bit of tech gore is the Royole Flexpie, a phone that beat Samsung and Huawei to the punch in making the world’s first foldable phone.  You can watch the whole thing below before reading on if you want to avoid spoilers:

Before the folding test, JerruRigEverything – who’s real name is Zack Nelson – goes through his usual gamut of other tests. While almost every other modern phone “scratches at a level 6 with grooves at a level seven” – requiring something harder than simple keys or most metals – we can see the plastic screen of the Flexpie scratches much more easily.

This is to be expected, as no one has quite figured out how to make glass foldable yet, though Corning is working on it. For the time being, you can expect this to be the case with every folding phone, though as Nelson points out, phones that fold the display inwards are obviously much more protected from stay materials in your pocket.

When we finally get to the bend test, we obviously have no concerns about the phone folding the way it’s supposed to bend. But when Nelson tries bending the phone the opposite direction, the Flexpie puts up a good fight. When it does eventually crack, however, it’s the hinge that fails rather than the display, because, you know… it’s bendable.

Unfortunately, the display does eventually get damaged too due to the lack of rear support, but it goes to show that in this respect, at least, flexible displays have an advantage over regular ones. You might be keeping an eye out for scratches more often, but you probably won’t have to worry about permanent damage to the screen every time you drop your phone.

Now, if only Samsung and Huawei could hurry up…