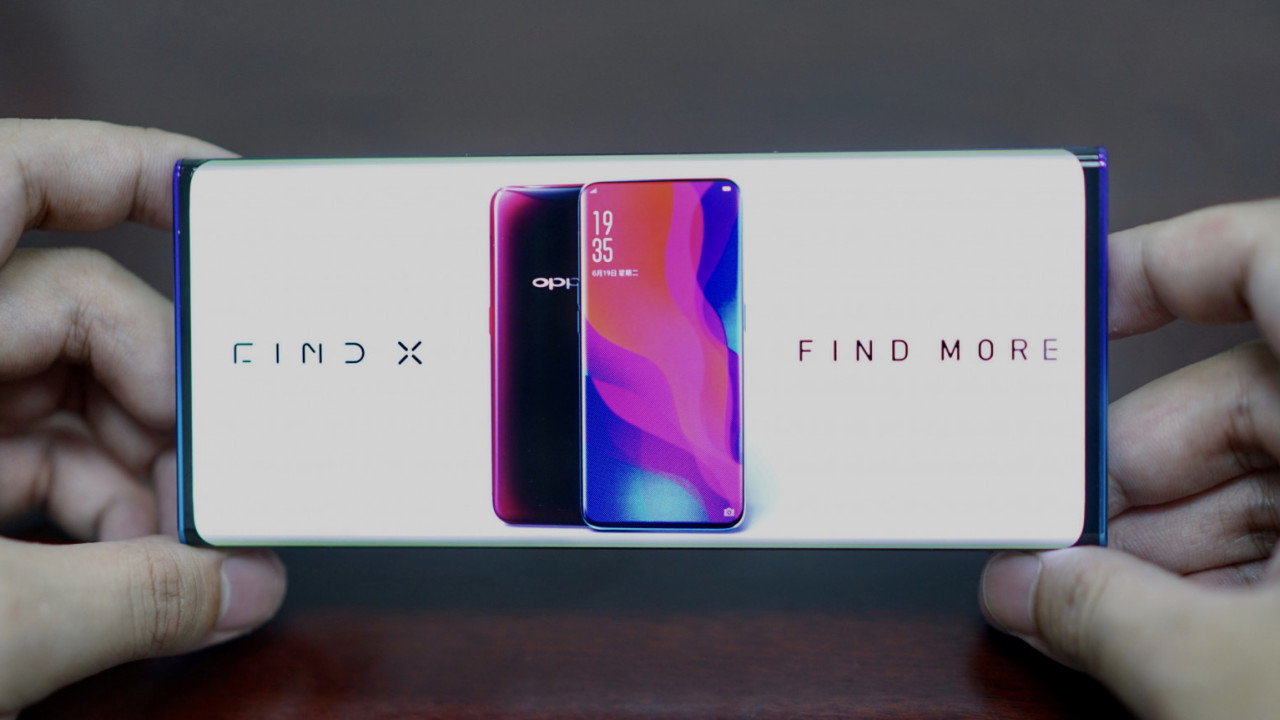 OPPO’s announcement of its new full-body “Waterfall” display technology was yet another reminder that we’re in a new era of smartphones: the interesting era.

After a decade of nearly identical glass rectangles, display technologies have caught up with the ambitions of phone companies, eager to differentiate themselves from their competitors by packing more screen than ever into their devices – and they’re are using increasingly imaginative tactics to accomplish this.

First, Apple adopted the notched display, which was immediately appropriated by its myriad of Android-touting rivals. These gradually shrunk the notch until it measured just a few millimeters across.

Shortly after, Honor and Samsung both released phones with full-body displays. These housed the front-facing camera in a small aperture within the screen, thereby removing the notch entirely.

And now we’re here. The latest salvo in this arms race from OPPO is particularly interesting – even if it hasn’t exactly been well received by the tech press.

Thanks, I hate it 😅 https://t.co/YslBkNEXnx

My colleague Ivan covered the news this morning, but for the sake of expediency, I’ll recap it for you: OPPO’s Waterfall display tech is designed to accommodate almost every square millimeter of front-facing space with a display, offering a nearly borderless experience.

It also comes with an 88-degree curvature, allowing it to tightly cling to the edges of the phone at a almost-right angle. This looks genuinely cool, although like many people, I struggle to think of a practical usage for it.

Notifications, maybe? Perhaps a flashy battery monitor that snakes along the side of the device, letting you see how much charge you’ve got left without needing to pick up your phone? I’m really struggling to come up with anything else.

And while it’s technically impressive, I always think it’s sensible to be a bit skeptical whenever a new display technology comes out. Why?

For a couple of reasons. Firstly, as with any novel and unproven technology, there’s always the prospect of things not working as you might have hoped (hello Samsung Galaxy Fold!).

But crucially, complex devices are hard (and extremely costly) to repair, which is something to consider given that the average phone contract length is 24 months long. Can you really imagine spending two years with a cracked and unsightly phone?

This fact has played out repeatedly over the past few years. In 2017, Apple shocked customers with the cost of replacing a busted iPhone X screen. Without Applecare+, a trip to the Genius Bar would set punters back nearly $280.

Things aren’t much better with Samsung: replacing the panel on a Samsung Galaxy S10+ costs $269, although repair prices are slightly lower for the smaller (and simpler) S10 and S10e models.

I’d be remiss if I didn’t point out that OPPO’s Waterfall display technology isn’t available yet. The company merely demonstrated it on just a single prototype via OPPO VP Brian Shen’s personal Weibo page, as well in a press release sent to the media.

There’s no official pricing for a replacement OPPO Waterfall display. How could there be? The fast-growing Chinese smartphone manufacturer hasn’t even announced what device it’ll ultimately feature on – or, indeed, if it’ll ever make it into production.

But if it does, my advice to consumers would be as follows: do your research. Wait until some durability tests come out. These will tell you how it stands up to the indignities of day-to-day life. And before you drop your money on a shiny new Waterfall-equipped phone, maybe investigate how much a replacement display would cost, should the worst eventually happen.