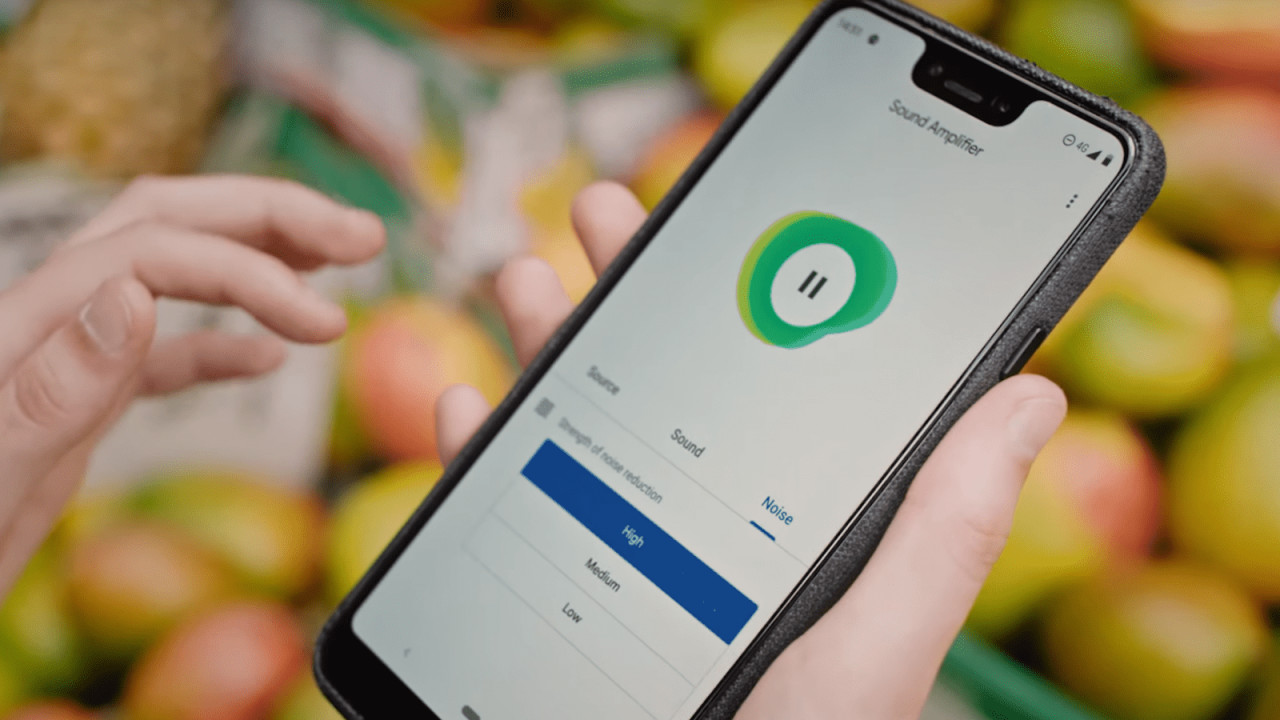 There are millions of people with varying degrees of hearing loss throughout the world, but modern technology means we have some tools to tackle this problem with the very devices in our pockets. Case in point: Google has an app simply named ‘Sound Amplifier‘ that can make it easier to hear speech in situations you might otherwise struggle.

The app has been around since February, but it just received a small update today and we thought it was worth highlighting for the folks who might’ve not been aware of it.

The app uses your phone or headphone’s microphone to sift through ambient sounds and enhance frequencies related to speech while reducing unnecessary noise. You can use this to hear conversations in a noisy restaurant or more clearly make out dialog on the TV without having to raise the volume, etc.

The app has a visualization showing when it’s actively detecting noise, and it lets you tweak the strength and finesse of its speech enhancement while choosing the level of noise reduction. It’s kind of like turning any wired headphones into noise-cancelling ones, except with speech enhancement capabilities should you need them.

To use it, simply download the latest version of the app from the Play Store, and select the app from your launcher. From there you’ll be able to customize speech levels, noise reduction, and whether you’re using your phone’s mic or your headphones.

The only caveat is that the app currently only works with wired headphones. Both 3.5mm and USB-C headphones are fine, but Bluetooth does not work, presumably because of latency issues. Hopefully, this is something Google will add in the future as Bluetooth technology improves through technologies like AptX Low Latency.

It’s a useful tool for both the hearing impaired and those who might want the occasional boost in intelligibility. It’ll work with any phone Android 6.0 or higher, and you can download it from the Play Store here.