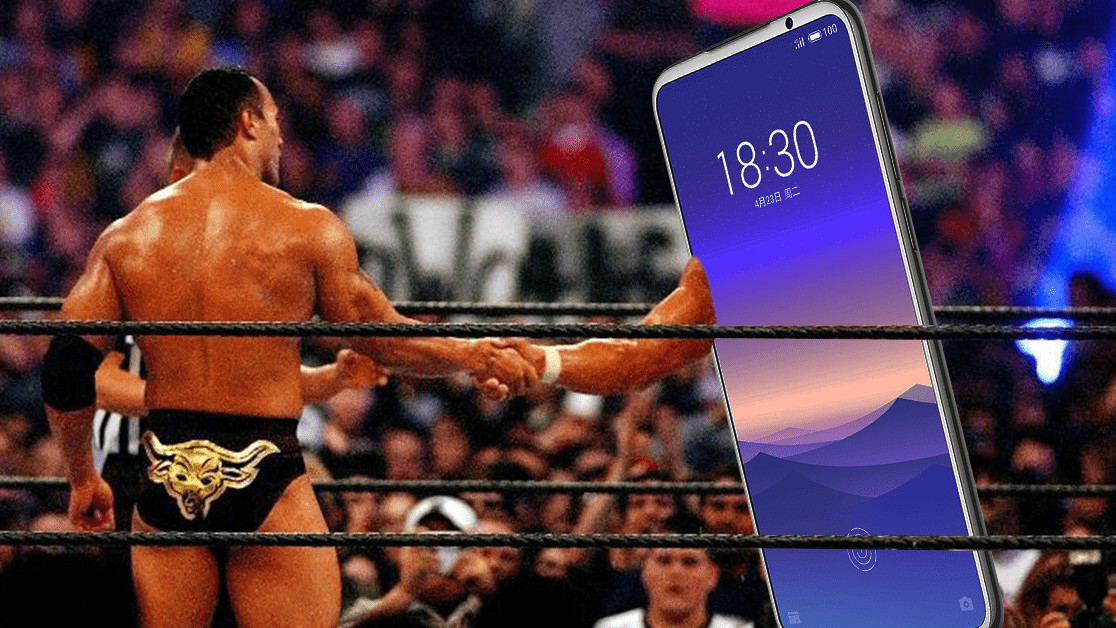 It used to be that a mid-range phone would give you, well, a middling performance, but now? Devices like the $599 Meizu 16s show that you can have your cake and eat it. Take that, Marie Antoinette.

I’ve been using the Meizu 16s for the past couple of weeks and found it to be a rock solid, feature-rich phone — especially for the price. Is it perfect? No, but it comes pretty close.

Let’s start with the basics, what specs does the Meizu 16s have?

For the cost (around $600), they’re incredibly impressive:

Impressive stuff. How does it run?

The Meizu 16s is fast and a pleasure to use. In my time with it I found Flyme, which is Meizu‘s customized OS, pretty decent. There were a couple of small bugs, but generally it was intuitive and easy to use.

Part of this could be down to the Snapdragon 855 platform, as it really makes the Meizu 16s hum along. Any apps and games I put on the device performed admirably — basically, it did everything I wanted from it with ease and aplomb.

The 91.53% screen-to-body ratio of the screen is immersive as hell, and I really appreciated not having a notch screaming in my face, which is one of the device’s main selling points. If the rise of that little black box on your screen enrages you, then the 16s has a pretty solid solution.

On the topic of the screen, its colors are vibrant and everything just ran smoothly, the days of juddering displays on mid-level phones appear to be long gone.

And the Meizu 16s’ build quality?

Generally, top notch. It feels like a premium bit of hardware. Although one thing that’s annoying is how slippery the phone is. The amount of times I put the Meizu 16s on a flat surface, only to watch it slide off seemed somewhat ridiculous. Yes, it can probably be solved with a case, but that shouldn’t be the, uh, case.

I was constantly surprised with the battery life, with me not having to charge the Meizu 16s overnight to make it through the day. Still, I would recommend plugging it in sometimes.

There’s an in-built fingerprint scanner that works… okay. If you’re in a dry, controlled place (like your desk), it’s flawless. If you’re trying to unlock your phone with a wet thumb (like at a bar), it’s a bit less reliable. There’s also a facial recognition unlock that works pretty slickly. All-in-all, a good range of unlock options on a mid-range phone.

Unfortunately, the Meizu 16s doesn’t have a headphone jack, but that’s now pretty much expected on flagship phones these days.

Damn straight, I was consistently impressed with the photos the Meizu 16s produced. Whether it was a cityscape…

…or a portrait-style selfie…

…the Meizu 16s thrived. Still, it wasn’t perfect. I found that the night time feature on the phone wasn’t brilliant, as it often made shots a bit blurry and out of focus. It’s definitely got nothing on the P30 Pro or the Pixel 3 in this instance.

It’s for the notch haters looking for a solid mid-range phone. Or, really, anyone who wants a high-quality device at a reasonable price.

So, the Meizu 16s isn’t perfect. It’s weirdly slippery, the Flyme OS takes some getting used to, and the fingerprint scanner isn’t all that great. Thing is, these are all very minor gripes. Overall, the Meizu 16s does almost everything right — something that makes it $599 price tag exceptional.

If you’ve been after a powerful phone with a shedload of features, but at a reasonable cost, then the Meizu 16s could be the handset for you.