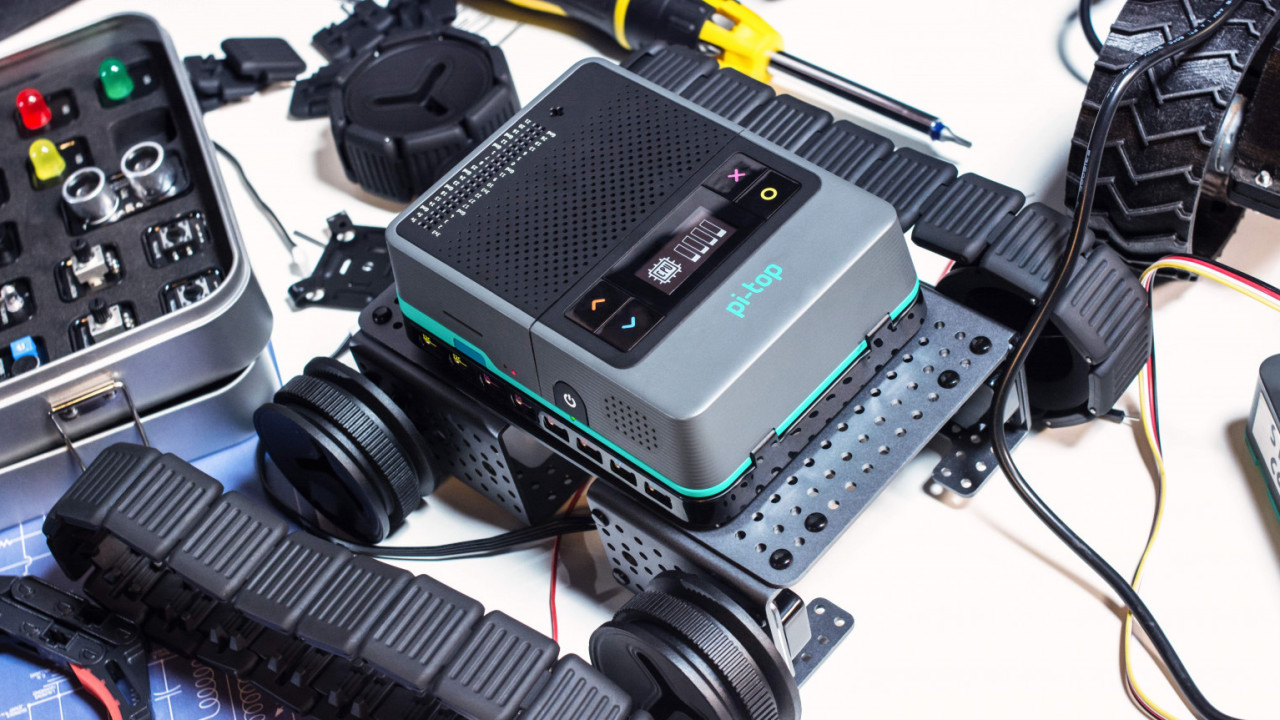 Pi-Top today announced its latest model – the Pi-Top [4]. As you’d expect, this machine is powered by the Raspberry Pi 4 computer, which boasts increased performance, and the ability to power two external 4K displays.

Oh, and it’s not a laptop. That’s a weird one, because Pi-Top is known for its elaborate Raspberry Pi-based portable computers. In its early years, the company 3D printed its machines, but as time has dragged on, its computers have become increasingly sophisticated – and, dare I say, a bit more professional.

The Pi-Top [4] comes in a square package and looks not too dissimilar from one of Intel’s NUC computers. It’s got a tiny footprint, but somehow manages to include a small integrated screen and a built-in battery.

Despite that, the Pi-Top [4] remains aimed at the maker community, and permits the user to connect their computer with external components. In addition, it provides an easy way to access the built-in GPIO ports.

Speaking to TNW, Graham Brown-Martin, Chief Education and Product Officer at Pi-Top, explained that the goal behind this device was to give users as much flexibility as possible.

“With pi-top [4] we decided to go back to the drawing board and design a new kind of go-anywhere mobile computer that allows people to create and innovate, whether they want to set up a weather station on their roof, design a musical instrument or use in a more conventional mouse and keyboard configuration for video editing,” Brown-Martin explained.

“It’s about giving people the freedom to follow wherever their inspiration takes them, with the compatibility and computing muscle to make the process frictionless,” he added.

The Pi-Top [4] will eventually go on sale on KickStarter, with pricing yet to be announced. To register your interest, head here.