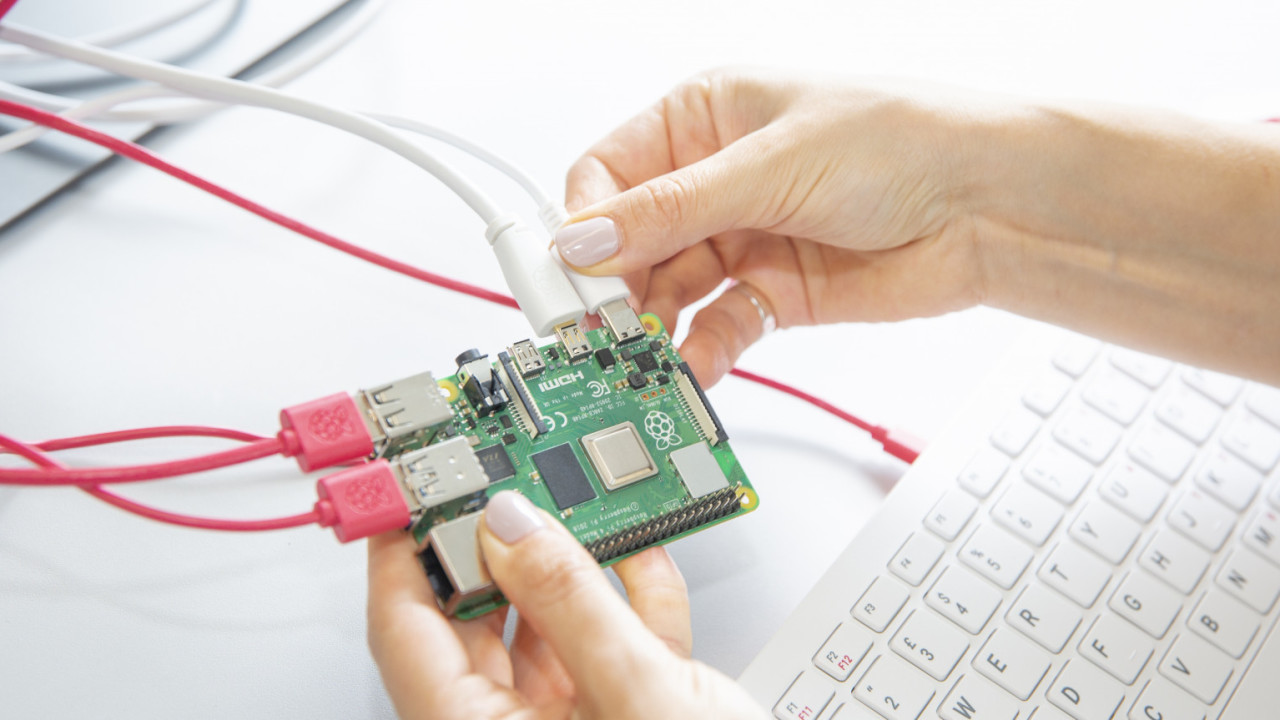 The Raspberry Pi foundation today announced the launch of its latest model – the Raspberry Pi 4. This pocket-sized computer isn’t an iterative improvement on previous devices, but rather a radical re-imagining that sees the company transcend its spiritual homeland, the education market.

My colleague Ivan Mehta covered the announcement earlier today, but here’s the Cliff Notes: it comes with a more powerful quad-core Broadcom processor, which can power up to two 4K displays via its dual micro-HDMI ports. Buyers can also choose to configure the computer with up to 4GB of RAM, which should greatly improve performance.

The Raspberry Pi 4 also upgrades I/O throughput via the inclusion of Gigabit Ethernet and the USB 3.0 standard.

Speaking to TNW, Raspberry Pi Foundation founder Eben Upton explained that this configuration was a deliberate love letter to those business and industrial users who adopted previous versions of the iconic credit card-sized computer.

“We have specific features in [the Raspberry Pi 4] which are a response to market feedback,” Upton told me.

The first is the ability to power dual displays, which Upton said was to “support the requirements of most thin-client customers.”

“We’ve had some success in this market with Raspberry Pi 3 and 3+, but single display is a major handicap,” he said.

The second is the ability to support the low-speed serial interfaces most commonly used with industrial equipment, like UARTs, SPI, and I2C.

With this in mind, you could be forgiven for thinking that the Raspberry Pi Foundation is no longer interested in the classroom. Upton was quick to assure me that wasn’t the case.

“While our sales into education are smaller than into industry, we still estimate we sold over 1 million units into that market in 2018 alone,” he said.

“What’s changed with Raspberry Pi 4 is that in addition to being a device for learning about computing, it’s also much more suitable than its predecessors for use as a general-purpose classroom computer,” Upton added.

And, to be fair, he’s probably right about that. While I haven’t used the Raspberry Pi 4 myself, I know for a fact that previous models have been frustratingly slow at performing day-to-day computing tasks, like Internet browsing. The increase in RAM especially should permit a more pleasant experience, although I still wouldn’t want to use a Raspberry Pi as my workstation.

With this in mind, I’m curious to see if the Raspberry Pi Foundation could ever imagine itself bundling the computer as a complete, ready-to-use workstation. Upton pointed out that the company already offers a desktop kit, which includes a mouse and keyboard, and it couldn’t imagine going beyond that point.

“The monitor market is very competitive: there are a lot of good-quality cost-effective monitors, so it’s not clear what value we could add here. Never say never, of course,” he said.

The Raspberry Pi 4 is available from today. The 4GB model – which you’ll probably want to buy – costs £53 (roughly $70). Arguably one of the biggest selling points is that it’ll permit developers to write their code on the same system it’ll ultimately execute on, making testing and troubleshooting that bit easier.

Crucially, the Raspberry Pi Foundation promises that this model will remain in production until “at least January 2026,” which is a welcome bit of news for those planning to use the device in long-term industrial computing applications.