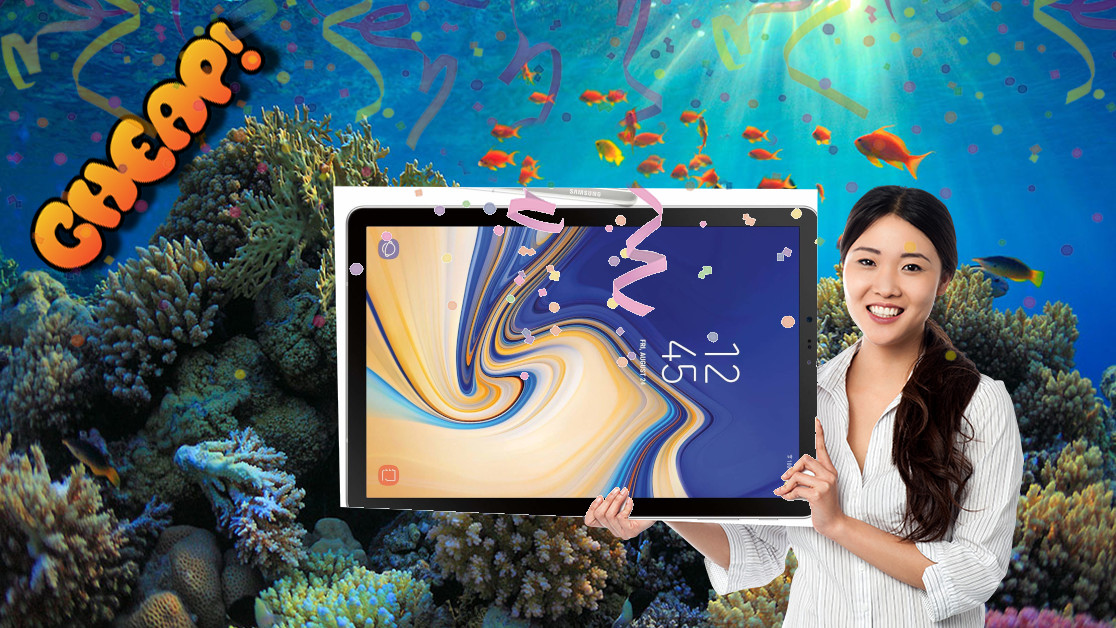 The iPad has few rivals. One of those is the 10.5-inch Android-powered Samsung Galaxy Tab S4, which is currently on sale at Amazon with $150 off the asking price. This deal includes the S-Pen, which typically retails for $59 separately.

This is a good deal, but I’d be failing if I didn’t point out that this deal is likely because its successor, the Samsung Galaxy Tab S5, is expected to arrive in the coming months. Furthermore, Samsung recently released a mid-range tablet, the Samsung Galaxy Tab S5e, albeit to tepid reviews. If you’re one of those people who want to be on the bleeding edge of tech, and aren’t too concerned about price, you’d probably best closing this tab.

Still with me? Cool. Thing is, the Galaxy Tab S4 ain’t a particularly bad piece of kit. It’s got a zippy octa-core Exynos processor and boasts a vivid FHD+ display. It’s got plenty of storage for games and films, and unlike the iPad, supports removable MicroSD cards.

But what makes the S4 so compelling is the array of peripherals that come with it. The keyboard cover lets you actually get some work done, and DeX gives you a more traditional-feeling PC environment, hypothetically allowing you to ditch your laptop.

For road-warriors on a budget, this deal can’t be missed. You can grab it on Amazon today for $499.99. Be quick!