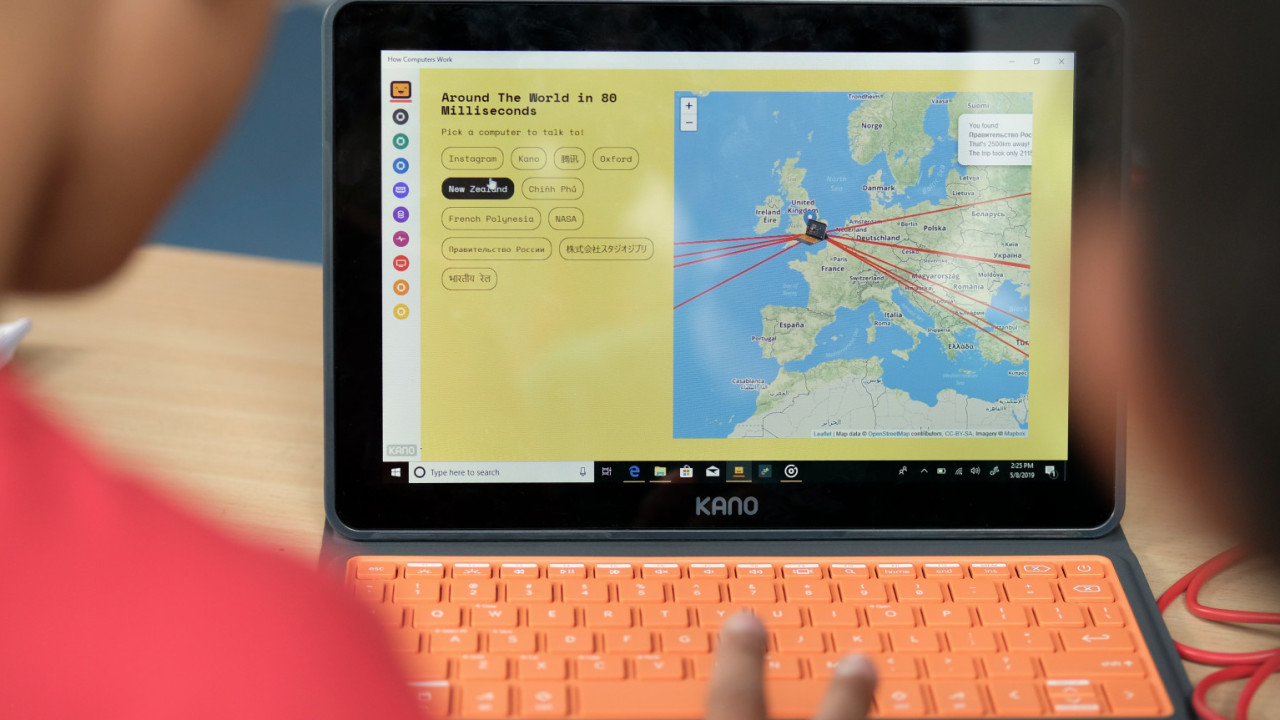 Kano is a company best known for its build-it-yourself Linux computers, which are primarily targeted at education users. But today, its direction changed somewhat with the announcement of a new Windows-based machine, which will go on sale later this year.

The Kano PC is an 11.6-inch Intel Atom-based tablet/laptop hybrid that runs Windows 10. Squint a bit, and you’d see it bears a passing resemblance to the diminutive Surface Go. Obviously though, it’s still got a child-friendly design that betrays the fact that this is obviously a tool for the education sphere.

Before we dive into things, let’s talk about the device’s specs. Although the Kano PC isn’t exactly a speed demon, I wouldn’t describe it as underpowered. In addition to serving as a development test-bed, it should also be able to handle everyday computing tasks, like browsing and doing homework. It ships with the following:

As is the case with previous Kano computers, the user has to manually build the machine. Following a step-by-step guide, they’ll combine and connect components into a working computer. Once it’s built, the user connects the device to a fold-out keyboard via an array of pogo pins.

Kano shared the set-up guide for the machine, and I’m impressed by how easy it appears. The entire process has been distilled into something that’s fundamentally pretty plug-and-play, and shouldn’t provide much of a challenge.

The actual computer itself sits on a PCB (printed circuit board), leaving few components for the user to manually install — namely the battery and the speaker. I’d argue that simplified design is probably because there’s a lack of a Raspberry Pi for the Windows market.

There are companies offering cheap Windows-compatible computer boards that offer the same level of customizability and control as the Raspberry Pi. The thing is, the market isn’t really that mature (arguably a consequence of the runaway success of the Raspberry Pi). Plus, I doubt many vendors are able to supply boards in the kind of volumes that Kano would need.

I’m a big fan of CoffeeScript. While it’s no longer the Hacker News darling it was in 2013, it still does a lot of things really well. Namely, it’s a more approachable window into the often intimidating world of JavaScript programming.

When it first came out, CoffeeScript’s biggest selling point was its approach to object orientation. It replaced the prototype-based way of OOP with classes, which can be found in most major other programming languages. Although JavaScript later received classes in ES6, there’s still reason to like CoffeeScript, including the fact that it’s quite rigid about white space and overall ‘correctness.’ It’s this rigidity that makes it so appealing to novice developers.

Other apps included include Paint 3D, Microsoft Teams, as well as several Kano-built programs designed to provide a programming testbed. The Kano PC will also include Minecraft: Education Edition. That’s not a surprise, given Microsoft acquired the game’s developer, Mojang, in 2014 for $2.5 billion.