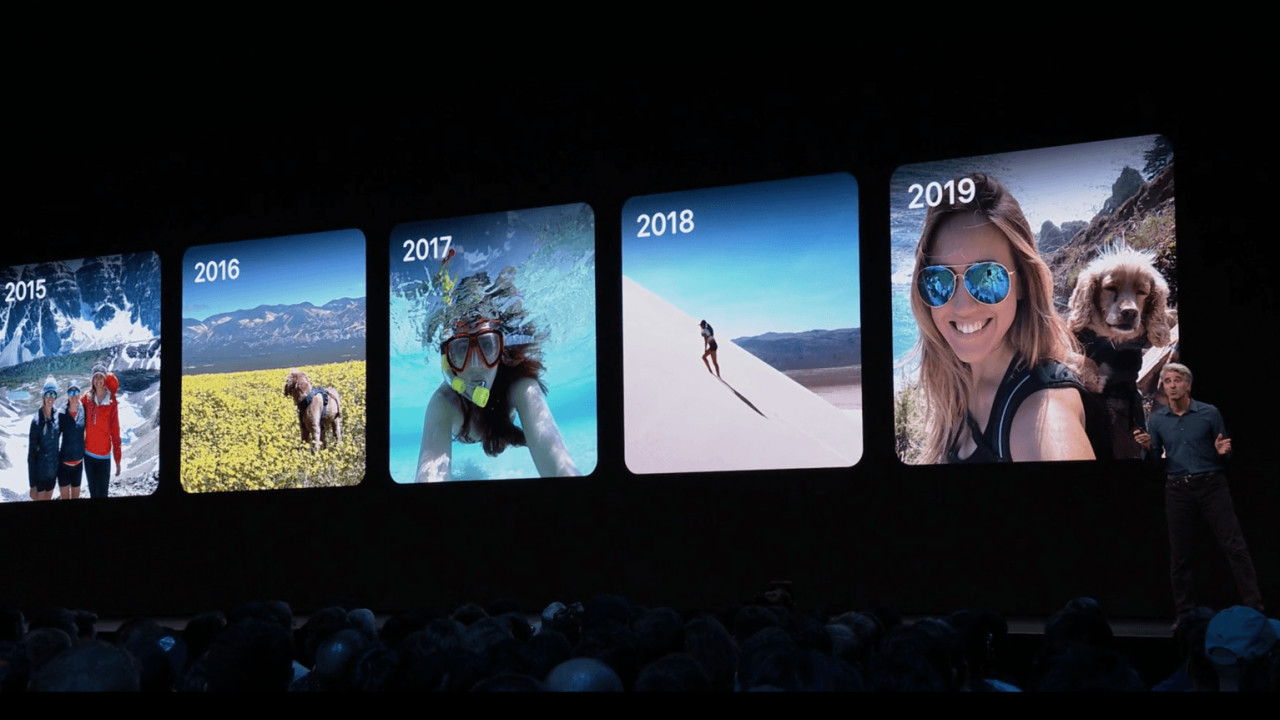 The iOS Photos app received a significant overhaul at WWDC. In addition to new editing features, there’s also a new focus on making it easier to appreciate and manage the photos you’ve already got.

Fundamentally, these vary by the content being shown, but all have one thing in common. Across the three modes, the iOS Photos app uses machine learning to automatically hide pictures you might not be interested in and highlight your best work.

In Days, for example, pictures of whiteboard scribbles and expenses receipts are buried. So too are duplicate photos. Instead, it’ll highlight distinct photos you’ve taken, such as those of your children, or from a night out with friends. Live photos and time lapses play automatically as you scroll through, giving it a vivid and active feeling.

Months, on the other hand, takes a much more granular view of your photo library, highlighting just the moments it perceives to be meaningful. Years, on the other hand, takes a high-level view of your library. This is dynamic and is based on context. So, for example, if you look at pictures taken on your birthday, it’ll show you others taken on that day in previous years.

Photo editing features also received an overhaul in this version. The Photos now also offers some Lightroom-esque editing features, like the ability to adjust brilliance, highlights, and shadows. You can see the full list detailed below:

And, as a bonus, it’s now possible to rotate videos. That’s handy.