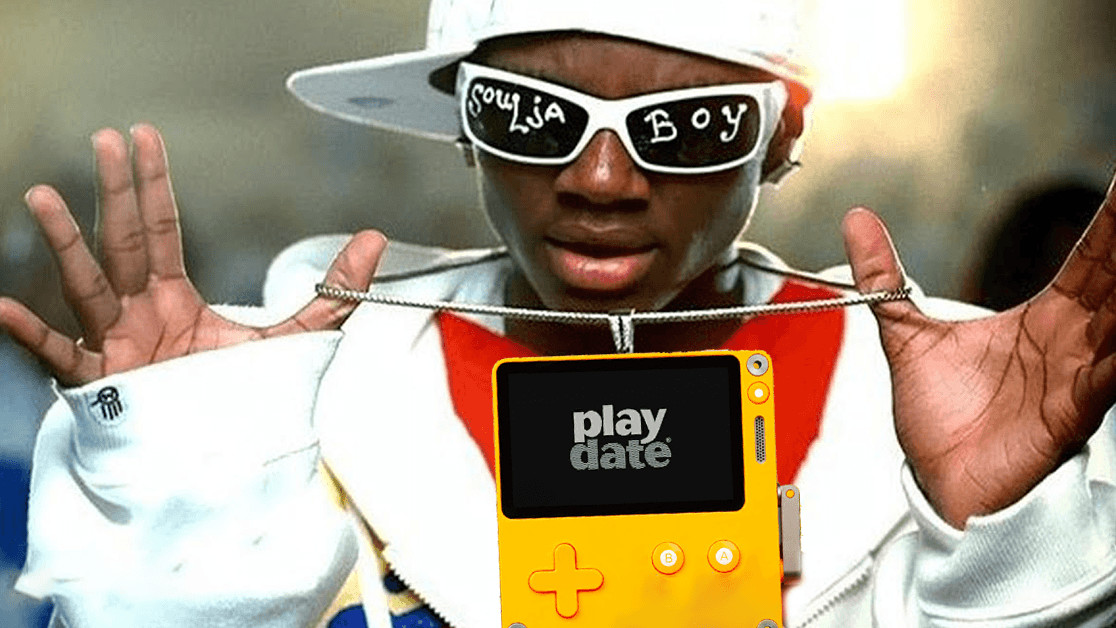 I love it when a bit of gear surprises me. And today? That surprise is the weirdly brilliant games console the Playdate.

This little handheld device (it measures 74mm × 76mm × 9mm) looks like a cross between the Pikachu GameBoy Color and GameBoy Advance, but with one major difference: it has a crank. Yes, a literal arm that you turn as though you’re operating an old school music box.

The Playdate’s screen is black-and-white (with no blacklight unfortunately) and it also has Wi-Fi, Bluetooth, USB-C, and a headphone jack.

Design-wise, Panic, the company behind the Playdate, built it from the ground up. Excitingly for the music nerds among us, they also collaborated with Teenage Engineering, the business behind the awesome OP-1 and other synthesizers.

But, more on the crank, because that’s why we’re here, right? Panic is working with a range of indie developers who will create games that use the crank. There’s a sneak preview of how this will work in an upcoming title for the Playdate, Crankin’s Time Travel Adventure, here:

About those games. We reached out to some of our favorite people, like @KeitaTakahash, @bfod, @helvetica, @shauninman, and many more.

Here’s a peek at one: Crankin’s Time Travel Adventure, from Keita. It’s fun and funny. pic.twitter.com/0Ibwqr5k3I

On the topic of games, Panic’s approach is badass. Rather than, you know, paying for titles like a chump, games are included with the purchase of a Playdate. Yep, every week for 12 weeks, you’ll get a selection of exclusive games delivered straight to the console. The company refers to this as a “season,” which suggests you’ll have to subscribe after the initial one, but, honestly, that seems fair enough.

The Playdate is priced at $149, which is very reasonable considering it’s an indie project. Panic says the games console will ship in 2020, with pre-orders becoming available later on in the year.

I, for one, can’t fucking wait.