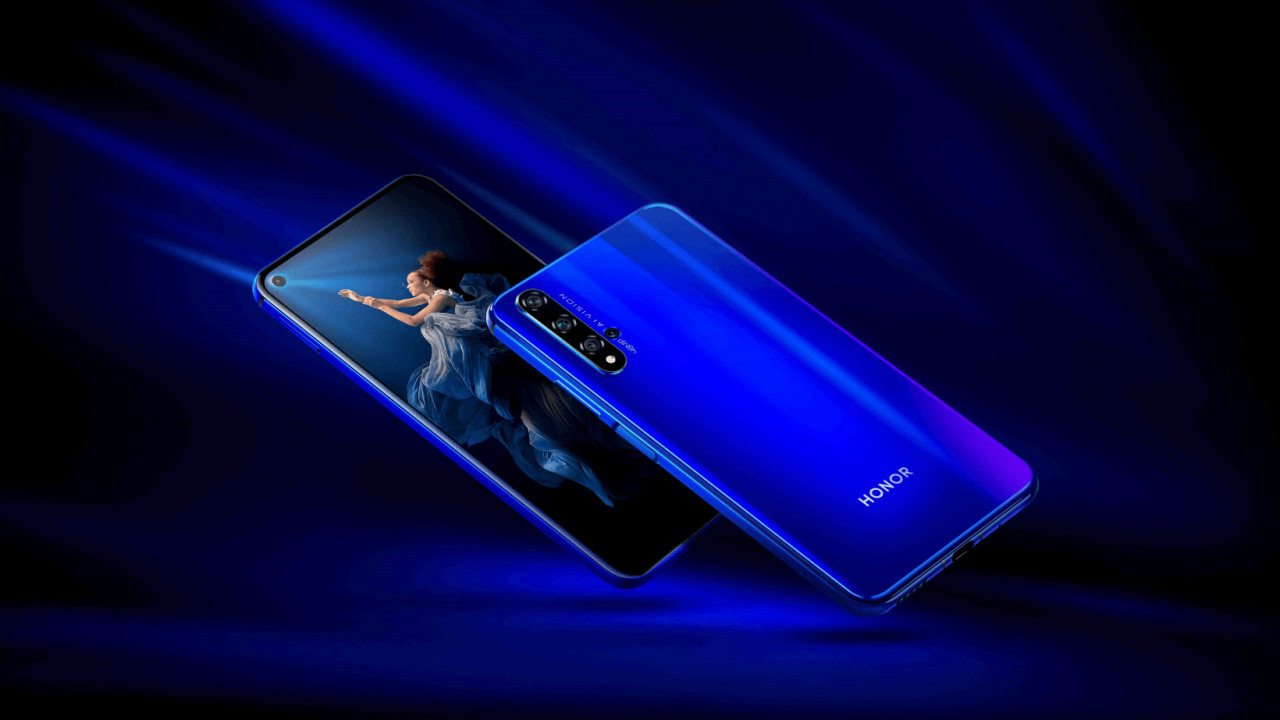 Recommending phones used to be easy. A few years ago, if a friend was coming to the end of their contract and needed to pick a new model, I’d tell them to grab the newest iPhone or Samsung Galaxy S-whatever. Now, it’s a lot more nuanced, and the top-tier segment of the phone market has lost its shine. So, what happened?

In short, the entire concept of a flagship phone became… I’m not sure redundant is the right word, but perhaps blurred?

Take the Honor 20 series, for example, which Huawei announced today at an event in London. The top-tier Honor 20 Pro model retails for €599 (about $670), which is a bit less than half the price of an entry-level iPhone XS Max. Here’s what you get for your money:

Now, I’m going to ask you: can you tell me where the compromise is here? Because I’m struggling to find one. It uses the same SoC (system-on-chip) as the Huawei P30 Pro, which retails for almost double the price. In terms of RAM, the Honor 20 Pro is exactly on par with the much more expensive Samsung Galaxy S10 (and, in fact, surpasses the entry-level Galaxy S10 in terms of storage).

The thing is, the Honor 20 Pro isn’t an outlier. The OnePlus 7 Pro, unveiled just a few days ago, also comes with formidable specs. Here’s what $700 gets you:

Again, let me ask you, where’s the compromise? Can you see a cut corner? I certainly can’t. On paper, the OnePlus 7 Pro is broadly equivalent to most devices in the highest tier of the smartphone market. It’s also several hundred dollars cheaper than the most basic current-generation flagship phone from Samsung and Apple.

In both examples cited (and I could mention other promising devices, like the Oppo Reno 10x and the Xiaomi Mi Mix 3), the tech punditry is on record as describing them as “flagship rivals” and “flagship killers.” And while I understand the logic behind the argument, I don’t think it’s quite right.

I think on quite a fundamental level, the definition of a flagship phone has broadened. You could even say there are two types of flagships.

First, you’ve got the slickly-marketed, aspirational devices, like those touted by Samsung and Apple. These feel almost analogous to designer clothes. While you can get cheaper alternatives that perform the same job equally competently, ultimately, you’re paying for the brand and the prestige it inherently carries.

Then you’ve got the flagships that compete based purely on technical innovation and sheer power. These carry top-tier silicon, and are often paired with generous helpings of RAM and storage. The OnePlus 7 Pro and Honor 20 Pro are both excellent examples of that.

What’s the difference between the two? In my experience, about $500.

And that gets to the heart of what makes recommending a phone in 2019 so complicated. Consumers are simply spoiled by a dizzying choice of worthy competitors. While it may be tempting to veer towards the incumbents, purely on the basis of brand recognition and familiarity, you’d be ignoring some seriously quality phones.

And then there’s another question: Do you even need a flagship phone?

There was a point when, if you bought a cheap phone, it’d feel cheap. During the nascent stages of the smartphone resolution, the most affordable models were blatantly compromised. They with grainy, low-resolution displays, and often used resistive touchscreens that were a nightmare to use. Storage and RAM were so limited, users would often be locked out of any future updates or upgrades.

Now, things are different. You can spend $200 on a phone and not feel especially hard-done by. While it might not be the fastest, or indeed, have the best camera, it’ll get the fundamentals right. It’ll have a decent HD screen, and probably some form of biometric authentication, like a fingerprint reader. It’ll probably use a Qualcomm 600-series platform, or some variety of MediaTek chip, which is enough for the basics of browsing and productivity.

We’re at a point now where almost every phone is, on a basic level, good. You don’t need to spend a fortune to get a solid experience.

This may sound unusual, coming from someone who writes about them for a living, but in 2019, phones are boring. And in a weird way, that’s not a bad thing, because there’s something quite pleasant about knowing whatever device you choose will do the job.